BYU welcomed U.S. Sen. Joe Lieberman to campus Tuesday where he spoke to students in the Marriott Center in a forum address titled “Faith and the Public Square.”

Sen. Lieberman expressed a special connection to the Mormon faith and Brigham Young University because of the core principles that the university stands for.

“Throughout my life I have been blessed to experience the bond that exists between people of faith whose faiths are different,” he said. “People of faith share a lot, beginning with our gratitude for what we’ve been given.”

Sen. Lieberman, an observant Jew, follows religious customs that have frequently intersected with his political life. Some have been initially puzzled or angry that he refused invitations to certain events because they happened during the Jewish Sabbath, but he said that when they found out that he was saying no because of his religious convictions, they accepted it and even respected him for his dedication.

“I was different from most of them in those practices,” Sen. Lieberman said, but because of the spirit of religious tolerance that exists in America, “those differences did not get in the way of them respecting my beliefs and supporting my career, and in some sense even feeling that interfaith bond because though we were different faiths, we were joined in classically American style by a shared belief in God.”

The intersection of faith and political life, particularly during a campaign for public office, is especially relevant now with Mitt Romney and Jon Huntsman, both members of The Church of Jesus Christ of Latter-day Saints, up for the GOP nomination.

Sen. Lieberman said the questions that are being asked concerning the relationship between politics and religion are not new.

“The questions go back to the founders of our country who wrote the Declaration [of Independence] and later the Constitution, and the words of our founders are relevant because they remind us from the beginning of America that we have been a nation that has defined itself not so much by our geographic borders as by our national values, and one of those values was and is a belief shared by most Americans that there is a God.”

Sen. Lieberman acknowledged that this idea may be controversial because while we have that belief, we respect the right of others who don’t share that belief. The founding fathers included those provisions in the Declaration of Independence and the Constitution.

“America has been from the beginning a faith-based initiative and anybody who tries to separate faith from the public square is doing something unnatural and ultimately bad for our country.”

Regarding Romney, Sen. Lieberman expressed confidence that the American people would not judge a candidate on how “different” his religion is from theirs, but as they did with John F. Kennedy, Jimmy Carter, and Sen. Lieberman himself, they would look at his personal qualities, his leadership, and his experience and qualifications as determining factors in their voting.

When Kennedy, a Roman Catholic, won the presidential office, Sen. Lieberman was in college. “When he won, I had some sense that doors had opened and that horizons had expanded for me. I didn’t know how or where that might help, but I felt inspired and empowered by Kennedy’s election.”

In 2000 Sen. Lieberman became the first Jewish American to become nominated for national office as the vice presidential running mate to Al Gore. “In that year I personally experienced the American people’s generosity of spirit, their fairness, and acceptance of religious diversity.”

Sen. Lieberman recounted that on the day he was nominated, Reverend Jesse Jackson said, “In America, when a barrier is broken for one, the doors of opportunity open wider for every other American.”

In addition to faith in the political realm, Sen. Lieberman also called on the need for increased faith in the everyday lives of Americans.

“A shocking number of Americans have lost the characteristic American optimism in America’s future… and many believe that America has begun an irreversible decline. In my opinion this pessimism is absolutely unjustified, unjustified by fact or history. I believe this 21st century will be another great century for America, but to make it so we have to regain confidence in ourselves. One of the big reasons for this optimism is because 90% of Americans believe in God.”

“Faith in God, love of country, sense of unity, confidence in the power of every individual—these are the things that are going to carry the American people through crises greater than the ones we face today, and will, I’m sure, propel us forward to a better place if only we will return to those values and recognize them as a source of national strength. And I hope in some sense, the presence of faith in the public square will let us do that. The greatest source of American strength and hope for the future is not in current devices and rigid politics of Washington, it is in the broadly shared faith and values of the American people,” he said.

“For a long, long time now, Brigham Young University has produced graduates who have understood all this and spread progress and growth throughout our country and indeed the world… I’m confident that when you go forth from these gates, moved by your faith and enabled by the education you receive here, your work and your service will help make America not only better but the more perfect union that we have always aspired to be.” 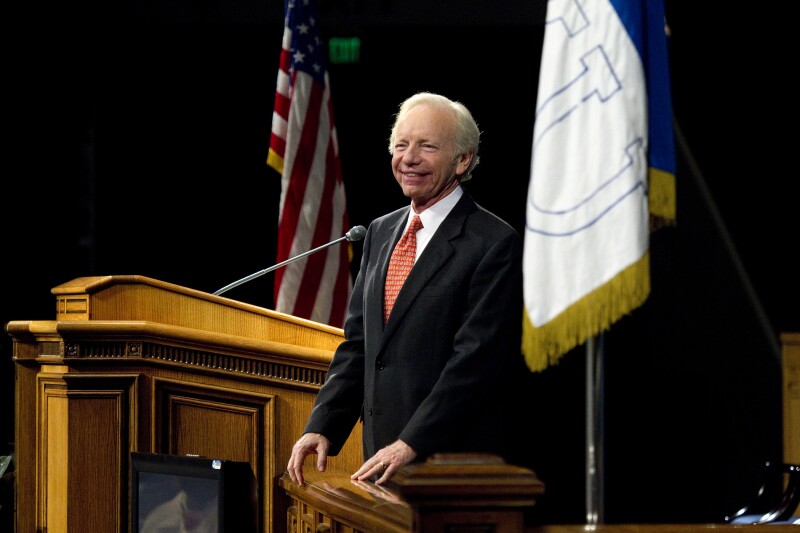 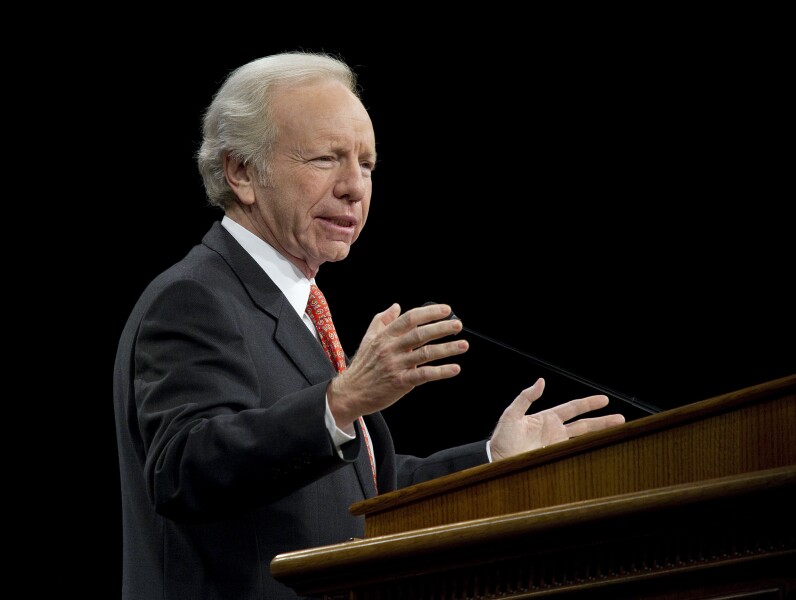 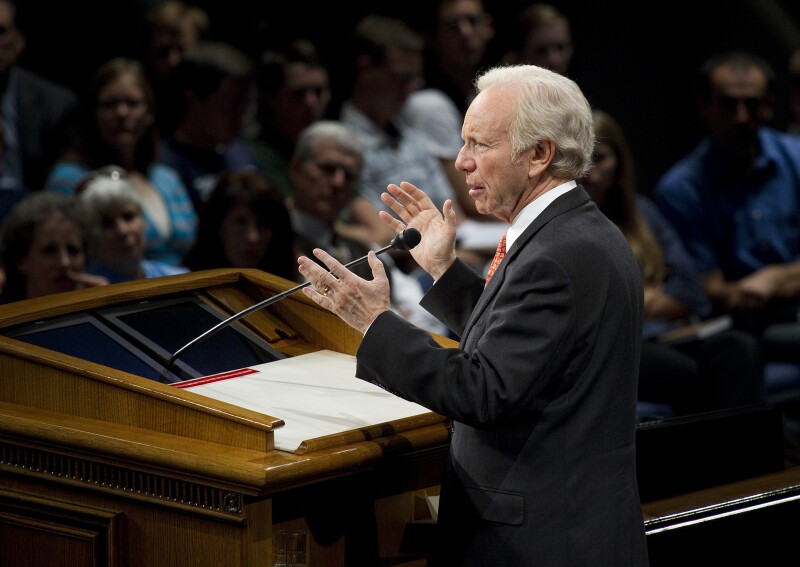 3 of 3
Lieberman2_2ST9304.jpg
Mark A. Philbrick/BYU Photo
1 of 3
Download this Gallery By clicking this link you agree to our Terms & Conditions
Related Articles
data-content-type="article"