A Brigham Young University biologist has developed a "bird breathalyzer" to determine whether sparrows and warblers are migrating under the influence of bayberries, gnats, or other foods in an effort to help protect the right kinds of habitats for the traveling birds.

Kent A. Hatch was the first to use isotope ratio mass-spectroscopy, a method of measuring different kinds of atoms, to analyze bird breath for clues as to what the birds ate earlier in the day. For a new study, he and two University of Rhode Island ornithologists fitted a small facemask over migrating birds' beaks and captured their exhaled carbon dioxide. The birds did not have to walk a straight line, nor answer any questions. But the researchers did also gather feathers, blood and feces before releasing the animals, something highway patrol officers are probably happy they don't need to do.

The study results are published Friday in the new issue of the journal "Oecologia."

Songbirds traveling up and down the east coast of North America need "rest stops" where they can replenish energy and protein burned during their taxing migrations. With development encroaching on many of these sites, ecologists want to identify the preferred diet and any alternative foods acceptable to the birds to ensure the availability of appropriate stopover habitats.

"We will combine this with similar studies in other locations to see what they're eating, to see what is good habitat and what isn't," said Hatch, who worked with URI's David W. Podlesak and Scott R. McWilliams to sample birds "refueling" on Block Island off the southern coast of Rhode Island. "We want to watch and see how varied their diet is to see how projected changes might influence available foods."

The researchers determined that three of the species under observation maintained a consistent diet during their migration, but white-throated sparrows had recently broadened their palette to include a new component, such as corn from bird feeders. At the same time, they found that yellow-rumped warblers had preferred protein-rich insects prior to their arrival on the island, but their tastes turned to northern bayberries during their pit stop.

To capture songbirds tanking up on the island, the researchers hung spider web-like nets hanging between vertical poles. After the unharmed birds were brought to a central location, team members fitted each bird with the facemask so it breathed pure oxygen from a balloon. The balloon captured the exhaled carbon dioxide, which was then transferred by syringe to vacuum-sealed test tube-like flasks. Gathering other types of samples was less complicated.

"After they fly into the net, you put them in a little bag, they get a little scared and it's really convenient because they defecate while they're in there," Hatch said, noting that the sampling techniques were as minimally invasive as possible.

Back in a BYU lab, Hatch -- an associate professor of integrative biology -- connected the seemingly empty flasks to the mass spectrometer. The extremely precise device counted the numbers of two different types of carbon isotopes (carbons with six neutrons versus carbons with seven neutrons) in each breath sample. By comparing the ratio to ratios recorded from the breath of laboratory birds fed a controlled diet, Podlesak, McWilliams and Hatch were able to estimate the wild birds' diet over the 24 hours prior to their capture. Separate analysis of carbon isotopes in blood plasma indicated clues as to what the birds ate three or four days earlier, while looking at their red blood cells hinted at diets up to a month ago.

Hatch explained that the high-tech methodology is not sensitive enough to nail down exactly what the birds ate, or distinguish between similar foods. "You can see if they are eating two very different components, like corn versus wheat, or marine animals versus terrestrial animals," he said. "The advantage is in integrating this with direct observations over time."

Hatch, who shares his campus office with two iguanas, a gecko, two other lizards, a snake and a salamander, plans to adapt his "breathalyzer" to get a read on the diets of bears and snakes, among other types of animals, for future studies. He is also working on a proposal to study differences in diet in migrating birds at different desert stopover sites.

"Who knew you could have so much fun with bad breath?" he said. 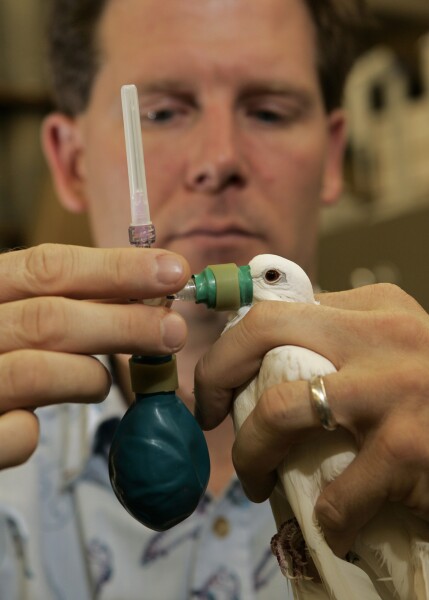 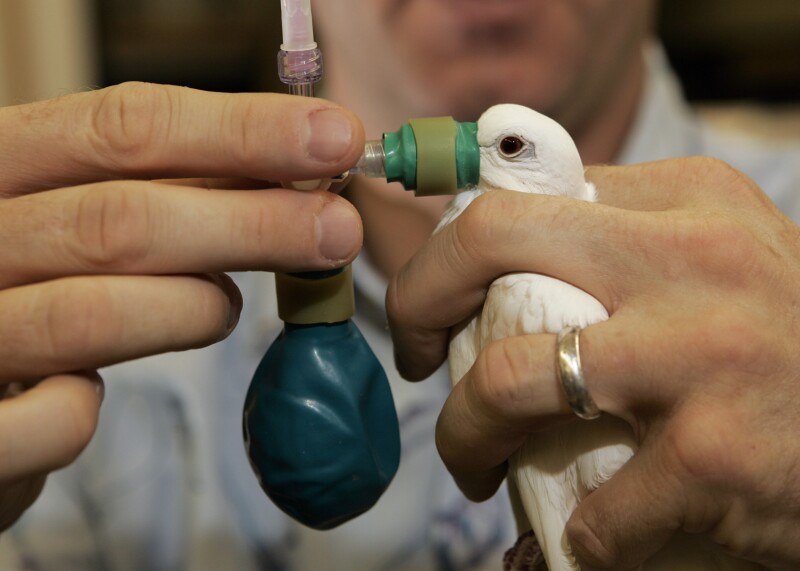 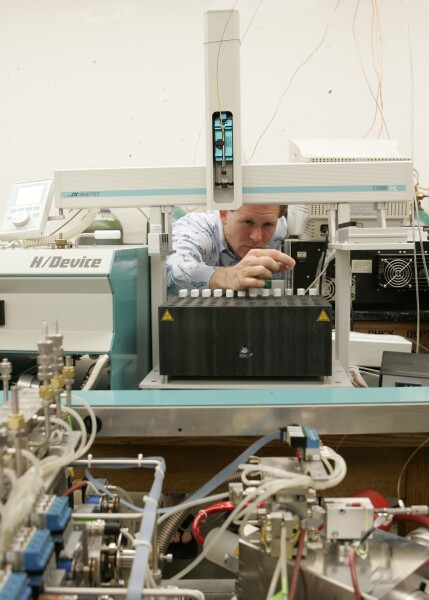 3 of 3
0501-15 54-L.jpg
Mark A. Philbrick/BYU Photo
1 of 3
Download this Gallery By clicking this link you agree to our Terms & Conditions
Related Articles
data-content-type="article"