Earplugs are a must if physics professor Kent Gee is your research mentor.

Back in the day, Gee was himself a physics major at BYU working alongside Professor Scott Sommerfeldt, whose research focuses on how to fight noise with noise.

The valuable experience started him on the path toward grad school and a spot on the BYU faculty, and now he’s making his own noise with undergrads. The projects range from NASA rockets to Air Force weaponry to gongs made in Bali.

“BYU has invested in a completely different model of education focused on undergraduate research,” Gee said.

The Ares I rocket was designed to replace NASA’s fleet of space shuttles. A year ago the first-stage motor was strapped sideways to the ground and tested in a remote area of Utah, as seen in this spectacular footage.

But before ignition, BYU Professor Kent Gee and his students placed an array of microphones and pressure sensors as close to the rocket plume as they could without the equipment getting consumed by the flames from the 22 million horsepower motor.

So what’s the point of all this?

On the practical side, Gee’s collaborators from NASA can estimate how loud things will get on board the next generation of launch vehicles. They also harvest clues about how to buffer the intense sounds.

On the fun side, Gee and his students get to create and tinker with ways to capture sound in this and other extreme settings. BYU mechanical engineering Professor Jon Blotter and Professor Sommerfeldt are also involved with the research.

How (and where) to maintain a Gatling gun

A 30 millimeter Gatling gun can cause a lot of damage – even during routine maintenance and recalibration. Used as an anti-tank weapon on the U.S. Air Force’s A-10 aircraft, the seven rotating barrels spit out 3,900 shells per minute. When test fired on the ground, the sound waves generate enough pressure to crack the concrete of nearby buildings.

That’s why a contractor working with Hill Air Force Base consulted Professor Gee on designs for an indoor test facility.

Gee and former student Matthew Shaw recorded the sound outdoors from a distance of 30 feet, where the volume reached a whopping 163 decibels. For reference, rock concerts get up to 120 decibels. The pain threshold starts at 130 decibels.

“If you were standing to the side while the Gatling gun was fired, some of your internal organs would hemorrhage just from the pressure,” Gee said. “Even with a muffler on the gun, the sound still blows a hole through plywood a few feet away.”

To absorb and contain the damaging noise, Matthew and Professor Gee recommended that the facility’s concrete walls be coated with a six-inch layer of rockwool insulation. The building contractors had some good ideas of their own as detailed here. The facility is now in use and expected to withstand 20 years of testing. Air Force personnel fire the weapons from a control room outside the facility.

Before graduation, Matthew won a prize at an international acoustics conference for a paper he authored about the building design. Matthew and Professor Gee have also written a more detailed study that is forthcoming in the journal Noise Control Engineering.

On the island of Bali, the traditional music features a variety of gongs. The biggest of the Balinese gongs makes a peculiar sound called an ombak ( click here to hear the ombak). Musicologist Jeremy Grimshaw directs a Balinese music ensemble at BYU and asked Professor Gee for help figuring out the source of the beating.

Physics major David Krueger and Professor Gee started looking for separate vibration patterns spaced only a few hertz apart. But they couldn’t find it at low amplitudes when the gong was hit softly.

When the gong was thumped hard, a second vibration pattern suddenly appeared that was spaced closely to another that was present all along. The interaction of the two waves makes the pulsing sound.

“It’s not done by accident,” Gee said. “The design is critical. It’s remarkable that some unschooled guy in Java is forging this intuitively. He’s basically doing non-linear physics on the fly.”

David and Professor Gee published their technical description of the gong’s acoustics in another paper for the Journal of the Acoustical Society of America.

“The thing that excites me most about these works is that they all resulted from undergraduate research and interdisciplinary collaboration,” Gee said. 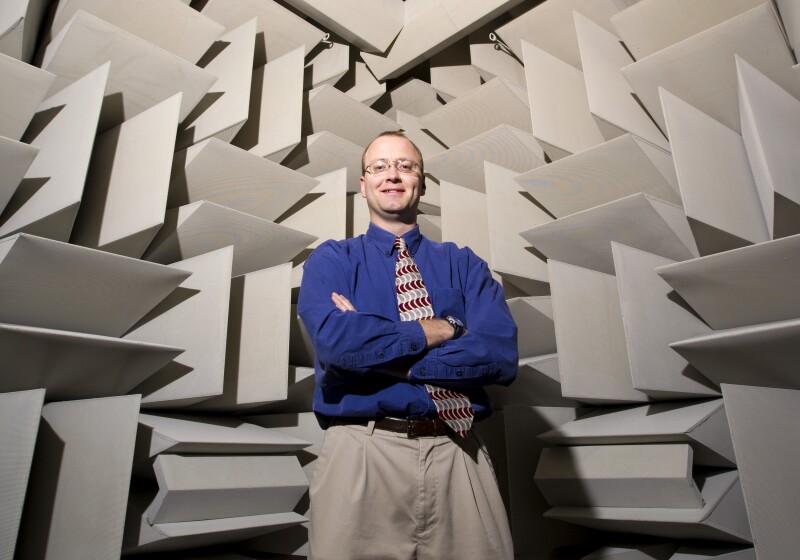 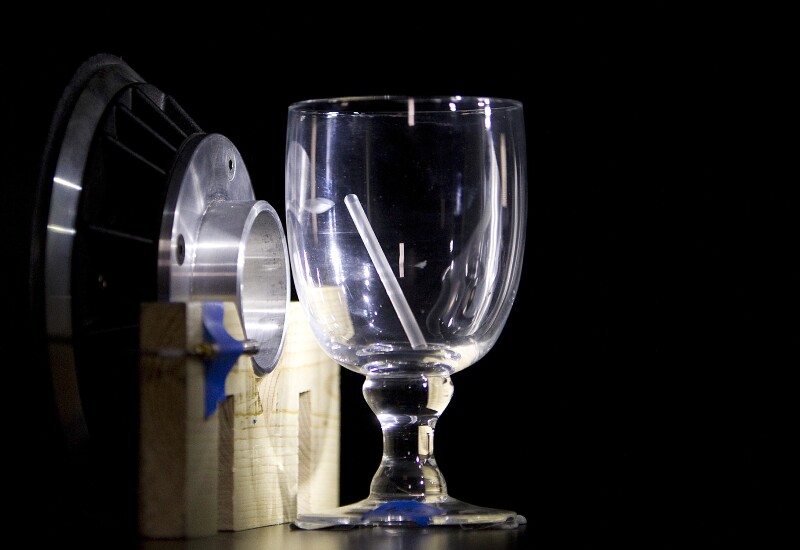 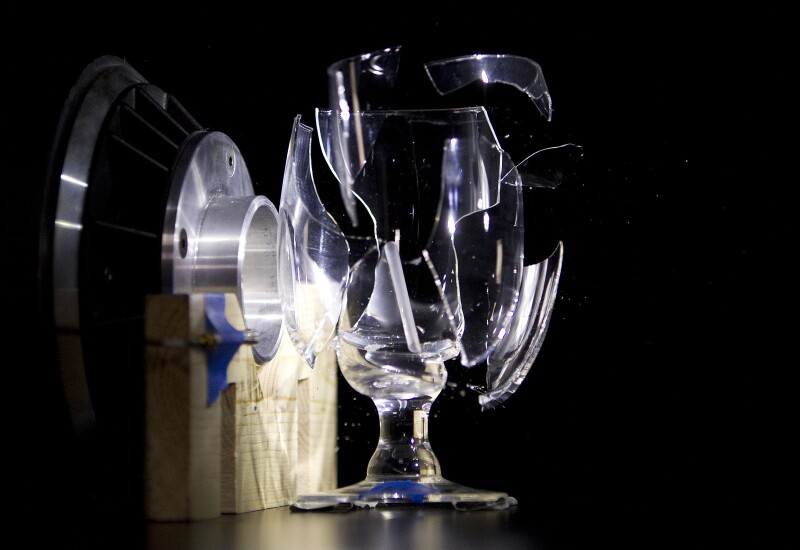 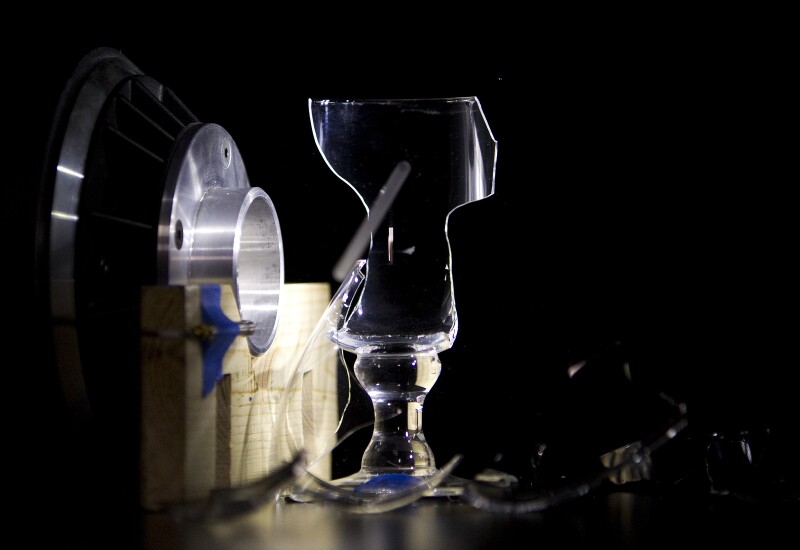 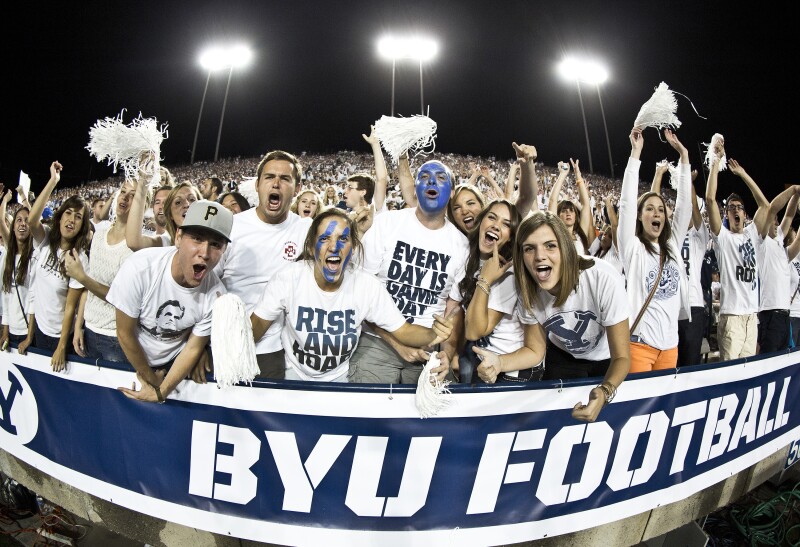 7 of 7
12FTB vs Washington State 2168.jpg
Jonathan Hardy/BYU Photo
1 of 7
Download this Gallery By clicking this link you agree to our Terms & Conditions
Media Contact: Joe Hadfield
Related Articles
data-content-type="article"