When Lynne Richardson, a 68-year-old computer software engineer, joined the newly formed New Horizons Orchestra in Provo, he found he couldn't get comfortable with his new viola.

He complained to orchestra director Andrew Dabczynski about a pain in his neck he thought was due to strain from playing the instrument. When the pain wouldn't go away after several adjustments, Richardson mentioned the problem to his doctor who discovered that, without surgery, Richardson would have had an aneurism.

After a brief absence for open-heart surgery, he's back with the orchestra getting ready for its upcoming concert.

"I missed about three weeks of practice, but I'm catching up real fast," he said.

Richardson plans to be on stage when the Brigham Young University School of Music and the Eldred Senior Center present the New Horizons Orchestra in its first-ever performance Tuesday, April 27, at 7:30 p.m. in the de Jong Concert Hall.

The performance is free and the public is welcome to attend.

The orchestra, an educational and musical group for senior adults, was formed in December to give individuals who had never learned to play a stringed instrument a chance to do so.

The orchestra has received support from BYU's Watkins Endowment for Music and Family and Summerhays Music Center.

The 60-member orchestra is conducted by Dabczynski, a BYU School of Music professor, and assisted by retired professor of viola at the University of Wyoming Gordon Childs and graduate student Burke Sorenson.

Other instruction for the orchestra has been provided by students in the Music 375 String Workshop class at BYU.

"The group is doing an excellent job," Dabczynski said. "We've made tremendous progress, steeper than I expected in many respects. It's remarkable that the group plays so well in tune, and they have a lot of musical sense about them."

The average age of orchestra members is 58, and the average performer had about two years of music instruction, though not necessarily training with the stringed instruments the group performs with.

"Clearly they haven't had a lot of musical training, but the ones who did are coming back like gangbusters," Dabczynski said.

But some had no musical training at all, like retired marine Vic Deauvano, 56, who is learning to play the cello.

"I never had the opportunity to learn a musical instrument, even though I wanted to play something," Deauvano said. "Growing up we never had the money. I came from a family of six, and we had a single mother."

But Deauvano loves playing the cello, and says that he sees improvement in his abilities every day.

"Most people in the orchestra have played something before, but people like me will be the real barometer of the success of the program."

And for those who have played in the past, old musical talents are resurfacing.

"I was a concert mistress in the ninth grade," said Marsali Cheney, 63, a mother of six reacquainting herself with the violin. "I played for three years in high school, and then put it away. It's always kind of bugged me that I didn't do anything with it, but I'm loving this. It's all coming back to me, and my instrument feels so much more comfortable to me now."

Dabczynski is pleased with his pupils' progress, and said the orchestra members have made some interesting discoveries in what music has meant in their personal and family lives.

"What's fascinating to me is the way people are learning," Dabczynski said. "I am convinced that people basically learn in the same way whether they are 10 or 70. Their manner of thinking and the processes they use are the same. The difference is that while the adults are learning in an elementary manner, they are able to give us adult feedback and an interpretation of the learning process."

Deauvano is excited about the orchestra because he wanted to give his 15 grandchildren inspiration to stick with their own music lessons, and he frequently plays music with a granddaughter he calls one of the best flutists at Provo High School and a 9-year-old granddaughter who is beginning to learn the violin.

Cheney said the most wonderful thing about playing with the orchestra is that everyone is able to play arrangements based on their own abilities, but that they can come together in a harmonious whole.

And Richardson's doctor is so interested, he plans to join up with New Horizons next year.

For further information on the Provo New Horizons Orchestra, contact Andrew Dabczynski at 422-2317. 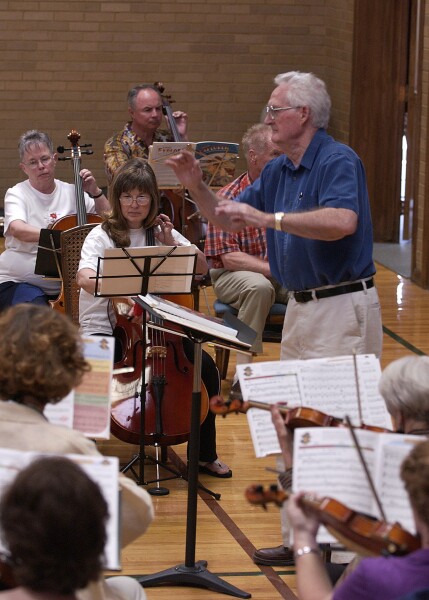 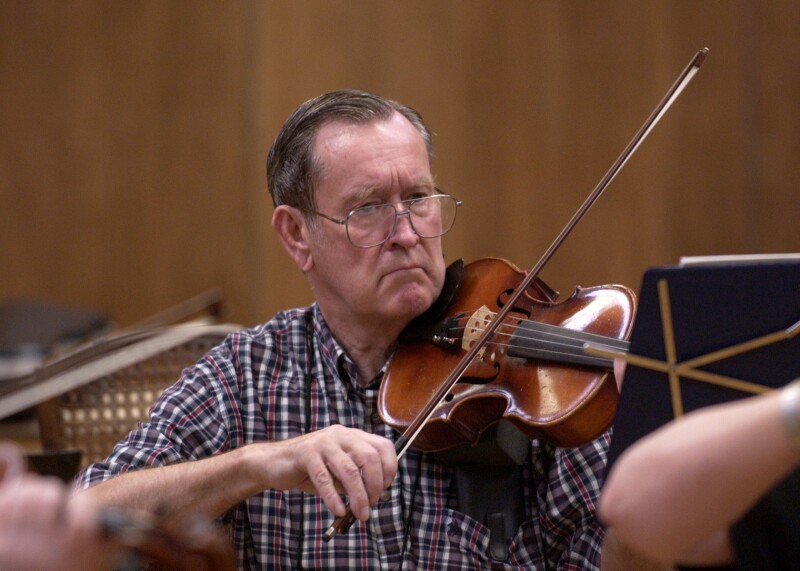 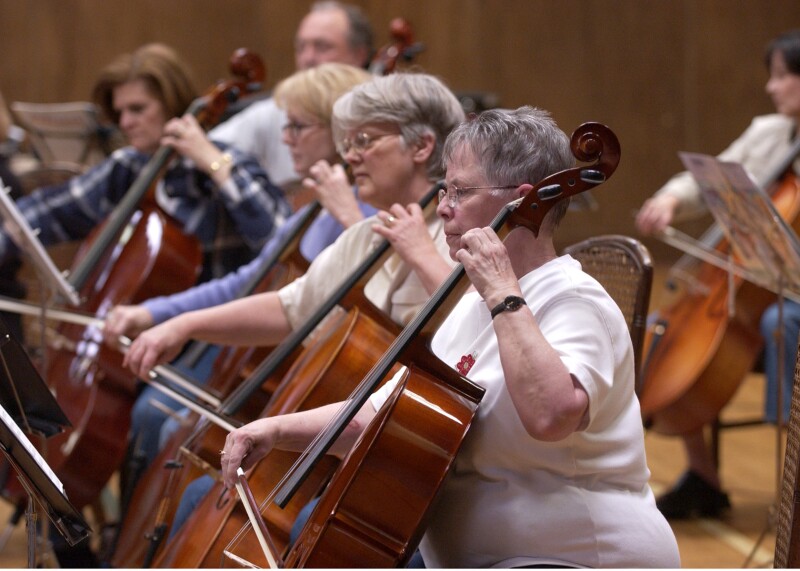 3 of 3
orchestra3-h.jpg
Mark A. Philbrick/BYU Photo
1 of 3
Download this Gallery By clicking this link you agree to our Terms & Conditions
Related Articles
data-content-type="article"