Device only dispenses pills according to doctors' orders

According to the Centers for Disease Control and Prevention, enough prescription painkillers were prescribed in 2010 to medicate every American adult around the clock for a month.

That sobering statistic gives way to more fatal outcomes: Drug overdose deaths in the United States have more than tripled since 1990, with a staggering 100 people dying every day from an overdose.

With the help of a Las Vegas paramedic who has seen far too many overdose deaths, a group of students from BYU’s Engineering Capstone program is doing its best to curb prescription painkiller abuse.

The students have created a regulating device that dispenses painkillers strictly based on pharmacists’ instructions. The idea is to keep people from taking more pills – accidentally or on purpose – than their bodies can handle.

“The fact that there isn’t a solution to the drug overdose epidemic really drove us,” said Dallin Swiss, a mechanical engineering senior on the Capstone team. “This provides a missing piece to that national dilemma, and so it matters whether or not we succeed.”

The device is a sophisticated prescription pill container that is tamper-resistant and break-resistant and dispenses only pills according to doctors’ orders.

The device must be plugged into a computer by USB cable for the pharmacist to access it and to load the pills. The pharmacist then uses software created by the students to specify how often the pills can be retrieved each day.

Once the device is unplugged from the computer, it locks and dispenses only according to those instructions. As an added safety measure, patients must key in an access code on the bottle each time a pill is ready to dispense.

“It’s amazing to look at what we’ve created and to know that we did it,” said team member Ben Spence. “From concept to design to working prototype, we built this from the ground up – and it works just as it was designed to work.”

In designing the device, the students looked at different types of dispensers for ideas – from gumball machines to straw dispensers and even Pez dispensers.

In the end they came up with a model that safely dispenses all sizes and shapes of pills, but only one at a time. The idea is for patients to reuse the same container for refills, which allows pharmacists to raise concerns if the device is damaged in any way.

“The project was a change from regular homework,” said electrical engineer student Madison Clark. “Instead of just trying to get a good grade, we were working on something that had to be perfect.”

Chris Blackburn, the Las Vegas paramedic and president of Blackstone, is the sponsor for the Med Vault device team. Blackburn has filed a patent for the invention and plans to take the student prototype into production.

“Once narcotics leave custody of the pharmacist and pass into the hands of the consumer, there are no safety mechanisms to keep the patient on their prescription regimen,” Blackburn said. “This project is designed to combat the abuse, misuse, overdoses and fraud associated with those drugs.” 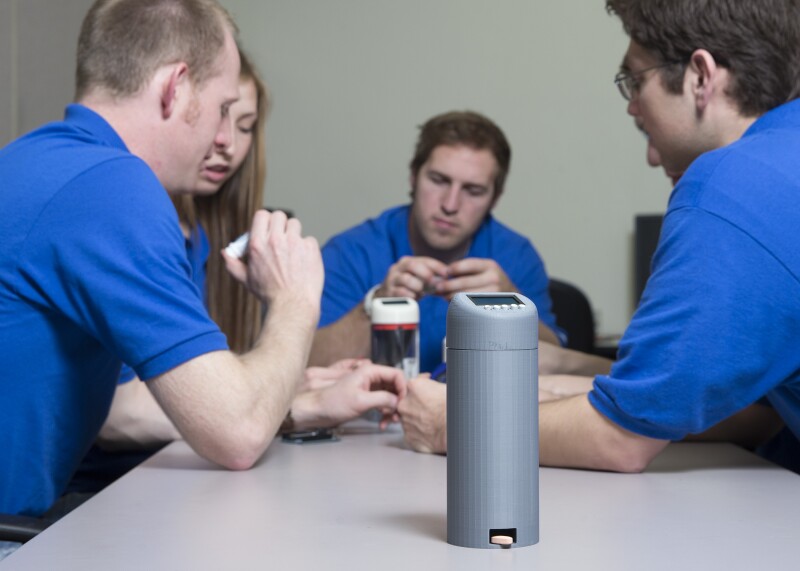 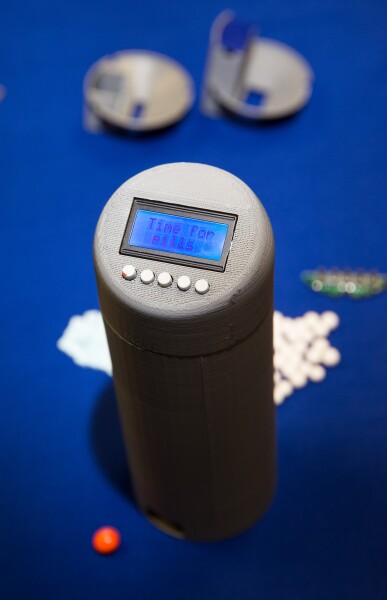 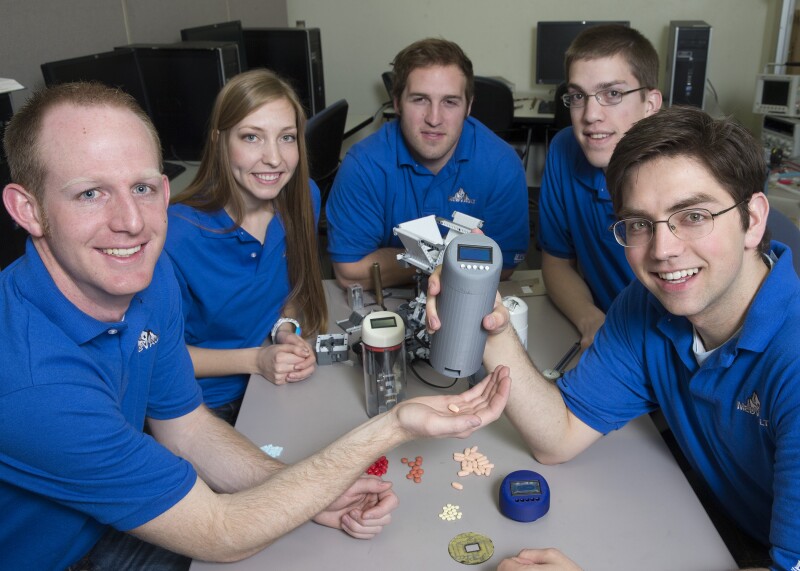 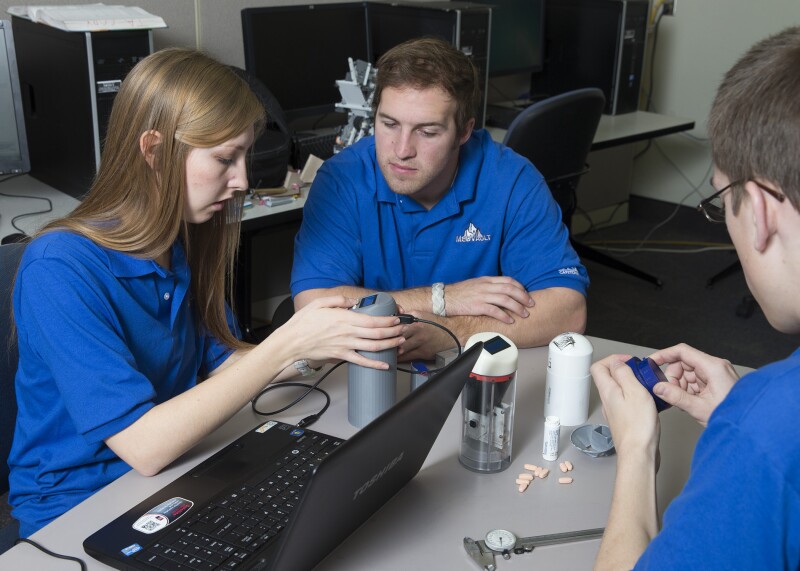 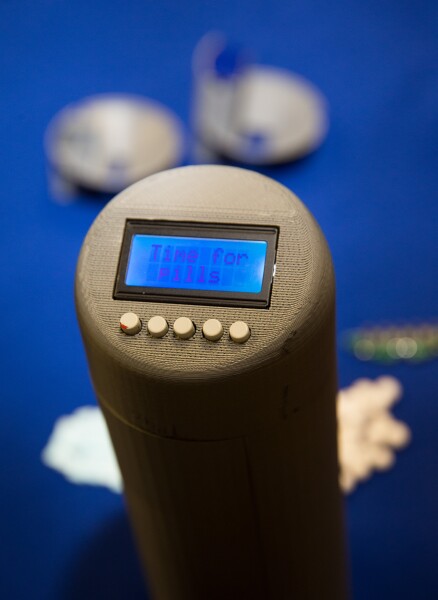 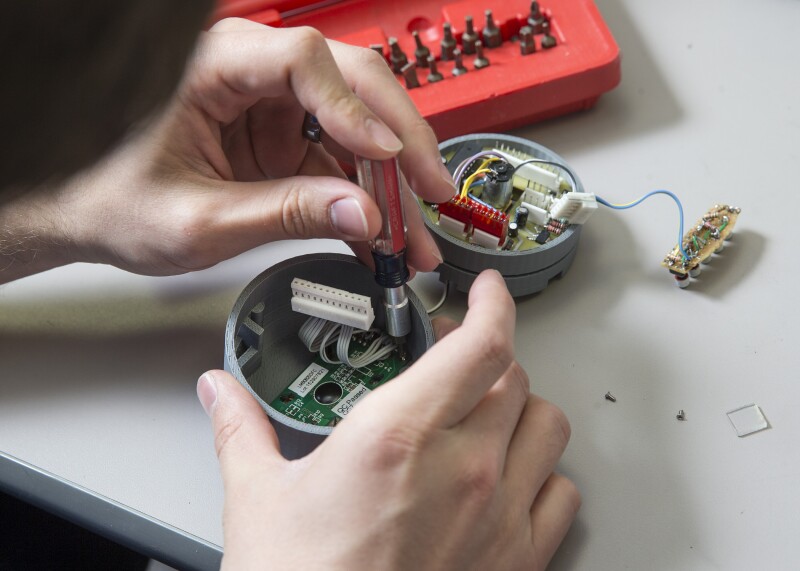 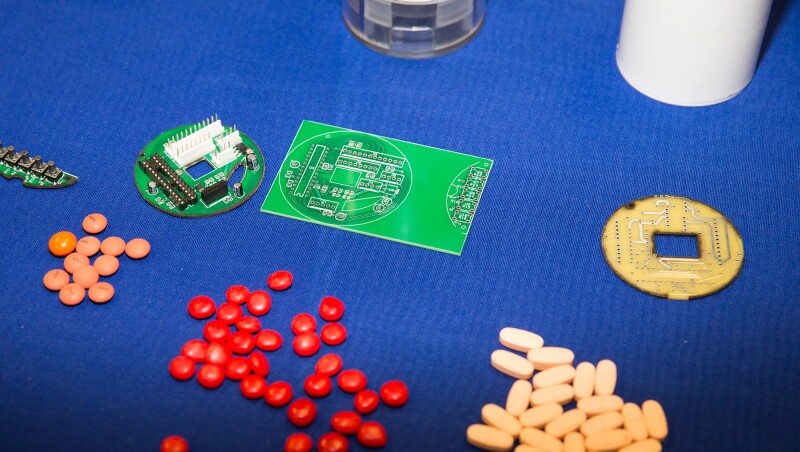