A new study brings good news to all the brothers out there: Having a sibling is just as good for you as it is for your sister.

That’s surprising to family scholars because boys typically report that they benefit less than girls from peer relationships.

“In our study, most relationships were not as important for boys as they were for girls,” said study co-author Laura Padilla-Walker. “But the sibling relationship was different – they seemed to report relying on sibling affection just as much as girls do. It’s an area where parents and therapists could really help boys.”

“Having a sibling you can count on seems to make a difference especially for prosocial behavior,” said Harper. “Best friends make a contribution, but siblings still matter.”

The BYU researchers followed 308 pairs of teenage siblings for three years. The project measured their development and tracked the quality of their relationships with friends and family members.

“This was the first siblings study to control for all these other important relationships,” Padilla-Walker said. “We can say that siblings are uniquely important, which is encouraging.”

The message for parents is that helping their children have a positive relationship with each other will yield lasting rewards. Boys who have a hostile relationship with a sibling were significantly more likely to have behavioral problems later on. But the researchers caution that just breaking up fights isn’t enough.

“The absence of conflict does not mean the presence of affection,” Padilla-Walker said. “It’s ok if siblings fight but help them get through that and have other positive interactions.”

Harper is the lead author of the study, which appears in the Journal of Research on Adolescence.

The Flourishing Families Project is a longitudinal, multi-informant, multi-method look at the inner-family life of families with an adolescent child. The project began in 2007 and to date includes eight waves of data (including questionnaire and video data) on nearly 700 families from two locations. The project involves dozens of BYU students every year in data collection and provides a unique opportunity for undergraduate student involvement. Scholarly articles by Flourishing Families researchers have been published in peer-reviewed journals such as the Journal of Family Psychology, Journal of Early Adolescence, Journal of Research on Adolescence, and Aggressive Behavior. 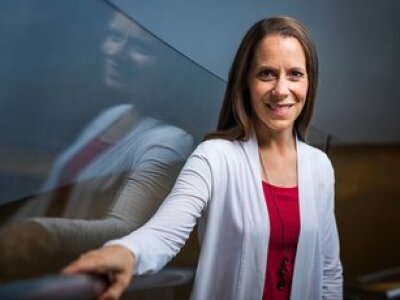 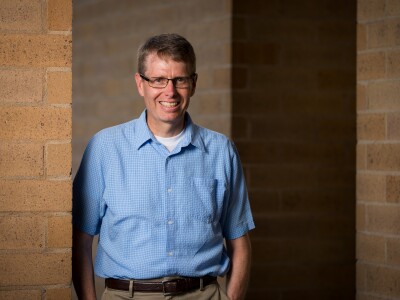 By Todd Hollingshead
A new parenting study led by professor Ali Crandall finds that the greater emotional control and problem-solving abilities a mother has, the less likely her children will develop behavioral problems such as throwing tantrums or fighting.