One of first graduates addresses College of Biology convocation

When Ryan G. Christensen addressed his fellow biology graduates at Brigham Young University in August, he was one of the few who had spent more time writing computer programs than doing traditional "wet lab" research. He earned a degree in bioinformatics, a new program at BYU that immerses students in high-level math, statistics, genomics and computer science in order to solve the most challenging problems in biology.

One of the top students at BYU, Christensen also majored in neuroscience and will attend Washington University in St. Louis to get his doctoral degree in computational biology – he turned down an offer from Yale. He spoke at the convocation ceremony of the College of Biology and Agriculture.

"Bioinformatics gave me a great deal of experience and confidence that I never would have gotten any other way," Christensen said. "The firsthand knowledge gained through mentored research and the growing confidence in myself as a researcher were central to my decision to pursue this as a career."

When Christensen first came to BYU, he originally planned to attend medical school and become a doctor. To broaden his background in biology he volunteered as a research assistant for David McClellan, assistant professor of integrative biology. McClellan assigned Christensen the task of collecting data from the Human Genome Project, the massive study that identified the thousands of genes in human DNA. Confronted with the overwhelming duty of breaking down the raw data so it could be properly streamlined and analyzed, Christensen began to consult computer science majors on how to design programs and algorithms in order to sift through the numbers. He found the challenge of designing complex computer programs to solve the analytical problems of biology so engaging that he decided to pursue a career in bioinformatics.

"I realized that rather than being a physician or a researcher generating biological data, I wanted to create methodologies of my own and spend most of my time analyzing data rather than producing it," Christensen said.

Given the rapid progress in genetic research over the past decade, bioinformatics has become a vital new field in biology. Biologists have found themselves swamped with massive amounts of data but unable to fully analyze it. Experts who understand the biology behind the data and who also know how to organize and sort through it using computers will be the key to designing a new generation of drugs that are customized to patients' genetic makeup, among other advances.

"It's clear that people who understand what a protein is, what DNA is and who can write software to analyze that genetic data will be essential in the future," said Keith Crandall, an associate professor of integrative biology who helped create the bioinformatics program.

The class requirements for the bioinformatics degree include courses in biology, mathematics, chemistry, statistics and computer science. This broad interdisciplinary smorgasbord is designed to create a unique batch of all-terrain students -- people who can not only comfortably mediate between computer science and biology, but also who use their programming skills to analyze the vast and complex world of proteins and DNA.

"The biological sciences have made some great breakthroughs in the past decade in DNA research, but they face an overwhelming challenge of breaking down all that genetic and protein data so it can be properly analyzed," said Dan Olsen, professor of computer science and chair of BYU's Committee on Informatics. "You simply can't attack the protein problem without computing skills."

Olsen oversees the university's efforts to incorporate informatics technology into fields beyond the natural domain of computer science. This includes not only bioinformatics, but also information systems in the Marriott School of Business, developing computer programs to aid the study of the humanities and teaching computer animation in the School of Technology.

"Exciting results happen between the disciplines," Olsen said. "When you have to bridge the gap between two fields you can solve problems in a unique and creative way."

Building on that premise, bioinformatics is a promising avenue for students looking for careers in the life sciences, medicine or pharmaceutical research. Their computer skills combined with an ability to visualize challenging problems and find solutions make them extremely competitive not only in the job market but also in being accepted by top graduate schools.

"We anticipate our majors will be marketable straight out of their undergraduate studies to biotechnology and pharmaceutical companies," Crandall said. "They will be similarly prepared for Ph.D. programs in computational biology, bioinformatics and bioengineering." 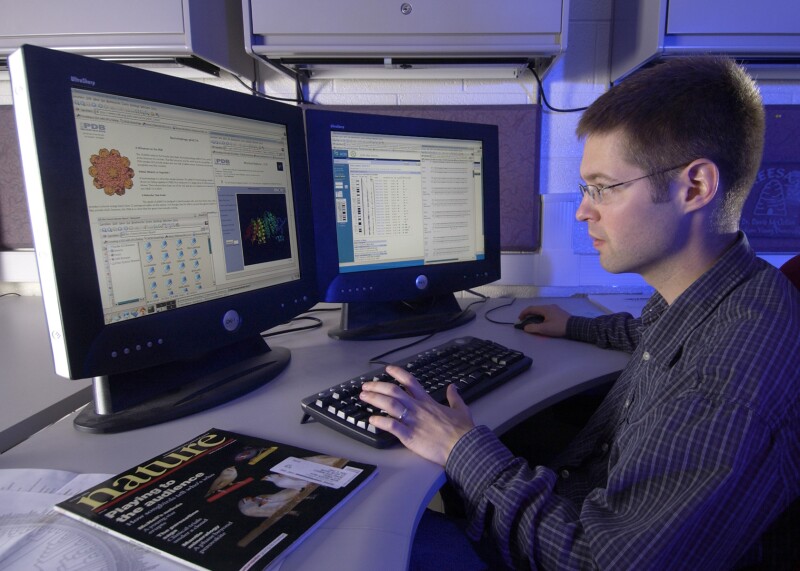 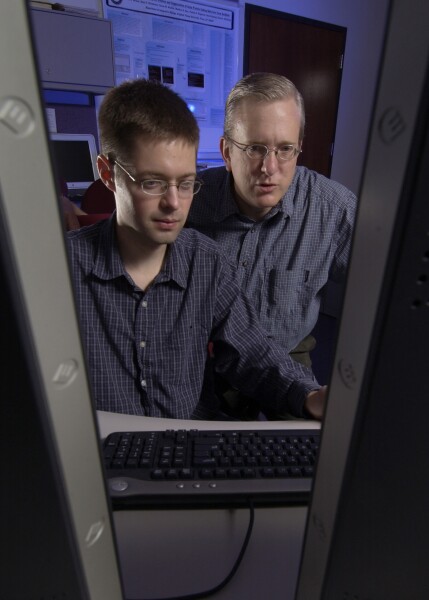 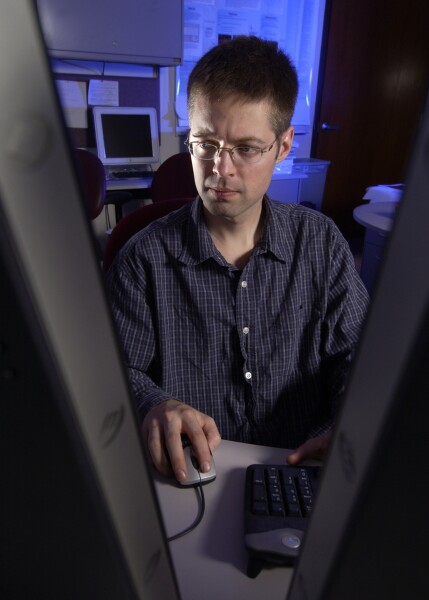 3 of 3
DSC_3393-L.jpg
Jaren S. Wilkey/BYU Photo
1 of 3
Download this Gallery By clicking this link you agree to our Terms & Conditions
Related Articles
data-content-type="article"