Last November, BYU junior Carly Christiansen became something of a local celebrity when she was surprised with an appearance on The Ellen DeGeneres Show. Just being on the show is exciting enough, but then Ellen announced she was giving Christiansen a brand new Ford Focus.

It was a surreal experience for Christiansen, but just one of many experiences the geospatial intelligence student has seen in her life.

Christiansen, the daughter of a single mom who worked three jobs to afford their two-bedroom apartment in the San Francisco Bay area, has known financial pressure throughout her life. But thanks to a little ingenuity, that pressure hasn't kept Christiansen from crossing rather ambitious items off her bucket list.

The summer of her freshman year at BYU, Christiansen came across an online ad asking Americans with Danish roots to apply to be on a reality TV show — in Denmark. If she made the cut, she would trace her ancestry and compete in Amazing Race-style contests on camera.

"I sent in this video of me in my dorm room at Helaman Halls, and I was like, 'There's no way I'll make it,'" she said. "They invited me for a casting call in Chicago, and I was like, 'Free trip to Chicago!' Then I made it in, and it was a dream come true!"

A camera crew followed Christiansen as she saw where her ancestor, a pastor, was run out of town for accepting the LDS faith. When the crew asked, "Do you think it was worth it?" Christiansen said, "Of course — I'm still a member of that church today."

Appropriately, Christiansen's next adventure was an LDS mission to Michigan, where her college major of geography became an unexpected asset.

Christiansen obtained permission from her mission president to get a map of the world and start teaching her companions about international geography. Her first convert, a man whose English name was Bruce Wen (pronounced "Wayne"), came from Shanghai, China, and later shared their missionary message with his family back home.

After her mission, Christiansen volunteered at the prison in Draper and was a substitute teacher to earn extra money. To get around, she took the bus, rode a brake-less bicycle, skateboarded or accepted rides from friends and roommates. It was challenging, so when she saw an ad on the Ellen website asking: "Do you need a new car?" she decided to apply for the contest.

"I'd forgotten I applied when they called me," she said. "They told me they wanted to meet me and asked, 'Can you fly out tonight?' They said they might even be able to get me into the audience."

Christiansen was practically beside herself with excitement just to be backstage.

"I was in that waiting room for four and a half hours thinking how cool it was that I was connected to 'Ellen Wifi'," she said. "Then they told me they'd give me a tour of the studio, and when I turned that corner to the stage, it was so quiet I was sure nobody was out there."

The silence was misleading: Ellen DeGeneres was onstage in front of a large studio audience. After getting over the initial shock, Christiansen talked with Ellen for a few minutes. Then Ellen announced that she was giving Christiansen a new Ford Focus.

Two days after her birthday, Christiansen picked up her new wheels. When the episode aired, Christiansen became a local celebrity.

"When I was on that Danish TV show, I thought, 'No way I'll ever beat this," she said. "And then I went on a mission, and I was like, 'This is totally cool.' And I realized life can always be great — you just have to look for ways to live it to the fullest."

With an attitude like that, Christiansen will surely be able to accomplish anything she wants. Her latest challenge? Paying for car insurance.

"That was a shock — that car insurance is so expensive!" she said.

As resourceful as ever, Christiansen has become an Uber driver to cover the costs.

Michael Sackley works at LDS Philanthropies to help make scholarships available to students like Carly. Anyone can donate at give.byu.edu . 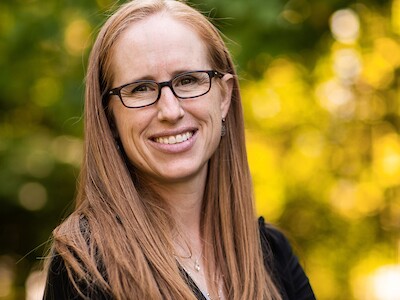 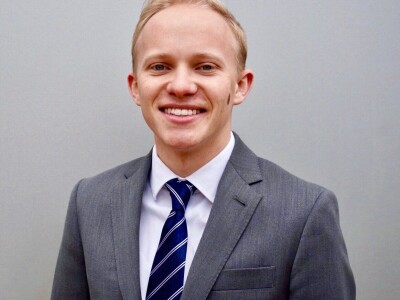 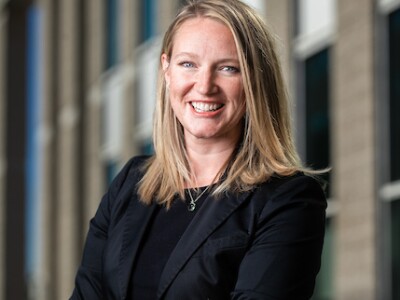