A musical version of James M. Barrie’s sprightly “Peter Pan,” the classic story of the mischievous boy who wouldn’t grow up, will be presented Wednesday, Jan. 19, through Saturday, Jan. 29, at 7:30 p.m. in the de Jong Concert Hall at Brigham Young University.

Ticket prices are $21 for adults and $14 for children, with $6 discounts on weekends with a BYU or student ID and $2 off for senior citizens or BYU alumni. All seats will cost $13 for a preview showing Jan. 19 and a matinee Jan. 29. Special Jan. 25 family tickets are $15 each for adults and $10 for children. There will be no performances Sundays or Mondays.

Fantastic adventures await audience members as Wendy, John and Michael are whisked away to the mysterious Neverland by Peter Pan. The play is a captivating story filled with youthful exuberance, rousing humor and a healthy dose of refusing to grow old.

BYU’s production is a musical based on the award-winning 1953 Broadway play. Music is by Moose Charlap, and lyrics are by Carolyn Leigh, with additional music by Jules Styne and additional lyrics by Betty Comden and Adolph Green, all Broadway legends.

Director Tim Threlfall is excited to present Peter Pan to the BYU community because he believes the play is an allegory for the creation of the world and the fall of Adam and Eve.

“On one level, Barrie’s classic adventure is an Adam-and-Eve parable,” Threlfall said. While Neverland is fun, exciting, adventurous and devoid of responsibility — much like the Garden of Eden — the Lost Boys are discontented there, like Eve.”

“Even in their youthful innocence and naivete, the Lost Boys are willing to sacrifice eternal youth and freedom for something potentially more rewarding,” Threlfall said. “All the Lost Boys, as well as the Darling children, make a choice that sets them on the road to ‘eternal life’ rather than the ‘eternal existence’ of Neverland.”

Audience members will visit the early 20th-century cityscapes of London and the frontiers of Neverland as performers sing, dance and fly.

“Our particular telling of the classic Peter Pan story involves a massive projection screen as the backdrop for a rather simple set,” Threlfall said. “Various locations will be projected onto this screen, from the Darling family nursery, the rooftops of London and the jungles of Neverland to the deck of Captain Hook's ship.”

The rascally Pan is played by Bronwyn Tarboton, and other cast members include Ivan Hoffman as Captain Hook and Mr. Darling, Jillian Bjorn as Wendy, Joseph Thompson as Michael, Sam Bostwick as John, Lena Latu as Mrs. Darling, Daysha Hanneman as Tiger Lily, Jordan Dickison as Smee and Ari Strickland as Nana and the Crocodile. Tinkerbell also appears as an animation provided by Shane Hunt.

The production is sponsored by the Department of Theatre and Media Arts. For more information, contact Ken Crossley at (801) 422-9348 or ken_crossley@byu.edu or visit byuarts.com. 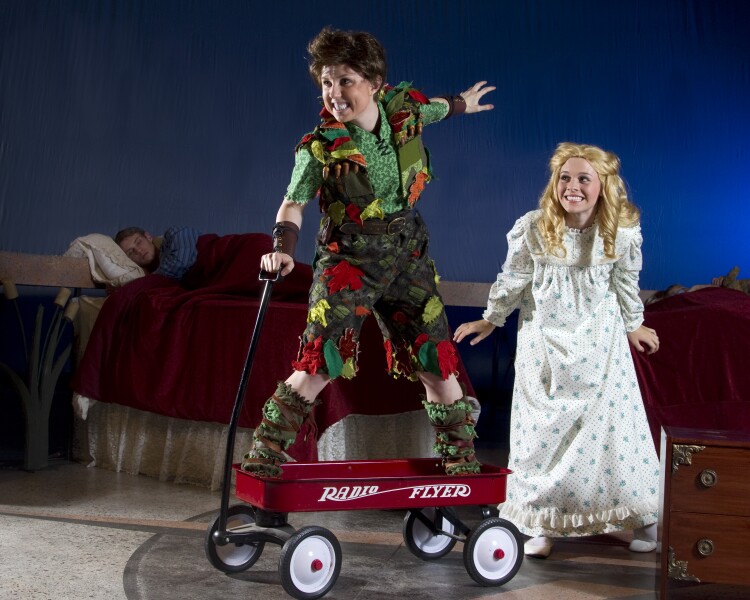 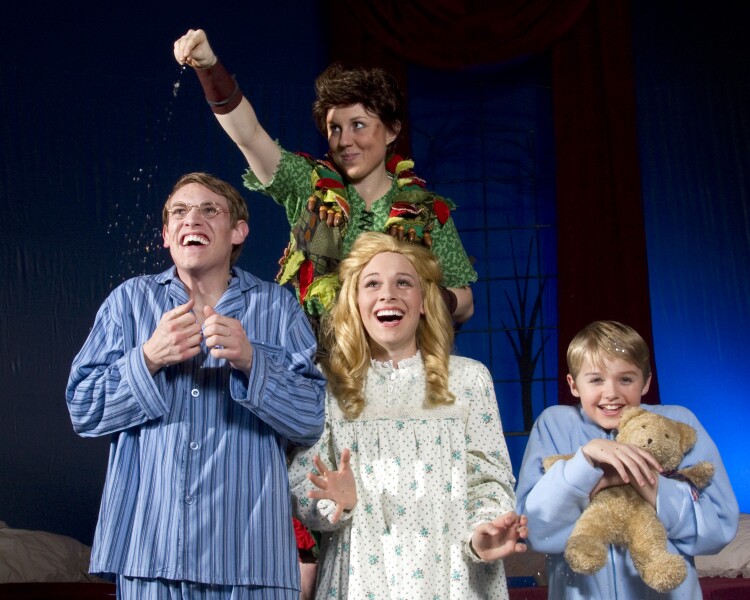 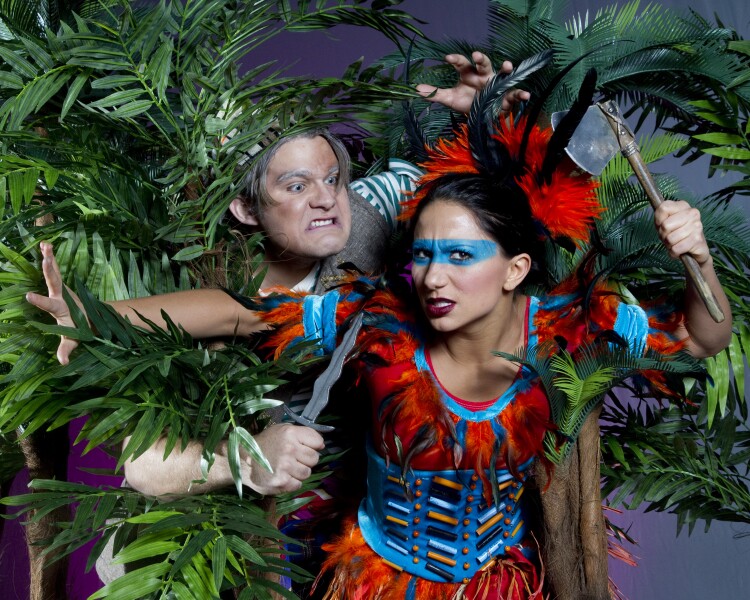 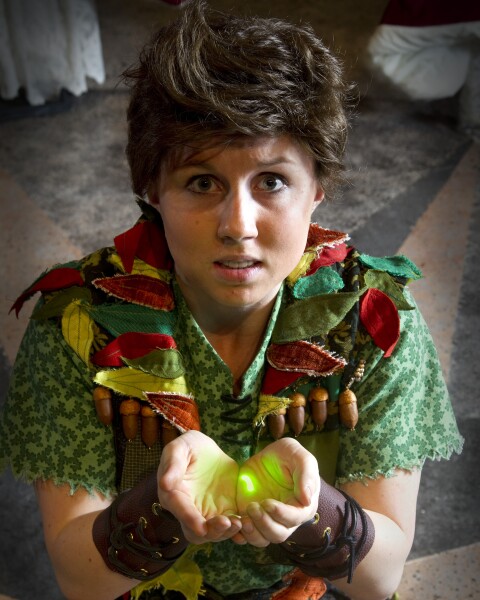 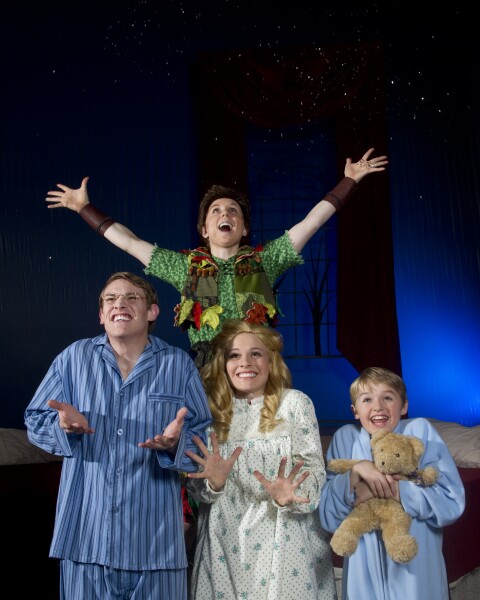 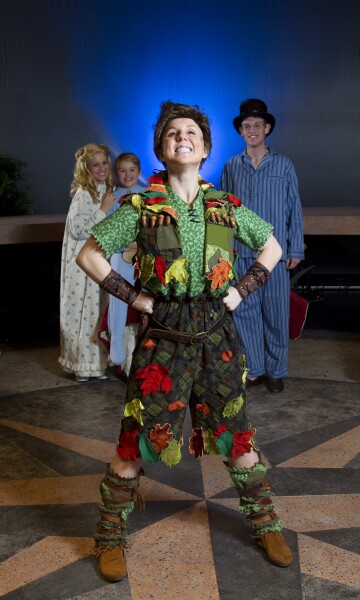 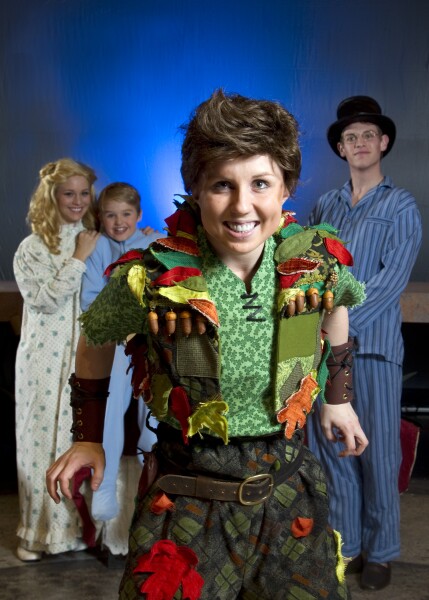 7 of 7
Peter pan 1101-02 271.jpg
Mark A. Philbrick/BYU Photo
1 of 7
Download this Gallery By clicking this link you agree to our Terms & Conditions
Related Articles
data-content-type="article"