“Masterworks of Victorian Art” will open Feb. 15 at BYU's Museum of Art

The prosperity of the Victorian era (1837-1901) transformed the British art world from a small group of artists who painted for the nobility into a robust community of artists who were free to create paintings that depicted powerful stories from ancient history and contemporary life with a richness of color and wealth of detail that captured the admiration of the age.

“Masterworks of Victorian Art from the Collection of John H. Schaeffer,” a new exhibition at the Museum of Art on view from Feb. 15 through Aug. 16, will give visitors the rare opportunity to view some of the most beautiful and well-crafted works of this period from the private collection of Australian businessman and entrepreneur John H. Schaeffer.

It will be shown in the Warren & Alice Jones and Paul & Betty Boshard galleries on the museum’s lower level.

In celebration of the opening of “Masterworks of Victorian Art from the Collection of John H. Schaeffer,” the Museum of Art will host a Victorian Valentine’s party on Valentine’s Day, Thursday, Feb. 14, from 7 to 9 p.m. in the Lied Gallery on the museum’s main level and in the exhibition gallery on the lower level. Visitors are invited to experience wonderful music, spectacular art, and classic cinematic scenes from Victorian literature with their Valentines. Hats and gloves are optional. This reception is free and the public is invited.

The exhibition will consist of paintings, sculpture and works on paper by the luminaries of Victorian art including, William Holman Hunt, Sir Edward Coley Burne-Jones, Dante Gabriel Rossetti, John William Waterhouse and George Frederic Watts. Many of these pieces have never been shown before in the United States.

“There is a story-telling aspect to these works that makes them interesting to nearly everyone, and they are painted with the most dazzling craftsmanship. Each one of these paintings is intriguing in some way,” said curator Paul Anderson. “Beyond that, these works offer a window into an era of British history that is important to the development of our own history and culture. In this historical moment — the beginning of the industrial world — artists are trying to find a way to deal with the newness and complexities of modern life.”

The works in the exhibition will be grouped into five thematic categories: religious works, paintings depicting mythology, literature and history, paintings of everyday life, paintings by the Pre-Raphaelite Brotherhood and works by other European artists. The religious works in the exhibition are narrative depictions of Biblical accounts or symbolic representations of religious ideas. Paintings that featured epic depictions of stories from mythology, literature and history were considered “High Art” by some artists during the Victorian era.

An example of this type of painting is the impressive 9-foot-tall “Mariamne” by J.W. Waterhouse. It depicts the tragic story of Mariamne, the young wife of King Herod, who is leaving his throne room after being sentenced to death based on false accusations of infidelity. Herod sits on his throne, torn between his love for his wife and his jealous fury. The painting captures the solemn drama of the occasion, with the innocent woman dressed in white, silhouetted against the darkly sumptuous palace.

While paintings that depicted scenes from everyday life were considered “low art” at the time, many of these works of social realism contained overt critiques of contemporary life that still resonate in today’s world. The Pre-Raphaelites were Britain’s avant-garde. However, instead of pursing the Barbizon and Impressionistic styles developing in France, these artists were interested in creating meticulous depictions of the world around them in obsessive detail.

The name of the group was emblematic of their desire to paint in a simple and direct style that predated Raphael, the High Renaissance master painter. The works by other European artists in the exhibition illustrate what was going on in France and Germany during this same time period.

A century ago, most Victorian art fell out of favor with art critics and artists in their scramble to adopt the new modernist visions emerging at the time. Many people viewed everything associated with the Victorian era as overly sentimental, garish, cluttered and fussy.

By the 1960s, however, collectors and academics began to rediscover the art of this time. Images from this period surfaced on calendars, note cards and book covers. Scholars highlighted the social and historical contexts of the works, examined the shifting aesthetic values behind their creation and explored the didactic and symbolic components of the intriguing narratives of Victorian art.

In addition to the works in the exhibition, the museum will display six Victorian paintings from its permanent collection in the J. Herbert Milburn gallery, located adjacent to the “Masterworks of Victorian Art” exhibition gallery. The works will include two paintings by Lawrence Alma-Tadema and a painting titled “Return of the Prodigal” by Sir Edward John Poynter that the museum purchased from Schaeffer in 2006. The display will also include preliminary sketches of the Poynter work from the Schaeffer collection.

One-hour tours of the exhibit will be conducted during regular museum hours and must be scheduled at least one week in advance. Call ext. 2-1140 to schedule a tour. Free podcast audio tours will be available for download for this exhibition. These podcasts will be available to downloadfrom the museum's Web site and at the museum's information desk.

The museum is open Mondays through Fridays from 10 a.m. to 9 p.m.; Saturdays from noon to 5 p.m.; and is closed Sundays.

“Masterworks of Victorian Art” will open Feb. 15 at BYU's Museum of Art 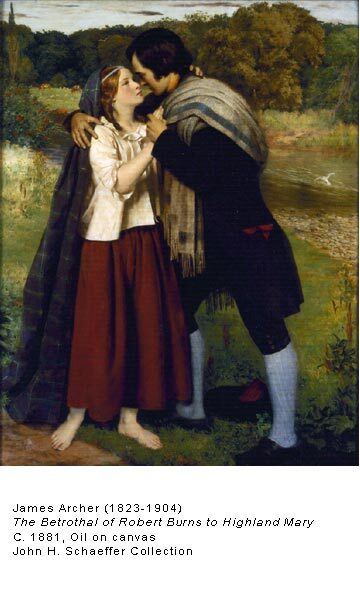 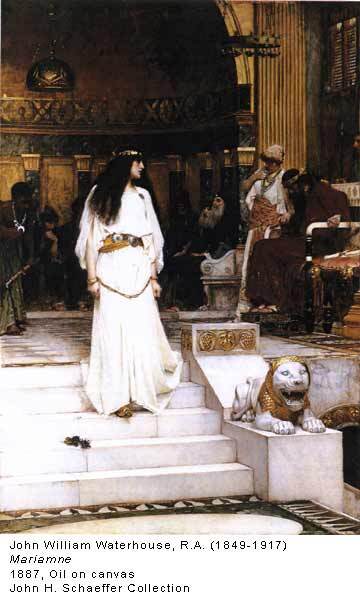 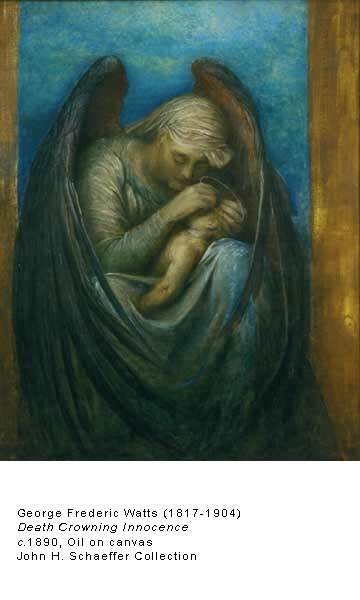 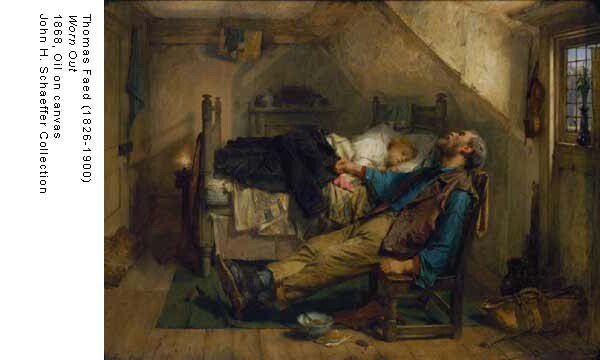 4 of 4
Faed-WornOut.jpg
John Schaeffer Collection
1 of 4
Download this Gallery By clicking this link you agree to our Terms & Conditions
Related Articles
data-content-type="article"