Brigham Young University’s Living Legends will perform a celebration of Latin American, Native American and Polynesian song and dance in a concert at the de Jong Concert Hall Friday and Saturday, Feb. 21-22, at 7:30 p.m.

Living Legends combines a dynamic repertoire of Native American choreography with the color and vitality of Polynesian and Latin American dance styles. Performed by talented descendants of the cultures portrayed, Living Legends weaves together traditional and contemporary music and is a tribute to the ancient cultures of the Americas and the Pacific.

The “Seasons” program will include a kaleidoscope of culture, with dances and songs from North America, Mexico, Ecuador, Hawaii, Guatemala, Samoa, Paraguay, Tahiti, Argentina, Bolivia, Fiji, New Zealand and Tonga.

“It is a moving experience to work with these performers because I see the sincere respect they each hold for one another’s ancestry as well as their own,” said artistic director Janelle Christensen.

Living Legends originates in the School of Music. The group consists of 38 members, including cast members and technical crew. All performers are of Polynesian, Latin or Native American heritage and are selected after a rigorous audition process.

Featured on national TV in China, Eastern Europe and Latin America, the ethnic dancing troupe represented the United States at the 1992 World’s Fair in Seville, Spain and at the 1991 German-American Volksfest in Berlin. Living Legends also participated in the Opening Ceremonies of the 2002 Winter Olympics in Salt Lake City.

For more information, contact Ken Crossley at (801) 422-9348 or ken_crossley@byu.edu . Photos and other press materials are available on the Living Legends website, which can be found at pam.byu.edu. 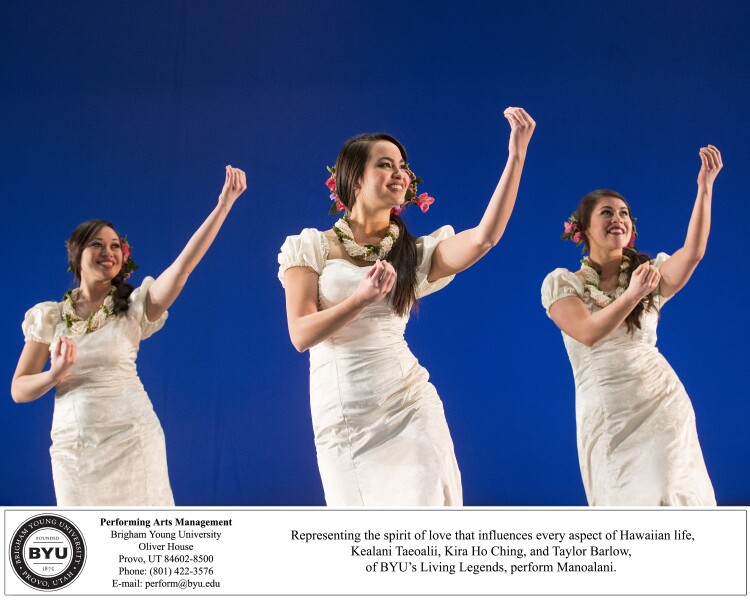 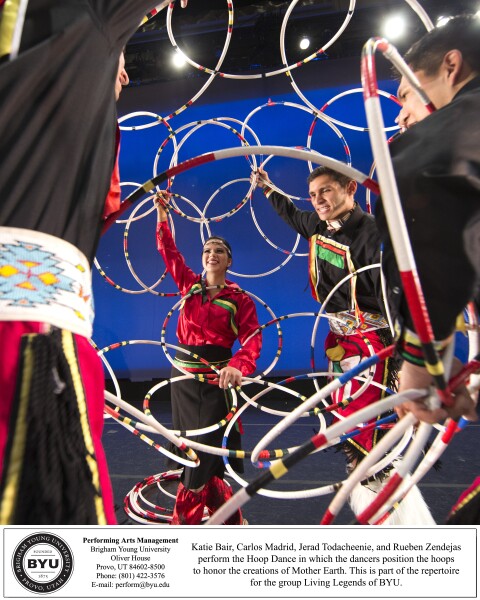 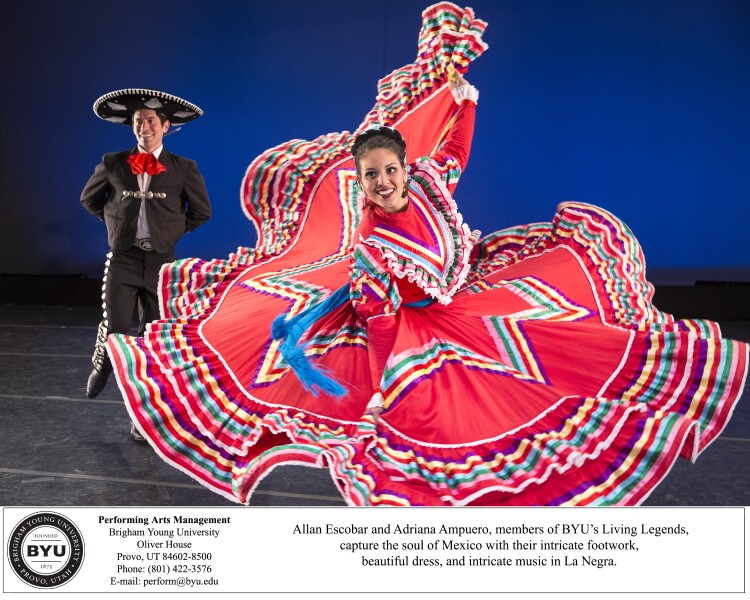