It's BYU undergrads vs. earthquakes in seismic design competition

Engineering students hope to shake and quake their way to victory

Looks like Jimmer’s not the only one looking to bring down the house in San Diego this month.  A group of BYU civil engineering students will head there to compete in an international competition that pits student-built structures against simulated earthquakes.

Student teams will be competing Feb. 10-11 in an annual undergraduate competition sponsored by the Earthquake Engineering Research Institute.  Each team constructs a three- to five-foot building from balsa wood that is then tested with a machine called a shake table—a 2.25 square-foot machine that can recreate the motion and intensity of past earthquakes.

Trace Farmer, president of BYU’s EERI student chapter, helped organize the trip, write the initial proposals and get the hardware necessary to prepare the team to do well in the competition.

“Earthquake design is a relatively new field, but it’s really important and exciting,” he said.  “You look at the earthquakes in Haiti and Chile and see there’s a huge need for that kind of work.  This competition is just one more thing to help us be successful as professionals.”

Competition has been stiff in the past with schools such as UCLA, UC-Berkeley and UCSD competing, but BYU has performed well historically.  They placed second in 2009, the team’s first year, and fourth last year.

Andrew Van Every is the team captain of BYU’s 12-person seismic design team.  He was responsible for designing this year’s structure: a building with an X-shaped base and an octagon roof made with 468 feet of balsa wood.  He said his design likely won’t be seen on the San Diego skyline anytime soon because of the differences between balsa wood and conventional building materials.  But, the students have learned the types of structures that work best in given situations.

“I’m just now starting to get into the upper-level design courses, but I can already see how I can apply what I’m learning in class to this building,” Van Every said.

Kyle Rollins, professor in the department of civil and environmental engineering, is the team’s faculty advisor.

The winners of the competition will be announced Feb. 12.

It's BYU undergrads vs. earthquakes in seismic design competition 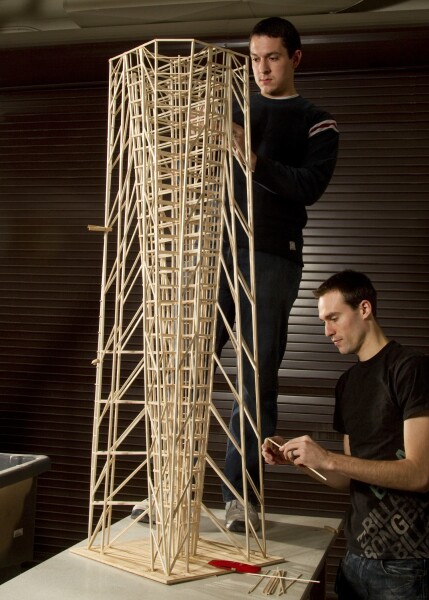 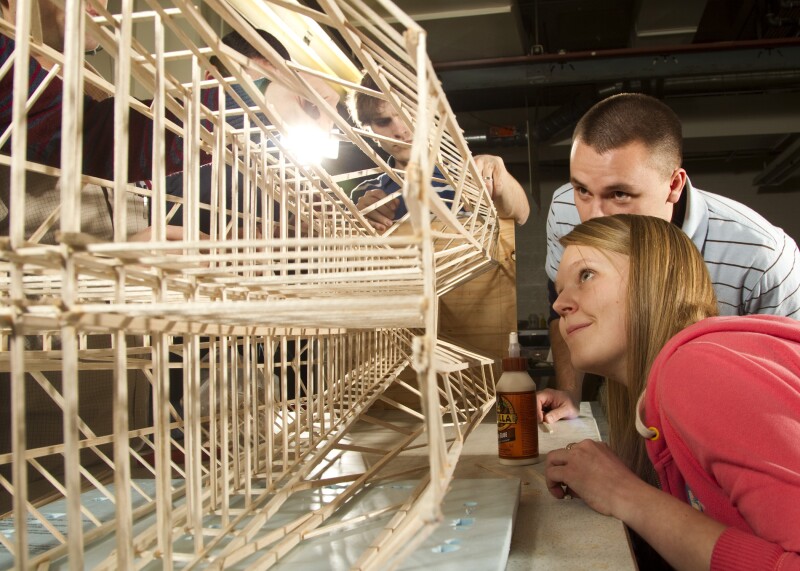 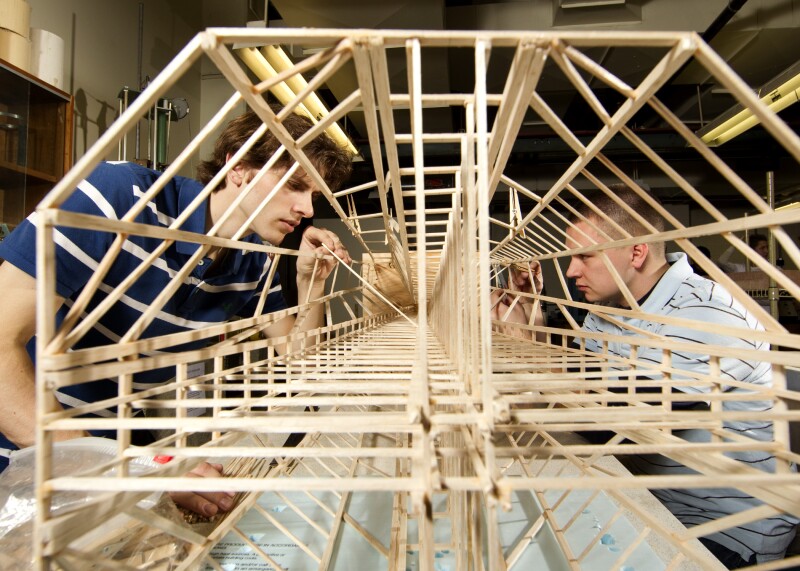 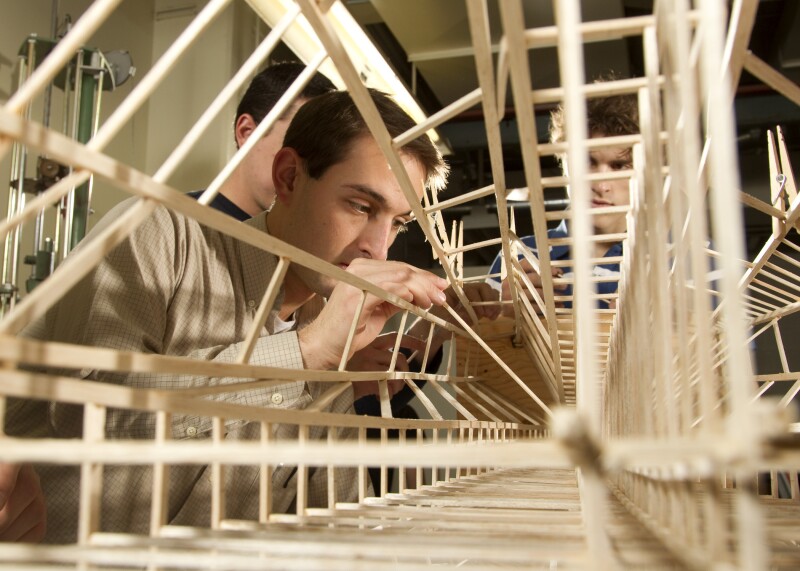 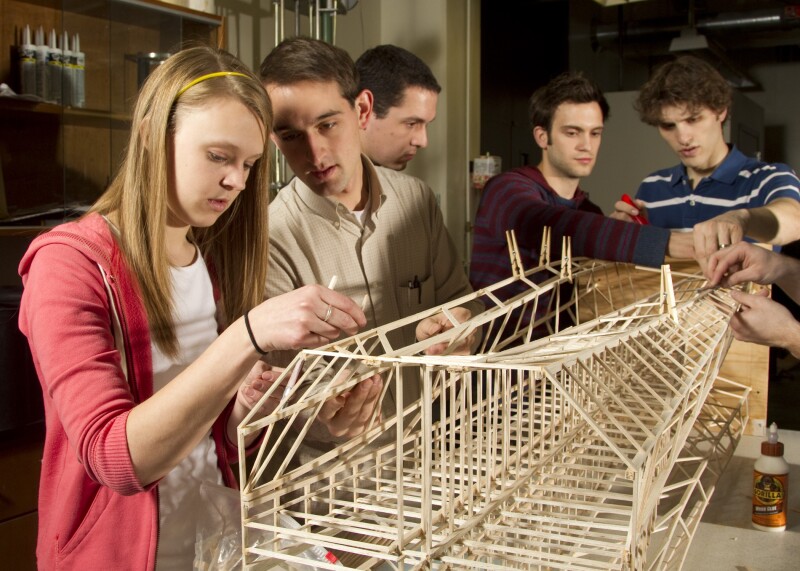 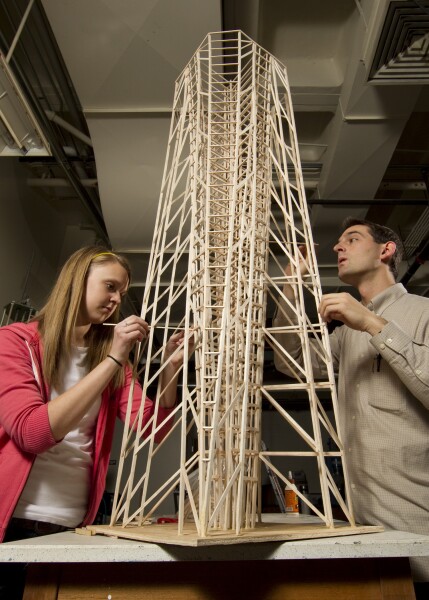 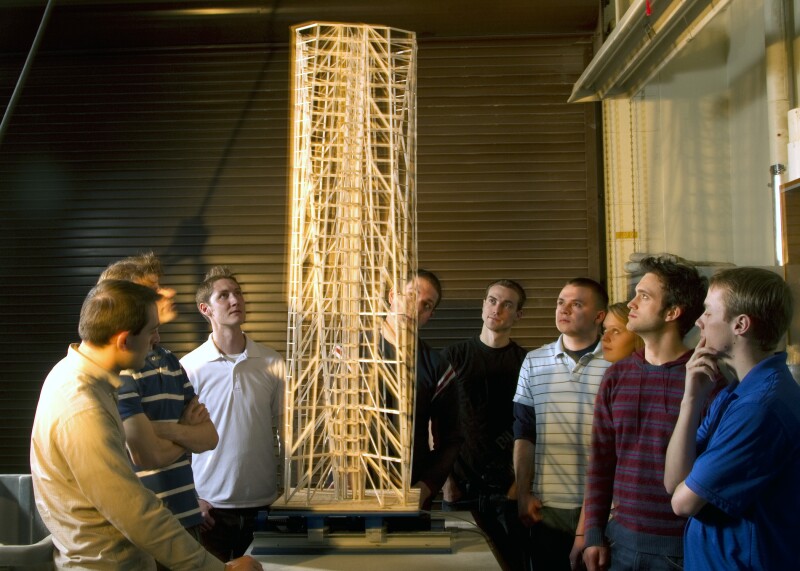 7 of 7
1102-06 165.jpg
Mark A. Philbrick/BYU Photo
1 of 7
Download this Gallery By clicking this link you agree to our Terms & Conditions
Media Contact: Todd Hollingshead
Related Articles
data-content-type="article"