How memories are made: study uncovers a motor the brain uses to record experiences

A Brigham Young University researcher is part of a team that has pinpointed a crucial motor that drives the cellular process our brains use to record memories. The findings mean that someday, if future research determines how to safely supercharge that motor, memory could be enhanced and memory loss in people with Alzheimer's disease or other afflictions might be slowed.

Jeffrey Edwards, assistant professor of physiology and developmental biology, is a co-author on a paper announcing the discovery to be published this week in the prestigious journal Cell.

To understand the advance the team has achieved, some background on memory-making is in order.

Short-term memories are stored in a special section near the center of the brain called the hippocampus.

"A simplified analogy might be that the hippocampus is like a whiteboard where you can write up short-term memories," Edwards says. "And then these are either converted to long-term memories or forgotten, similar to erasing the whiteboard."

When we learn a fact - such as the name of the part of our brain that stores short-term memories -- this flips millions of switches called synapses inside our hippocampus. The accumulation of switches in the "on" position collectively records the memory.

For example, when you're on your cell phone and someone is giving you a phone number, your brain cells are racing to flip those switches so you can remember it long enough to dial it after you hang up.

Turning a switch on happens when receptors are inserted into a synapse, the location where one brain cell communicates with another. To theoretically influence this process and "upgrade" people's memory, scientists needed first to know where these receptors came from within the brain cell.

The team Edwards is part of, headed by a Duke University researcher, made that discovery in 2004 and announced it in the journal Science.

The next step was to uncover how the receptors get to the synapse of the brain cell fast enough so that memories can be formed almost instantaneously. The new paper reports the answer: a protein that scientists call a "motor" drives the receptors from within the cell to the membrane, where they can bind with the transmitters released from other cells. The more receptors that are present at the synapse, the potentially the stronger the memory.

If future research, years down the road, can determine how to rev up these motor proteins so that they shuttle more receptors, that could potentially mean stronger and longer memories.

"You need all the parts of the process to put the whole mechanism together to know how it works," Edwards says. "If you want to try to alter it either for memory enhancement or to treat neurodegeneration, you need to know what's going on first. So you could envision some time in the future how this could be applied to those with memory deficits to help them have more normal lives."

Edwards says that identifying the specific motor - a protein called myosin Vb - is an important advance. "If you can enhance the motor, that could give you stronger memories."

Acknowledging that applications of these findings are still speculative, he also noted that addictions - such as a cocaine habit - also create connections in the brain similar to the process used to encode memories. Blocking the process might have some impact on treating the addictions.

"We want to find out exactly what is happening at the cellular level in memory formation and other synaptic processes, and then someday perhaps pharmaceutical companies or other researchers can test possible therapies and see if they work," Edwards says.

To be meticulously sure of their results, the team conducted the study with several methods. First they scrutinized the process in rat brain cells cultured in a plate, and then they looked at brain cross-sections. Edwards' specific role was to help study mice that had been bred with a genetic mutation so the researchers could "turn off" myosin Vb. The conditions that resulted when the motor protein was inactivated confirmed its crucial role.

When he began his work on this project, Edwards was a postdoctoral-researcher in the lab of Julie A. Kauer, one of the study's co-authors, at Brown University. The work was led by Michael D. Ehlers of the Duke University Medical Center's Howard Hughes Medical Institute. Other co-authors are at the University of Massachusetts Medical School and the McLaughlin Research Institute.

How memories are made: study uncovers a motor the brain uses to record experiences 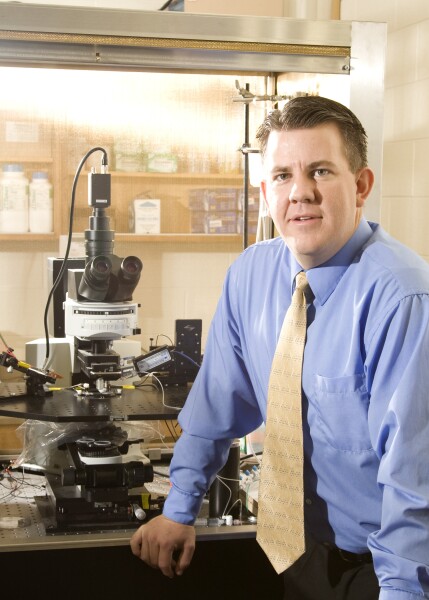 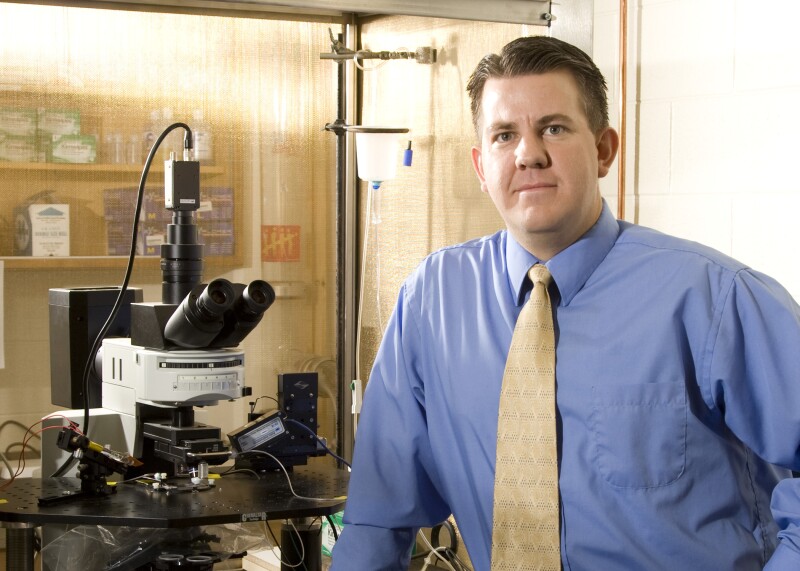 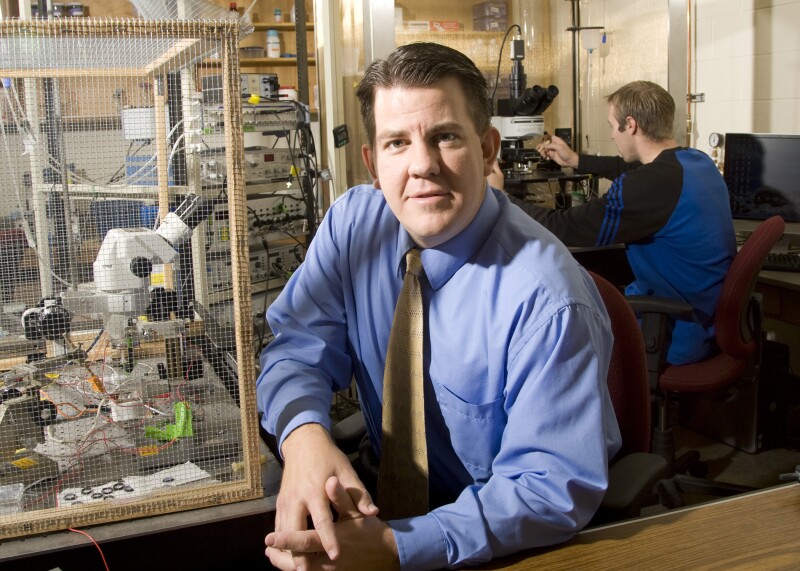 3 of 3
0810-77 31.jpg
Mark A. Philbrick/BYU Photo
1 of 3
Download this Gallery By clicking this link you agree to our Terms & Conditions
Related Articles
data-content-type="article"