How corn came to be: BYU prof’s new study adds to the story

Corn, as we know it, didn’t always exist. A Brigham Young University biology professor published a new study that identified the functions of a gene that may have helped transform a wild grass called “teosinte” into modern-day corn. The study appears in Proceedings of the National Academy of Sciences Plus.

The gene is called “grassy tillers,” named for the branches that grow near the base of plants. Although the mutation was identified decades ago, the new research pinpoints the gene responsible and how it generates more productive crops.

“We first found a mutant corn that produced a lot of tillers,” said Clinton Whipple, assistant professor of biology at BYU and lead author on the study. “Tillers are an attribute of teosinte, and when we mapped the mutation in the corn genome, we found that it may have been a gene involved in the transition from teosinte to maize.  This raised the question, ‘Did Native Americans turn teosinte into corn by selecting for changes in the grassy tillers gene?’”

This research, along with more done by Whipple’s collaborators from the University of Wisconsin and Cornell University, helps further explain how Native Americans, over a period of thousands of years, domesticated modern corn.

“Through generations of selection, early Native Americans redefined this crop,” Whipple said. “They did this by simply replanting the seeds from the crops that produced the fewest amount of branches and the largest ears of corn.”

Through this process, Native Americans selected for the genetic mutations that ultimately turned teosinte into maize. The end result is the food that we enjoy today.

“Inadvertently, the Native Americans were selecting for changes that were controlled by certain genes, and our research identified what one of those genes may be and how it controls branching,” Whipple said.

Identifying the string of genetic mutations that changed teosinte, with its many branches on its stem, into crop-wielding stalks of corn, could lead to research that increases vegetative productivity of corn and other grains. Fewer branches appear to indicate more productive plants, so scientists can use this knowledge to grow more fruitful crop-producing plants at higher density.

How corn came to be: BYU prof’s new study adds to the story 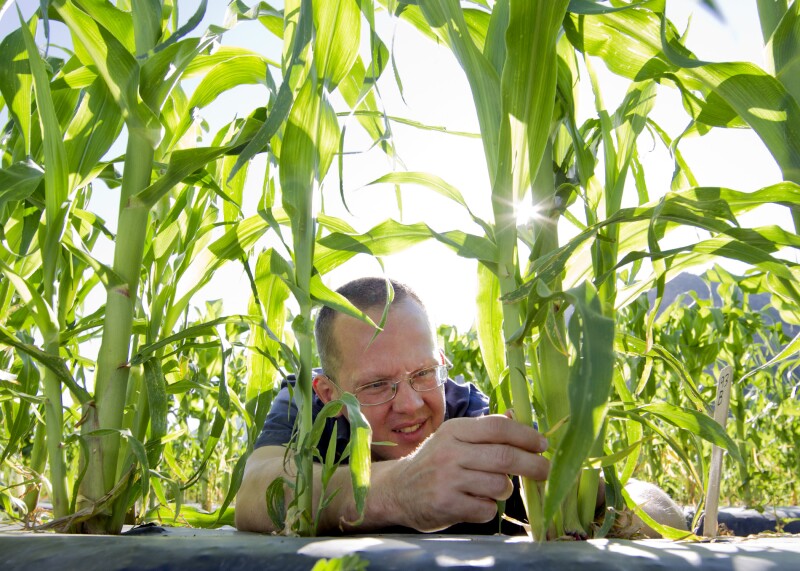 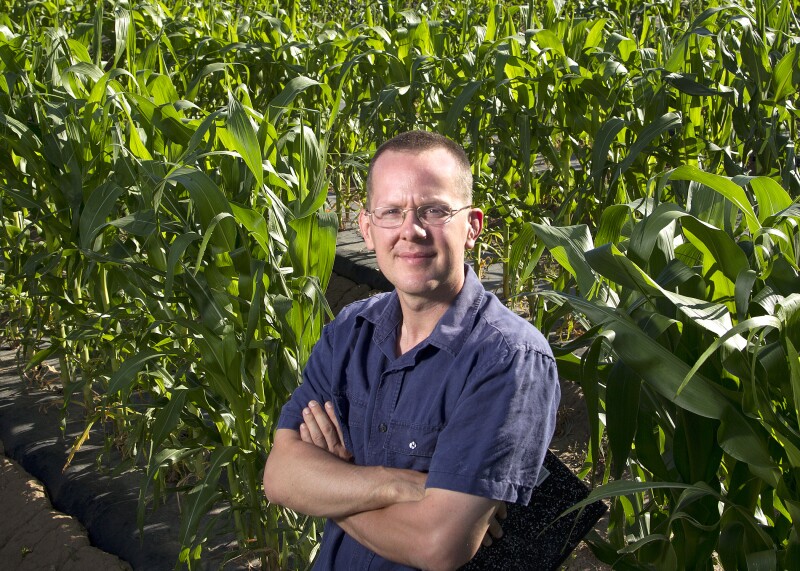 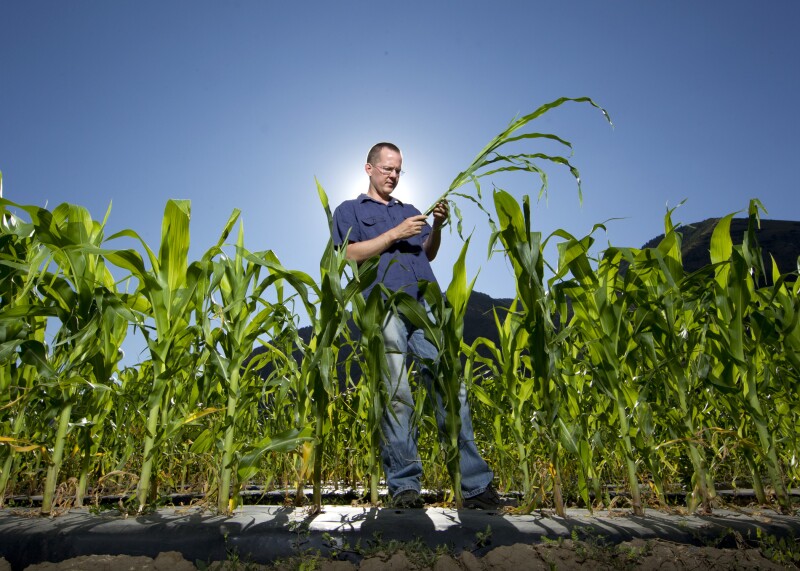 3 of 3
1108-17 245.jpg
Mark A. Philbrick/BYU Photo
1 of 3
Download this Gallery By clicking this link you agree to our Terms & Conditions
Related Articles
data-content-type="article"