BYU senior Alyssa Brown has joined the ranks of the select few college students who have won a national championship in all four years of school. (Wrestler Cael Sanderson and players from the 1967-73 UCLA basketball teams come to mind.)

The landscape management major recently returned from captaining the BYU landscape team to their third-straight win at the National Collegiate Landscape Competition, but Brown has now won four-straight: she won as a freshman in 2014, served a mission to Puerto Rico from 2015 to 2016, and has been there for the last three wins.

“I don’t usually stress about winning things — I just like to compete — but I was so stressed this year,” Brown said. “I definitely wanted to win this time so I could be a part of four championship teams. I am pretty stoked it happened.”

Lest you believe Brown was thinking of herself, team coach and BYU professor of landscape management Greg Jolley can clarify: “Alyssa loves to win, but more than anything she likes to see the team succeed. She knows doing well in the competition is important for our program and how it is perceived nationally. And we know having students like Alyssa enhances our program’s reputation.”

Brown, who remembers begging her mom to plant a garden as a little child, is the perfect poster child for the landscape management program. She has been fully engaged in the program since day one of her freshman year, Jolley said, when she jumped into as many extracurricular opportunities as possible. After returning from her mission, she increased her commitment by working for BYU Grounds, landing several internships and doing research both in and out of the classroom. (Her first peer-reviewed research article publishes this spring in HortTechnology.)

The Woodbridge, Va. native has also become a mentor to other students in the program, earning her the position of a team captain in 2018. Under her leadership, the students began to design and establish requirements for the preparation course for the national competition, something traditionally run by professors. Thanks to the efforts of Brown and her fellow student leaders, the BYU landscape management team recorded the two highest scores ever at the championships in 2018 and 2019. (Story continues below.)

BYU’s landscape management program has now won seven national championships since 2003, the first year BYU claimed the crown. BYU also had a record-setting seven students finish No. 1 in their individual categories at this year’s championships, with Brown taking first in Employee Development and Landscape Plant Installation.

“Alyssa is just one example of how extracurricular, experiential learning opportunities offered in the landscape management major help students maximize their potential for success,” said professor Phil Allen, who is also a team coach.

Of the 35 students BYU sent to Colorado State University this year, 20 of them finished first, second or third in their individual competitions. Among BYU’s first-place finishers, Leslie Stewart took the rare honor of winning the Exterior Landscape Design category for the second year in a row while McKayla Sundberg won both the Interior Landscape Design and Sales Presentations categories.

BYU students also received 10 of the 75 scholarships awarded at the event — the highest total from any of the 65 schools competing. Those scholarships totaled roughly $15,000, and, of course, Alyssa was one of BYU’s 10 winners. The quality of students in BYU’s program is also acknowledged each year by employers; according to Allen, nearly every student has multiple job offers on the table before graduation.

“A big part of our success as a team is our partnership with BYU Grounds,” Jolley said. “Most of our students work for them and they help students prepare for their competitions during their own time. Their contribution to the team success is invaluable. They are our secret weapon.”

Brown will continue to be an asset to BYU’s landscape management program for at least a couple more years as she will start her graduate program in environmental science at BYU this fall. And if all goes as planned next year, Brown’s co-captain, junior McKayla Sundberg, could repeat her four-peat if BYU wins again in 2020.

The BYU team is coached by Jolley, Allen and Ryan Stewart.

Interested to know more about BYU’s landscape management program? Check out their program webpage here and read more about what convinced Alyssa Brown to pick landscape management as a major after high school: https://landscape.byu.edu/ . While you’re here, you can also check out BYU’s campus tree tour, which details more than 100 species of trees found on BYU’s campus: http://treetour.byu.edu/ 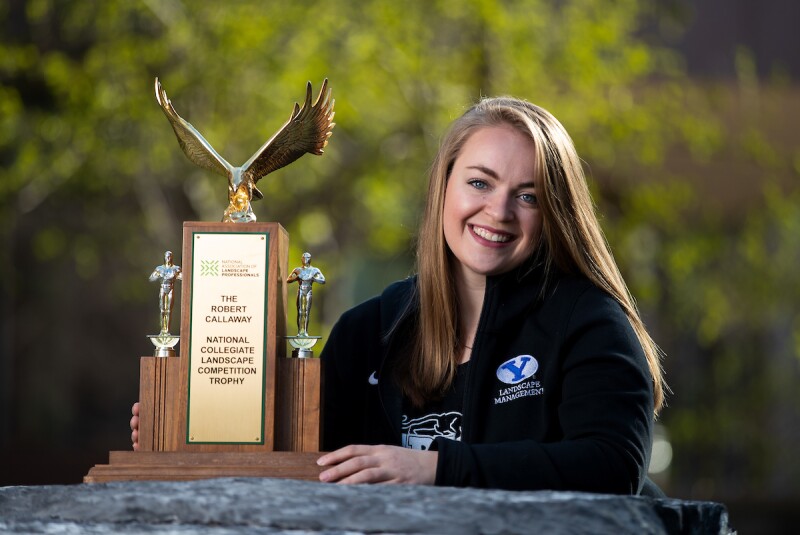 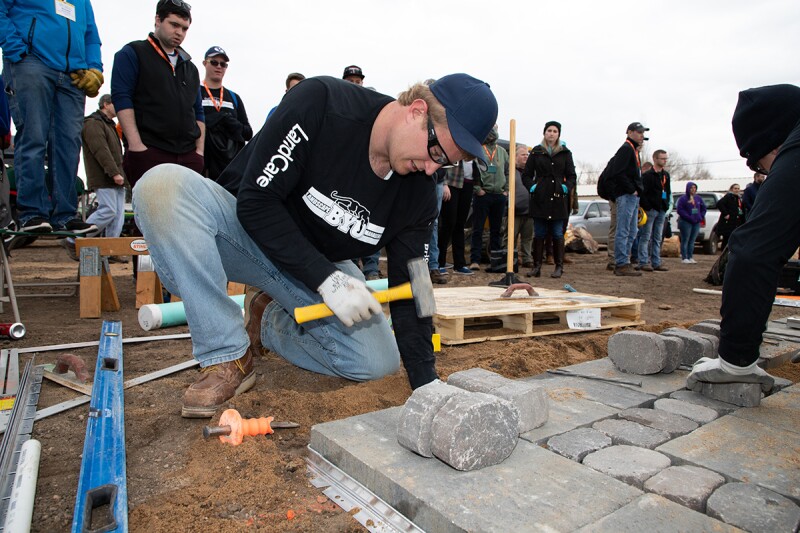 2 of 6
James Mocke in Hardscape Installation.jpg 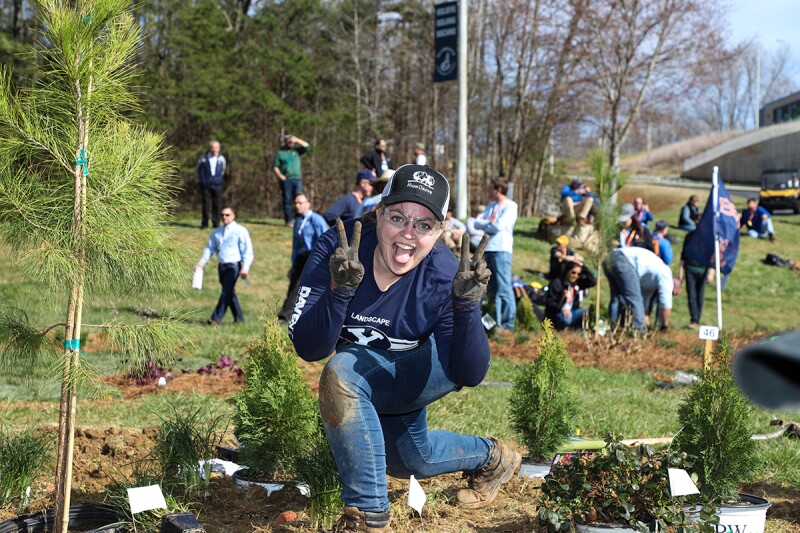 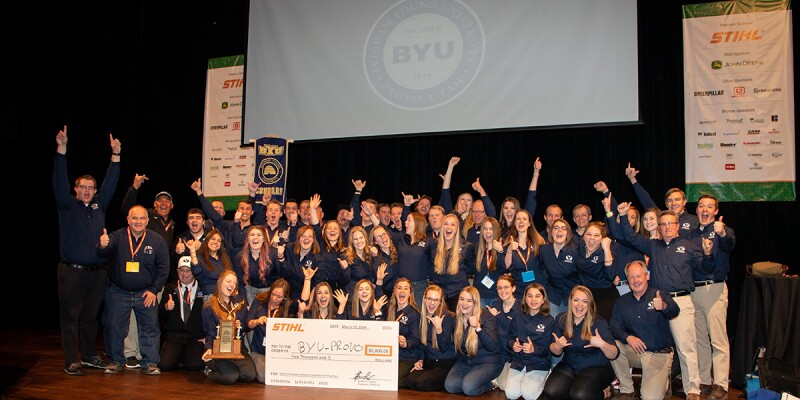 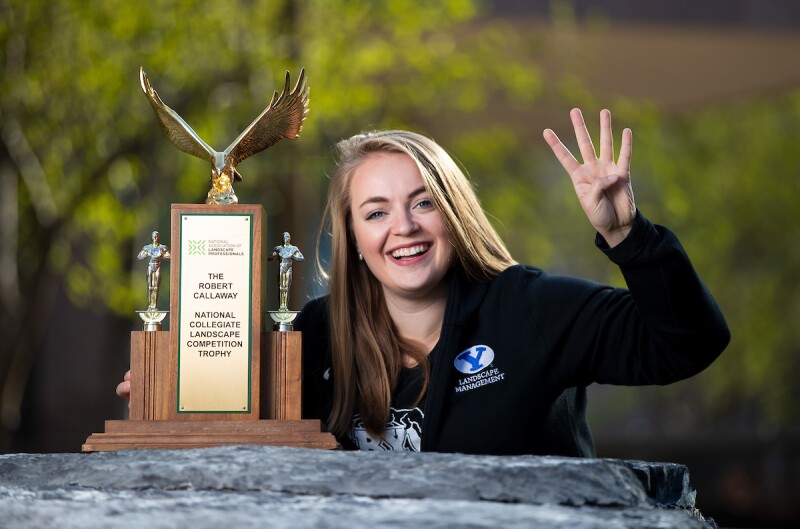 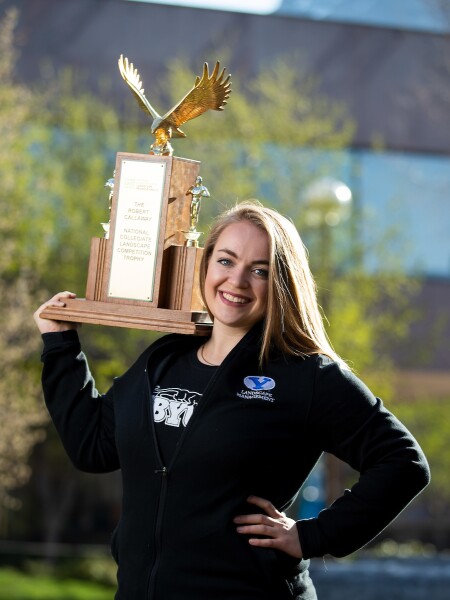