Books from the collection of a former Brigham Young University professor who spent her life pursuing knowledge and serving those she loved are now extending her legacy to a university a world away from her home.

A library of Portuguese-language books, collected by Myriam Ramsey during an academic career that spanned nearly 50 years, has been donated through the Harold B. Lee Library to One World University in Mozambique.

Because of the nation’s pervasive poverty, many people in Mozambique have never read a book, let alone owned one, said Mark Grover, Latin American Studies bibliographer at BYU’s Harold B. Lee Library, who recognized that Ramsey’s collection of books in Portuguese would be a priceless asset for the students at One World University.

Born in Alem Paraiba, Minas Gerais, Brazil, Myriam Boemer Moteiro de Castro joined The Church of Jesus Christ of Latter-day Saints in 1951 and served a Church mission in Brazil. She moved to the United States in 1955 to attend BYU, where she met and married Jimmy D. Ramsey.

Ramsey’s work with language and learning began early. Before reaching the age of 25, she had translated most of the Church’s educational materials as well as James E. Talmage’s 290-page book, “The Articles of Faith,” from English to Portuguese. By the age of 30, she and her husband moved their family to Bauru, Sao Paolo, Brazil, where they established an English school, the Ramsey Institute, and a preschool, Ramsey Junior.

A few years after returning to the United States in 1966, Myriam Ramsey returned to school for postgraduate work at Georgia State University, and received her master’s degree in French literature and her doctorate in romance languages within five years.

In the fall of 1975, Ramsey was offered and accepted an assistant professorship at BYU. Already a devoted mother to her own children, Ramsey became like a second mother to Brazilian students studying at BYU.

Ramsey was not only a faithful friend, but also a lifelong learner. A professor of Portuguese, she also mastered English, Spanish and French, and was conversant in Italian and German. An avid reader, her thirst for knowledge led her to read books and magazines from cover to cover on subjects like politics, philosophy, world culture and geography.

“My mother had more than just a love for learning,” said her son, Paul Ramsey. “For her, it was an essential tool that contributed to her very humanity.”

In 2003, Ramsey passed away after battling cancer. After her death, Ramsey’s family questioned what to do with their mother’s treasured collection of books, many of which were written in Portuguese. They approached their mother’s friend, Mark Grover, because of his position with the Lee Library.

It is unusual for the Lee Library to accept donations, since most donations are comprised of books the library already has, and processing donations is both time- consuming and expensive. But Ramsey’s collection was special—it contained several copies of the most important, foundational books by major writers in Portuguese—and Grover knew of a unique need these specific books could fill.

He suggested that the family donate the books to BYU, which would retain approximately one-third of the collection. Grover would then drum up funds from library donors to send most of the books to a university in one of the world’s poorest countries, Mozambique.

Though it has recently made significant progress, Mozambique still faces many social and economic challenges. Located on Africa’s Eastern coast, the country’s quality of life is the fifth-lowest in the world—ranking 172 out of 177 countries on the United Nations’ 2007/2008 Human Development Index. From 2003 to 2005, per capita income was $290, the prevalence of AIDS among adults was 16.2 percent and life expectancy at birth was barely above 38 years.

Since 1999, BYU students have traveled to Mozambique to teach English as part of a Study Abroad program. BYU coordinates its study abroad activities with Ajuda de Desenvolvimento de Povo para Povo (ADPP), a Danish NGO. One of the schools affiliated with ADPP is One World University.

The university gets some money from the government in Mozambique, but relies heavily on foreign donations. Volunteers from around the world come to the university to help teach its students to become effective teachers of basic reading, writing and arithmetic. The BYU student volunteers are especially prized, since they are fluent in the native tongue, Portuguese, before they arrive.

Having directed the BYU Study Abroad program to Mozambique in 2002 and worked with One World University, Grover knew the school’s library wasn’t much more than a hodgepodge collection of gifts from visitors. It housed many textbooks and books in English, but had no foundation of good literature, especially in Portuguese.

Knowing their mother would be honored to have her collection donated to such a school, Ramsey’s sons readily agreed to donate the books through the BYU Library.

After soliciting money from donors to cover the costs of shipping and importing, Grover arranged to send hundreds of books to Mozambique. The school staged a ceremony for opening the books and sent the pictures back to Grover and the Ramseys in the United States.

“I was in tears, just because these are students who have never, ever really owned a book,” Grover said. “I don’t know if a book changes a person’s life, but I think it does.”

For Ramsey’s sons, the donation is like a new cycle in their mother’s legacy, and honors her lifetime of learning and service.

“The knowledge that someone, somewhere, is still benefiting from her life’s work is very rewarding,” said her son, Paul. “I know that my mother would have been thrilled to know that her books have a life which extends beyond her own.” 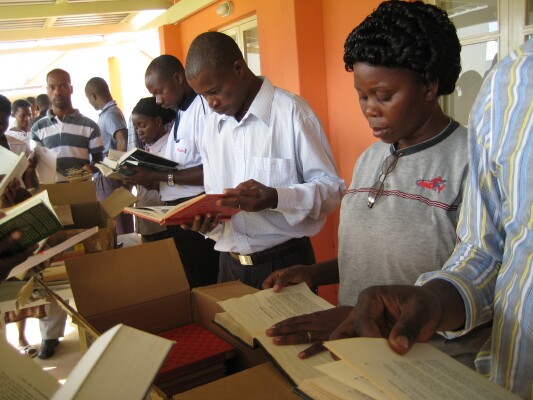 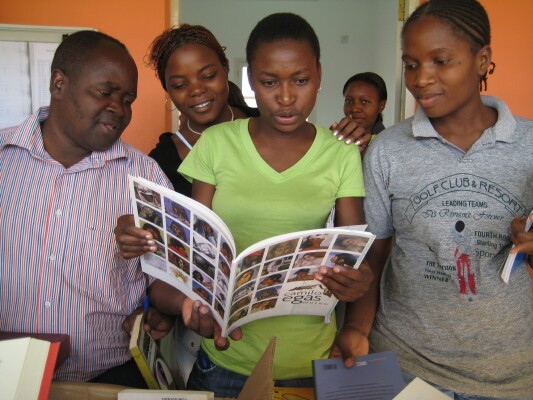 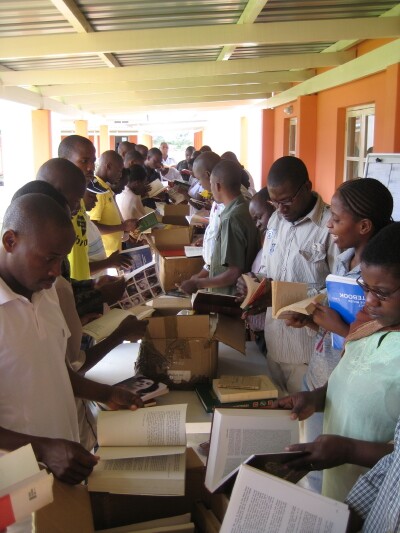 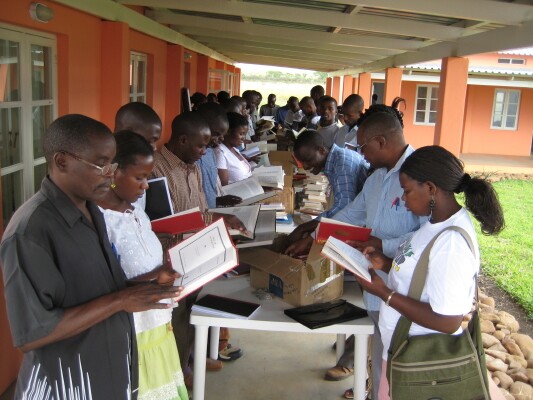 4 of 4
IMG_1561_1.JPG
L'Oreal
1 of 4
Download this Gallery By clicking this link you agree to our Terms & Conditions
Related Articles
data-content-type="article"