Utah wildlife officials have tried to stop the spread of West Nile virus by introducing mosquito-eating fish from the Southeast into the rivers and lakes of the Great Basin. However, a new Brigham Young University study shows that these imported fish have a negative impact on their new environment and questions their record of effectively controlling mosquito populations.

The study, which appears in the new issue of the academic journal "Oecologia," examined the effect foreign mosquitofish had on the least chub, a threatened fish unique to Utah. Fifty years ago, least chub were found in a wide variety of rivers, ponds and lakes, but today are only found in 10 isolated desert springs in central Utah. The Utah Division of Wildlife Resources noted the dramatic decline in least chub numbers and commissioned Russell Rader and Mark Belk, associate professors in the department of Integrative Biology at BYU, to discover the causes.

"The study that Dr. Rader did was exactly the kind of research we needed to look at the interaction between mosquitofish and least chub," said Krissy Wilson, a native aquatic biologist with the Utah Division of Wildlife Resources. "The results raise clear questions about using mosquitofish for mosquito abatement."

Rader, along with co-authors Mike Mills, a former BYU graduate student in integrative biology, and Mark Belk, designed an experiment to examine how the foreign mosquitofish interacted with the native least chub. The researchers traveled to Walter Spring in Juab County and submerged 18 large cages with various combinations of mosquitofish and least chub. When the researchers checked the cages a short time later, they found a six-fold decrease in adolescent least chub. Rader suspected that mosquitofish were devouring the least chub, but to confirm his suspicions the two types of fish were placed in a laboratory aquarium at BYU for observation along with other least chub predators like waterbugs and dragonfly nymphs. The researchers watched mosquitofish aggressively prey on the least chub, sometimes swallowing the adolescents whole. On average, less than a third of the smallest least chub survived in the presence of mosquitofish.

"We quickly came to see that least chub are completely unable to deal with such a vicious predator like the mosquitofish," said Mills, now a native aquatics technician with the Utah Division of Wildlife Resources. "Most biologists thought that mosquitofish were so small that they must only eat insects, but our observations of them eating other fish open an entirely new aspect on this species' behavior."

With the negative impact mosquitofish have in their new habitats, especially with the native fish populations, serious questions are raised about using these imported fish for mosquito abatement.

"We simply don't know how effective mosquitofish really are at keeping mosquitoes under control," said Rader. "While they're not as harmful as using chemical pesticides, their impact on the environment along with a lack of any solid evidence that they eliminate the mosquitoes that spread the West Nile virus raises serious questions about bringing them into Utah."

Rader said that wildlife policy makers should reconsider how mosquitofish are used as a check on mosquito populations.

"We ought to be wiser in using mosquitofish for mosquito abatement," Rader said. "If we placed them in areas that lack native fish, they may not be a danger and they could help to control mosquitos that carry the West Nile virus. But if we indiscriminately stock every pond and lake with mosquitofish, they could harm our native species. They're a two-edged sword." 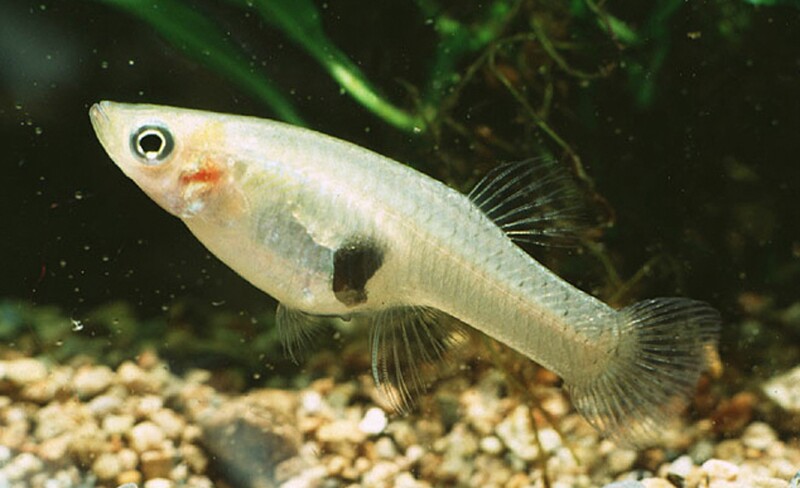 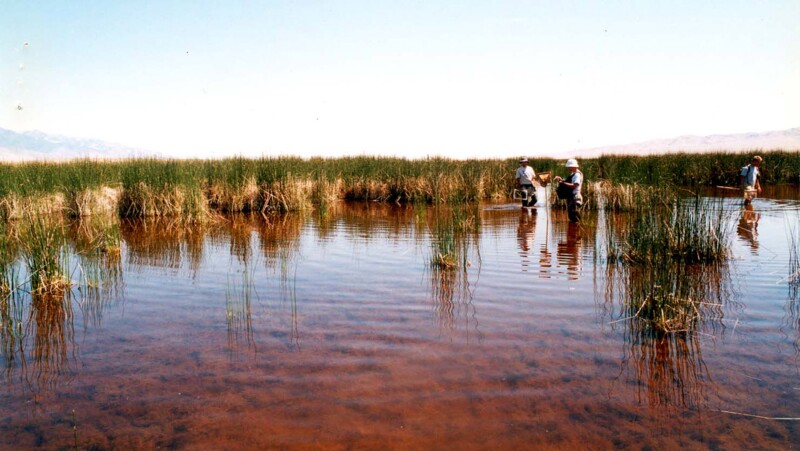 2 of 2
Leland Marsh -- high.jpg
Russell Rader/BYU
1 of 2
Download this Gallery By clicking this link you agree to our Terms & Conditions
Related Articles
data-content-type="article"