Curtis LeBaron, an associate professor of organizational leadership and strategy, will be speaking at a devotional at Brigham Young University Tuesday, July 28, at 11:05 a.m. in the Joseph Smith Building Auditorium. His address is titled “Face to Face Leadership: ‘As a man speaketh unto a friend.’”

The devotional will be broadcast live on the BYU Broadcasting channels. Visit byub.org/devotionals or speeches.byu.edu for rebroadcast and archive information.

LeBaron began teaching at BYU in 2001. He teaches MBA and executive MBA courses in leadership. He has previously taught at the Universities of Utah, Texas and Colorado. He has also been a visiting professor at the University of Michigan and a visiting academic at Oxford University.

He is known for developing video-based research methods. Using cameras, he captures people’s behaviors and reactions and analyzes them to identify behavioral patterns and practices.

He has received fellowships the last four years from the Marriott School and was given the Outstanding Teaching Award in 2005 from BYU. While at the University of Colorado he also received the SOAR award, which is an award voted on by the students and given to a professor for excellence in teaching. 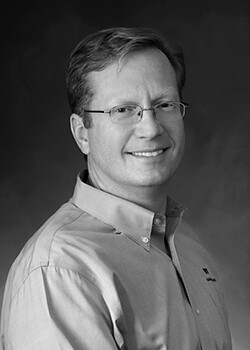 2 of 2
s-clebaron1.jpg
Mark A. Philbrick/BYU Photo
1 of 2
Download this Gallery By clicking this link you agree to our Terms & Conditions
Related Articles
data-content-type="article"