The Gershwin-inspired Broadway musical "Crazy for You" directed by Marion Bentley will be performed Jan. 22-Feb. 1 at 7:30 p.m. in the de Jong Concert Hall at Brigham Young University.

Tickets are $12 for the general public and $9 for BYU faculty and students. Half-price preview performances will be available for Wednesday and Thursday, Jan. 23 and 24. A matinee will be performed Saturday, Jan. 25, at 2 p.m. For tickets, please call the Fine Arts Ticket Office at (801) 378-4322 or order them on-line ( http://www.byu.edu/hfac).

"Crazy for You," a modern adaptation of Gershwin's 1930s classic, "Girl Crazy," presents a veritable feast of the famous songwriter's music. With seven songs from the original production and more than a dozen other Gershwin classics, "Crazy for You" combines intricate choreography by Megan Sanborn-Jones with the rhythmically sparkling music for which George and his lyricist brother Ira Gershwin became famous.

"Much of the meaning and the joy of the characters is found in the juxtaposition of the glitzy glamour of a New York Follies show with the unsophisticated plainness of a Midwest mining town," says dramaturg Esther Covington.

"Although the characters are at opposing views and ideals at the start of the show, by the final curtain each has learned that they really are no different from anyone else and that the key to happiness is to embrace those things that can be celebrated together."

Although it's upbeat and entertaining with elaborate group numbers, "Crazy for You" is not like other productions from the '30s. Written by Ken Ludwig, it involves a well-constructed plot that experts claim is even better than the original, says director Marion Bentley.

"'Crazy for You' manages to give the impression that each song emerges directly from plot or characterization and was written especially for the show," he says.

Bentley directed and taught at BYU for 31 years, after 15 years at Dixie College and Rutgers University, and has brought recognition and respect to the university's Theatre and Media Art Department.

His last production before retiring, "Crazy for You" represents the perfect way to end a successful career, he says.

"There's a lot of talent in this production. We could have cast it three times over with how many incredible people auditioned," he says. "We have many actors with a good deal of professional experience, the set design and production is superb, the choreography is very well done and we're excited about being accompanied by Synthesis, BYU's renowned jazz ensemble, for the first time."

Young Ambassador's director Randy Boothe serves as musical director for the show, with set design by Rory Scanlon, and costume and make-up design by Candice Knox.

For more information about "Crazy for You" and other performances, please access http://cfac.byu.edu/performances. 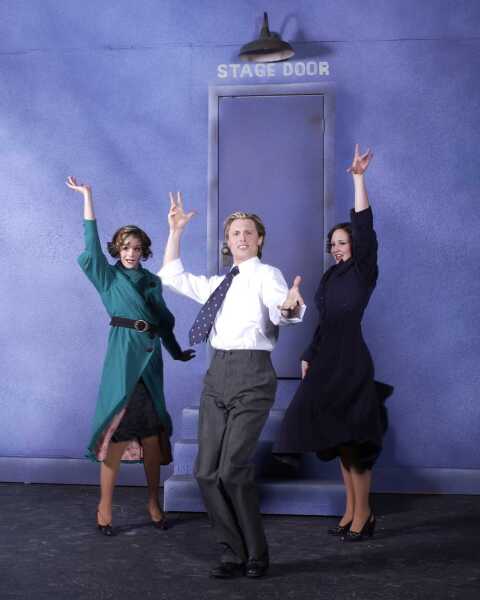 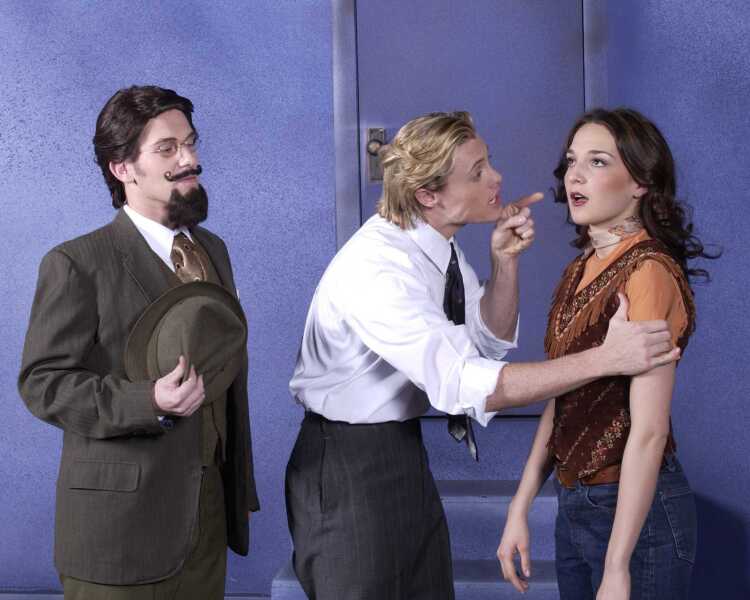 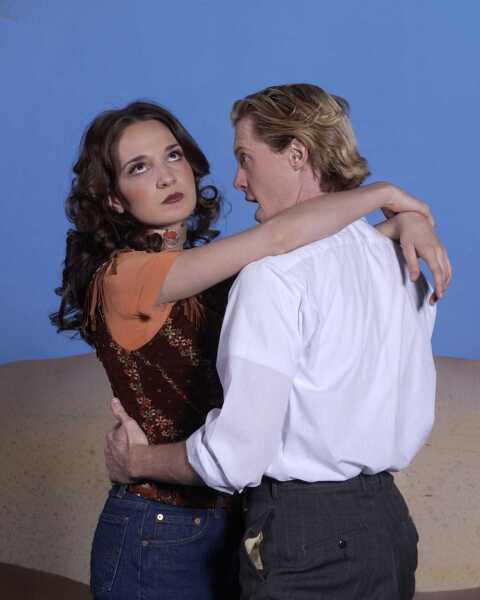 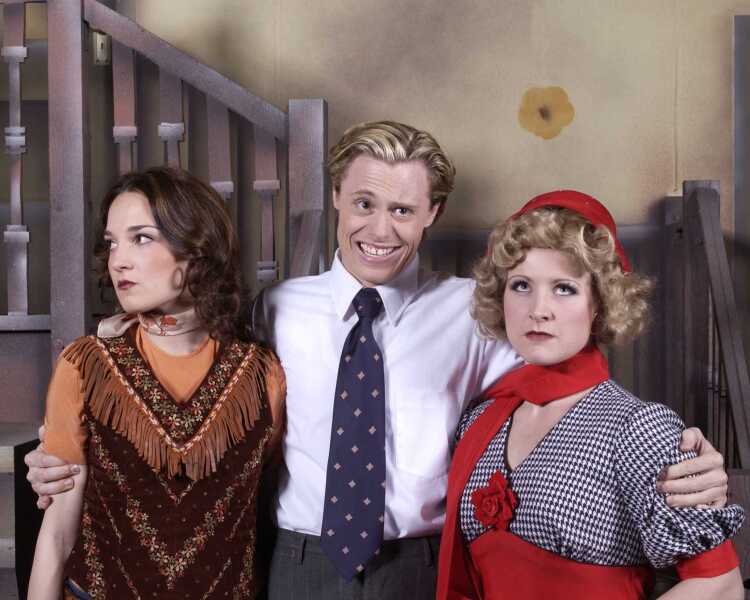 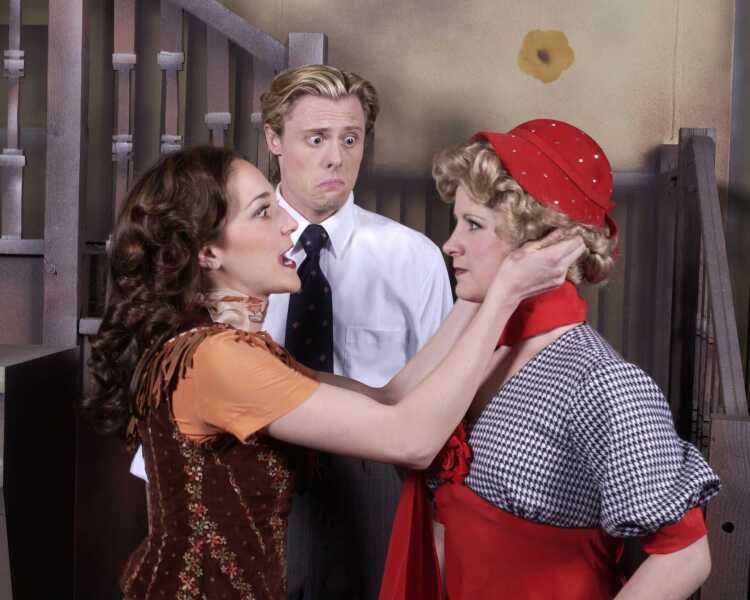 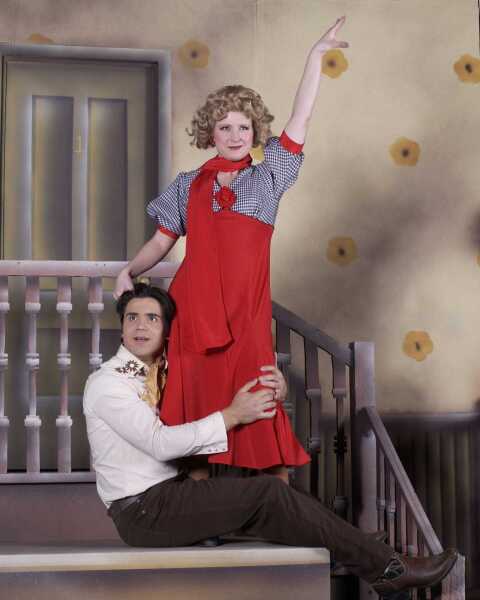 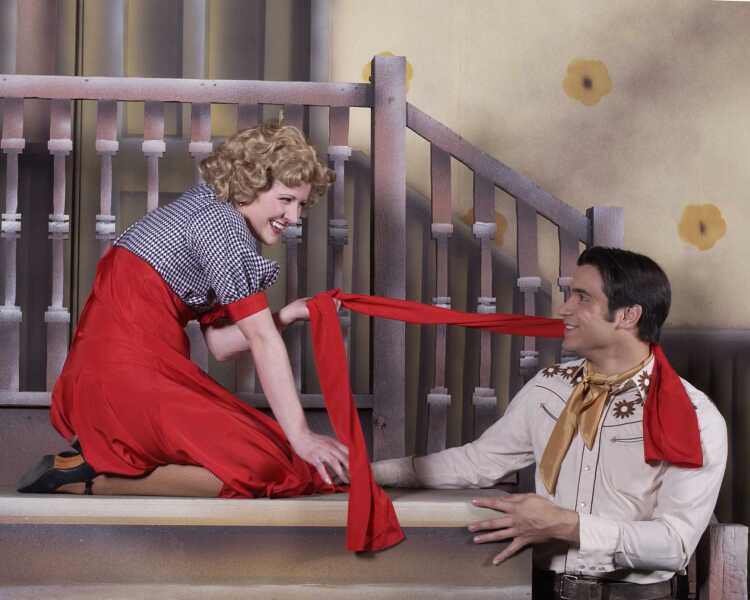 8 of 8
Crazy7-l.jpg
Mark A. Philbrick/BYU Photo
1 of 8
Download this Gallery By clicking this link you agree to our Terms & Conditions
Related Articles
data-content-type="article"