BYU student Dayan Bernal faced a real-world challenge when she crossed the street to teach at Provo High School: the 10th graders in her class didn’t seem like college material, even in their own minds.
Some had recently immigrated to Provo from other states or nations. Many worked nights to help their family make monthly rent payments. All of them struggled with schoolwork and had failed one or more classes already in their young high school careers.

For her BYU honors thesis, Dayan developed a college prep course for Latino students with the help of a faculty mentor and a university grant. Administrators at Provo High School gave her a venue to put the course in action: in the library twice a week with 25 struggling students.

Yet three years later, 17 of them are wrapping up their first year at college campuses around the state, and they credit a determined mentor from BYU with the inspiration and skills necessary to make the leap.

“If it weren’t for Dayan and her time and work, I don’t think a lot of us would have graduated or even thought about college,” said Tabby Davila, now an education major at Utah Valley University.

Dayan’s personal academic journey is no less remarkable. The daughter of Bolivian immigrants, she will be the first member of her family to graduate from college when she receives a degree in Latin American Studies this April from BYU.

At Provo High, her first hurdle was getting the students to believe in themselves. She arranged guest lectures by fellow Latino BYU students and local professionals who could personally relate to the students’ situations. And without ignoring some tough realities, Dayan refused to accept any excuses for not dreaming big.

Before long, her enthusiasm caught on with the students. Gary Guanuna recalls Dayan pushing him to attend her after-school tutoring even though the daily sessions conflicted with his work schedule at a local pizza place. His grades quickly improved, and Gary began recruiting friends to come to Dayan’s college prep course.

“My friends would ditch class and hang out in the library,” Guanuna said. “I said ‘Come to our class,’ and they started coming frequently and staying after school.”

When the school year ended, Dayan wasn’t done with her pupils despite having fulfilled the requirements for her honors thesis. She organized a summer class to prep students for the ACT college entrance exam. Most of the students stuck with Dayan’s plan.

“We pulled together and studied together,” Guanuna said.

But an LDS mission call to Chicago meant that Dayan wouldn’t be there when her students took the exams and later applied to college. She lost contact with some of the students who had moved away by the time she returned to BYU.

Today 17 of her pupils are enrolled at the University of Utah, Utah Valley University and LDS Business College.

“I didn’t really expect that I was going to go to college,” Guanuna said. “I would think about it, but my grades were so bad, I didn’t really have hope for it. She started talking to us and showing us all these opportunities. She opened up the door. She showed us we could make it.”

Dayan’s post-graduation plans? She’s headed to law school and plans to start a local non-profit to help disadvantaged youth prepare for and complete a college degree.

“Education does not only provide higher economic status, it gives you opportunity and freedom to make better choices in your life,” she said. 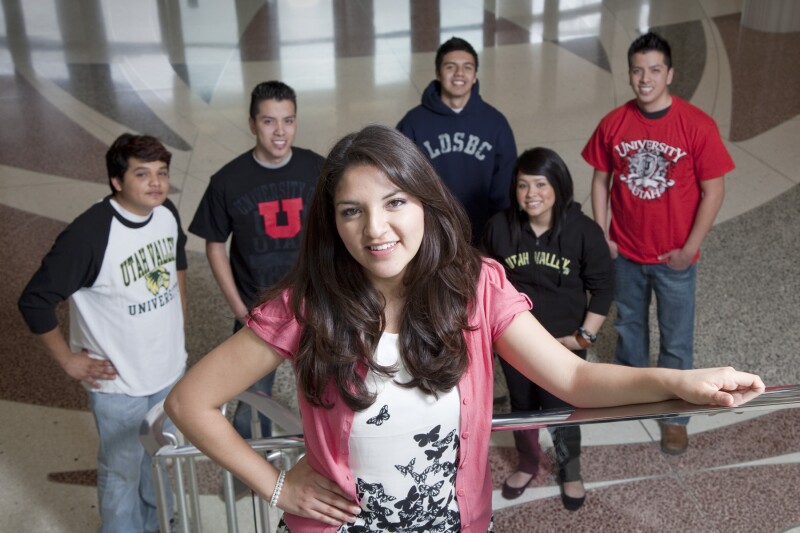 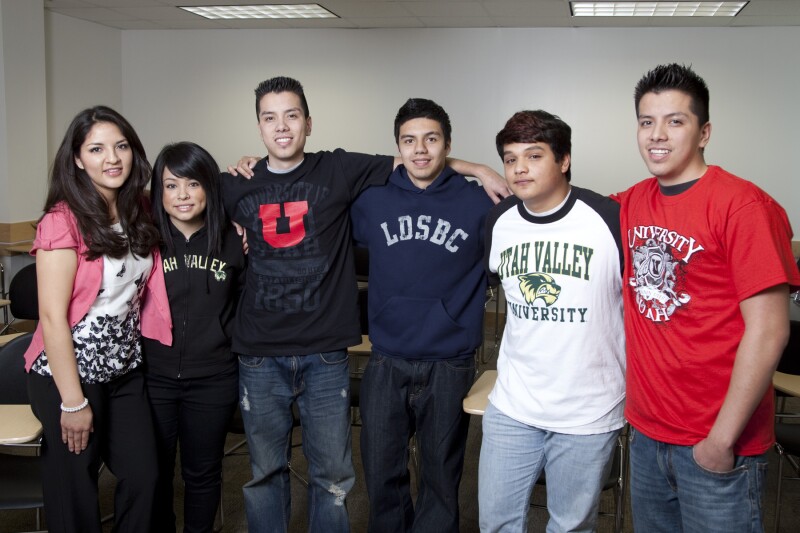 2 of 2
1003-37 064.jpg
Mark A. Philbrick/BYU Photo
1 of 2
Download this Gallery By clicking this link you agree to our Terms & Conditions
Media Contact: Joe Hadfield
Related Articles
data-content-type="article"