Brigham Young University, the Physical Facilities division and Grounds crews will be welcoming in spring the week of April 11-15 by turning on the water for the new half-mile long “South Campus Stream and Trail,” a restoration project that began in February 2010 and was completed last Thanksgiving weekend.

This heavily vegetated area on the south end of lower campus has been transformed into a beautiful and inviting area. The water in the stream will be officially turned on during the first week of April, and a series of events the following week will celebrate this remodeled area of campus, according to  Roy Peterman, director of Grounds for BYU.

During the week of events, pedestrians are encouraged to begin their walk at the Indoor Tennis Courts (by the soccer/rugby field) and walk south and eastward toward the Botany Pond.

• A Duck Walk — Monday, April 11, from 6 to 8 p.m. Beginning near the Indoor Tennis Courts, individuals and families may purchase rubber ducks for $1 each and then follow the ducks along the stream to the end. BYU employees will be posted along the stream to dislodge any “stuck ducks.” At the end of the walk, employees will remove the ducks from the stream and return them to their owners as keepsakes. A new limited edition flavor of BYU Creamery ice cream — “River Rock,” developed especially for this occasion — will be available at the end of the walk for 50 cents.

• Photo-taking — Tuesday, April 12, from 4 to 6 p.m. Representatives from the BYU Bookstore will take pictures of individuals, couples and families along the stream. They will offer a free 4 x 6 printed photo, available at the BYU Bookstore, as a memento.

• Evening Streamside Stroll — Wednesday, April 13, from 6 to 8 p.m.  Enjoy the beauty of the South Campus Stream and Trail in the cool of the evening. “River Rock” ice cream will again be available for purchase at the end of the walk.

• Wellness Walk — Friday, April 15, from noon to 1 p.m.  All interested BYU faculty and staff are invited to walk the entire length of the stream and trail (approximately a half mile).  The walk will include identification of plant life along the stream, and prizes will be given out at the end.

Decades ago, the Upper East Union Canal flowed with water from the Provo River and brought water to the local farmers and their orchards.  Over the years, the need for that water diminished until the canal no longer was needed or used.  For a time Provo City even used the vacant waterway for storm water drainage after heavy rains.

In 2009, BYU installed a new below-ground storm drainage system to control storm water, leaving the old waterway available again for use as a stream bed.  The new stream runs along the same path as the old one and still uses water straight from the Provo River that is now re-circulated to conserve resources.

“Along the trail we have installed areas with benches and natural rocks,” said Peterman. “A large variety of plants surround the waterway and offer educational opportunities.”

“Five waterfalls flow into the stream at various spots along the path,” he added. “The sound of the waterfalls serves to cancel some of the ambient noise of the surrounding busy city, contributing to the tranquil nature of the area. Light posts have also been located along the trail to make it a well-lit area at night.”

Of course, appropriate caution should be used in this and any other areas of campus after dark.

“The purpose of the waterway area is not to attract large crowds of people every day, but rather to provide peaceful access to nature in close proximity of campus,” said Peterman. “Re-establishing the trail alongside the stream will give members of the BYU community a place to experience some peaceful moments and an area ideal for ‘getting away from it all’ for a few minutes.”

“Many staff members and students participated in construction of the stream and path,” said Peterman. “It is reflective of the partnership of education in the landscape management, engineering and physical plant administration programs at BYU.” 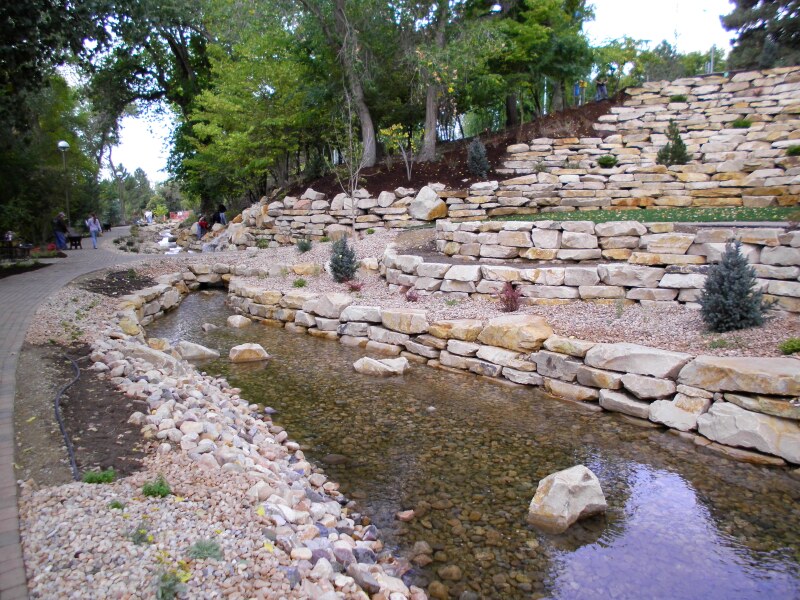 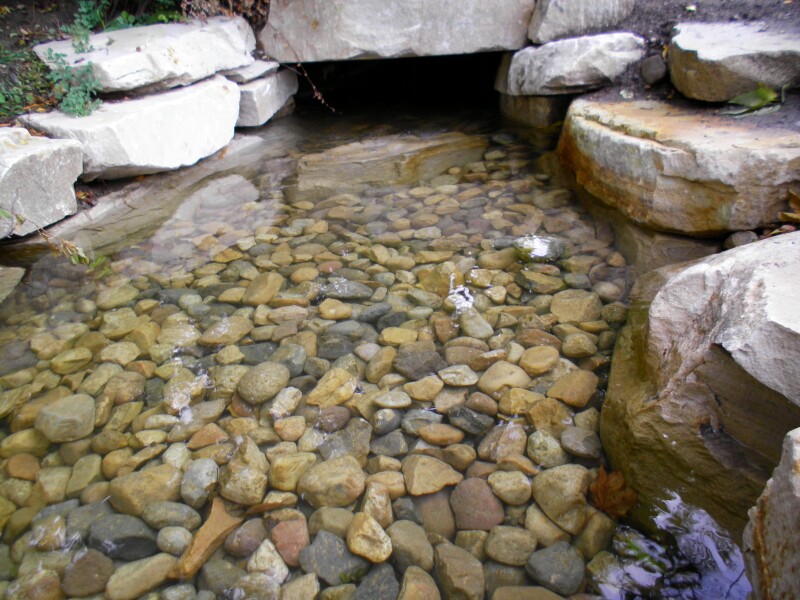 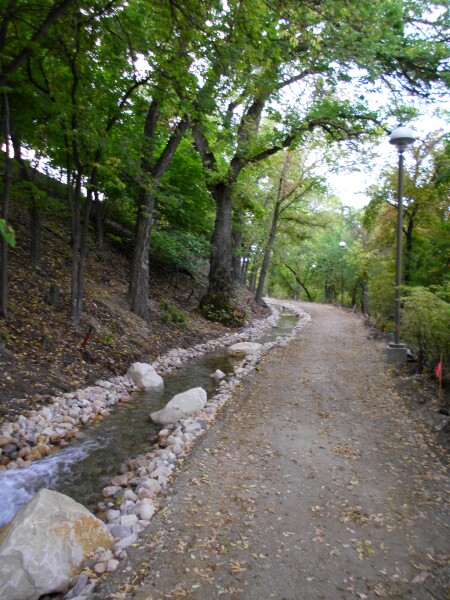 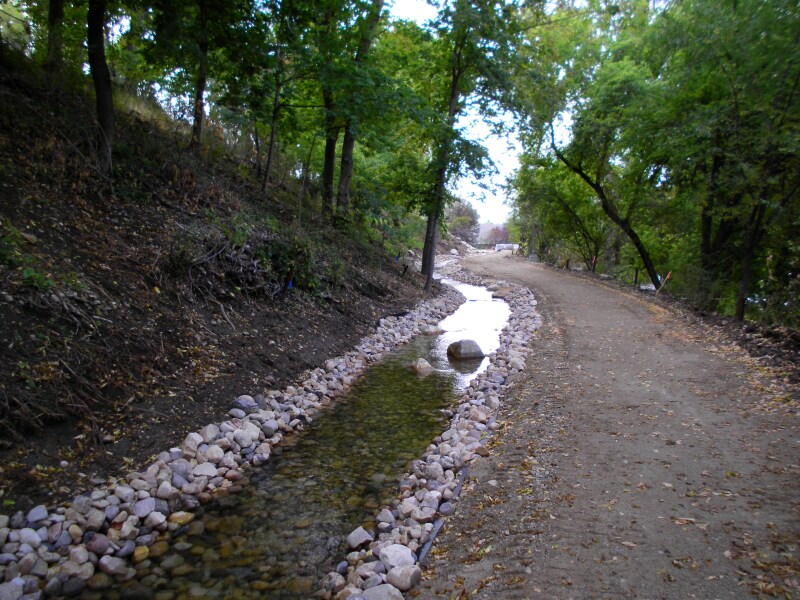 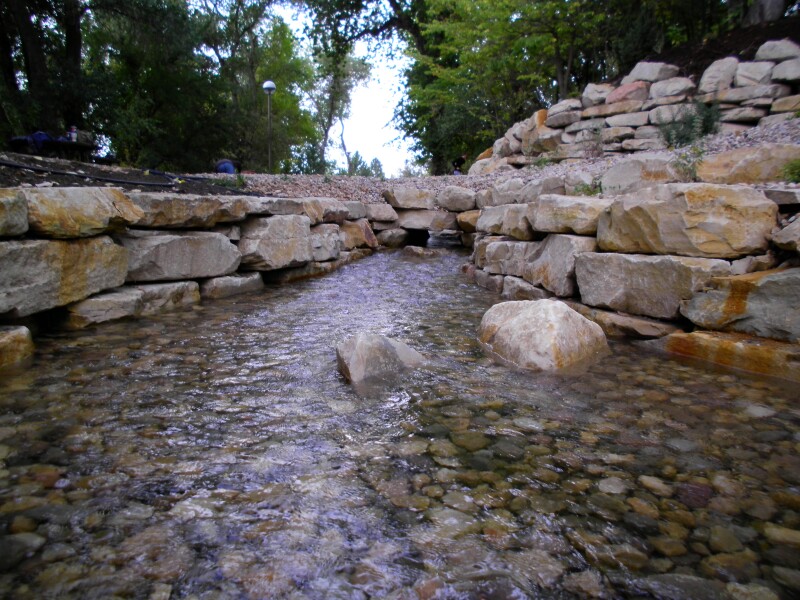 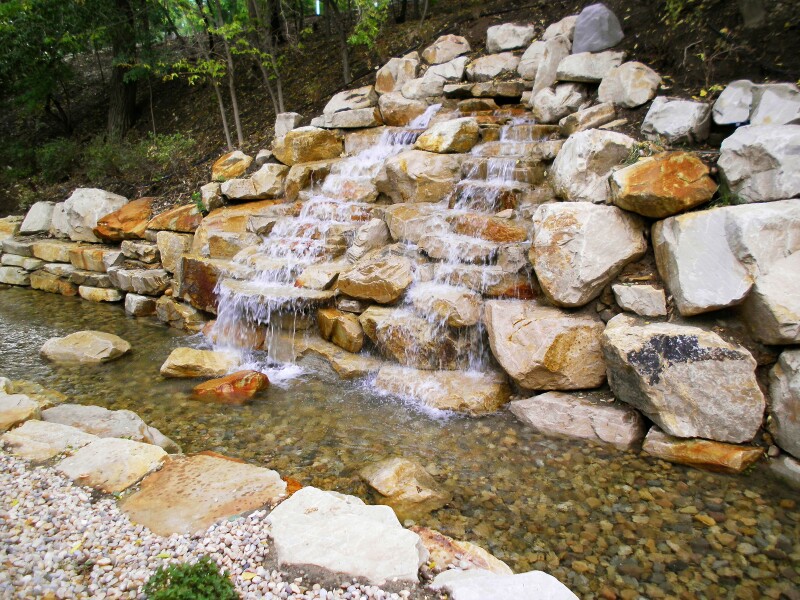 6 of 6
waterfall.jpg
Jaren S. Wilkey/BYU Photo
1 of 6
Download this Gallery By clicking this link you agree to our Terms & Conditions
Related Articles
data-content-type="article"