When you hear 'Chip Camp,' you might think of a weekend getaway fueled by Doritos. But for more than 100 7th and 8th graders, Chip Camp has nothing to do with cheetle (the orange, powdery residue left on your fingers after eating Cheetos).

Instead, BYU Chip Camp unites budding and bright-eyed mathematicians, scientists and engineers to discover the possibilities in STEM education.

And after only one year on BYU's campus, it's doubled in size.

"We were surprised at how much demand there has been for Chip Camp. It's the first engineering camp BYU has offered, and there are kids from out of state who want to come here and experience this," said Chip Camp Coordinator and BYU Electrical Engineering Professor Aaron Hawkins. "So we've added an entire second session, and even then we had 80 extra applicants."

The camp sponsors, Micron Foundation and IMFlash Technologies, in partnership with BYU's Electrical and Computer Engineering Department, are dedicated to developing an effective program that promotes science, technology, engineering, and math education.

The Micron Foundation started a Chip Camp in Boise, Idaho. The foundation saw huge success among campers and parents and decided to bring the same success to BYU.

"The purpose of Chip Camp is to get the campers excited about engineering," said Taylor Welker, a Chip Camp counselor and senior in computer engineering. "This is mostly about motivation to look into engineering fields, and forming a camaraderie with other students who love math and science."

During the three-day camp, campers experience over a dozen modules, or engineering activities, ranging from catapults to rockets to microchips. The BYU engineering students give help, instruction and supervision.

A camper's prize at the end of the three days is a Frisbee with programmable LED lights to take home. Coordinators hope that campers will spend time this summer programming and re-programming, using skills they've learned at camp. They encourage campers to spend the summer creating, experimenting and letting their interests grow.

Besides the programing instruction and encouragement, campers are learning a whole lot more than math and science skills.

"I am normally really quiet at stuff like this and I?m always in the back," said 13 year-old Lucy Eldridge, from Meridian, Idaho, who loved her group of three girls. "But here, it's fun being with kids who like the same stuff as I do. It definitely got me out of my shell to be goofy and giggly."

At the conclusion of camps this summer, counselors, professors and campers are looking to the future. Because hopefully, Chip Camp can grow bigger and better.

"Last year, the day after camp I got emails and text messages from parents of campers telling me that their kids were coming home and playing with the programmable Frisbee we gave them for hours," said Trevor Decker, a Chip Camp counselor and senior in electrical engineering. "That's rewarding, to know that the students actually enjoyed the camp enough to do something related after the camp." 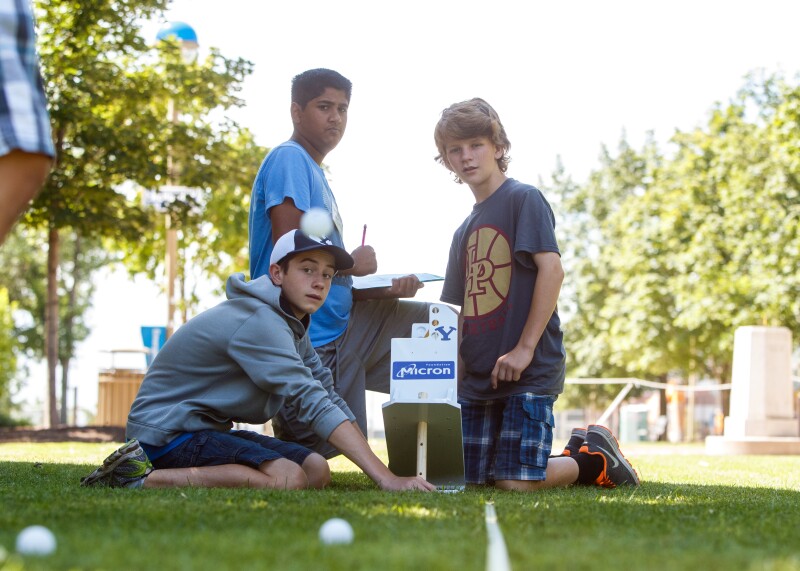 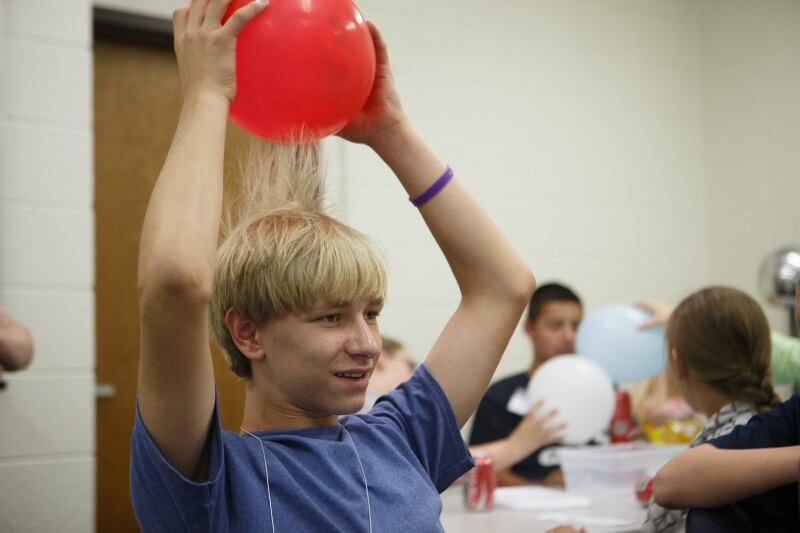 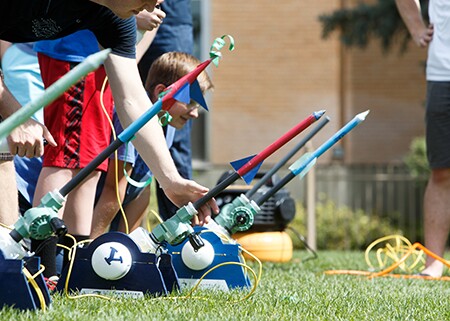