Brigham Young University will host the Utah premiere of a new adaptation of "The Thousand and One Nights" by presenting selections from Mary Zimmerman’s “Arabian Nights” Thursday, May 24, through Saturday, June 9, at 7:30 p.m. in the Pardoe Theatre.

Matinee performances will occur on May 26 and 31 and June 2, 8 and 9 starting at 2 p.m. There will be no performances Sundays or Mondays.

Tickets can be purchased at the Fine Arts Ticket Office, (801) 422-4322 or byuarts.com/tickets. Reduced-price tickets are available for dress rehearsals and matinees.

The production focuses on Scheherazade, a beautiful bride who must spin hypnotic tales of genies, jesters, thieves and kings to win her freedom and her husband’s heart. These stories, adapted from Mary Zimmerman’s work along with some additional stories created by BYU students, will be presented onstage.

Director Megan Sanborn Jones aims to bridge the gap between modern perceptions of the contemporary Islamic culture and an appreciation for Islamic literature, with an end goal of opening up dialogue.

“Our hope is that this production can help families reevaluate their present perceptions of the Middle East by being introduced to powerful stories of the past,” said Jones.

To augment the performances, the production crew has been collecting and plans to share 101 stories from the BYU community and beyond at a website, byuarabiannights.com. The stories are a response to the question posed by the production: What story would you tell to save your life?

Audience members may also register now for a free "Lunch 'n' Learn" workshop offered at 12:30 p.m. in the north lobby of the Pardoe Theatre prior to the May 31 and June 2, 8 and 9 matinees of "Arabian Nights." The activity will be an opportunity for all playgoers ages 8 and older to participate in learning activities inspired by "Arabian Nights."

BYU student “teaching artists” will lead the 60-minute workshops and then provide a space for participants to enjoy lunch before the performance begins. (Those interested should bring their own lunches, as meals will not be provided by BYU).

The production, which closes the 2011-2012 theatre season at BYU, is part of a campus initiative supporting “Beauty and Belief,” a major exhibit at the BYU Museum of Art that features more than 250 objects of Islamic art from 50 lenders in the United States and nine other countries in Europe and the Middle East.

During winter semester 2012, the cast and crew hosted or partnered with a series of guest artists to prepare for their production, including:

• Banafsheh Sayyad, an award-winning choreographer, instructed them in the Sufi ritual of whirling;

• Rohina Malik, a performance artist and playwright, performed her one-woman show “Unveiled” to a sold-out audience and discussed what it means to be a woman wearing the veil in a post-9/11 America.

The production is sponsored by the Department of Theatre and Media Arts. 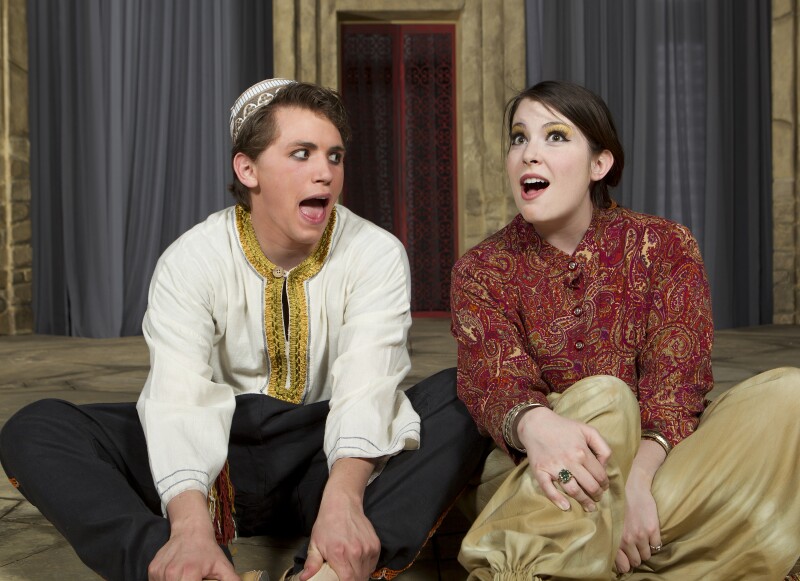 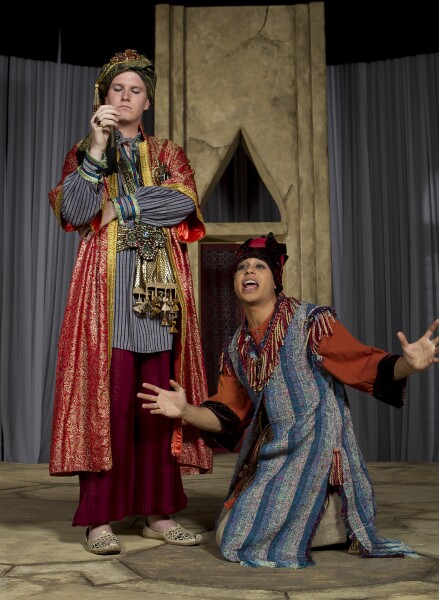 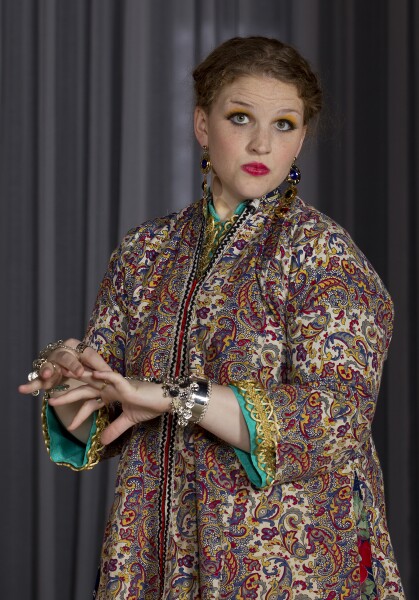 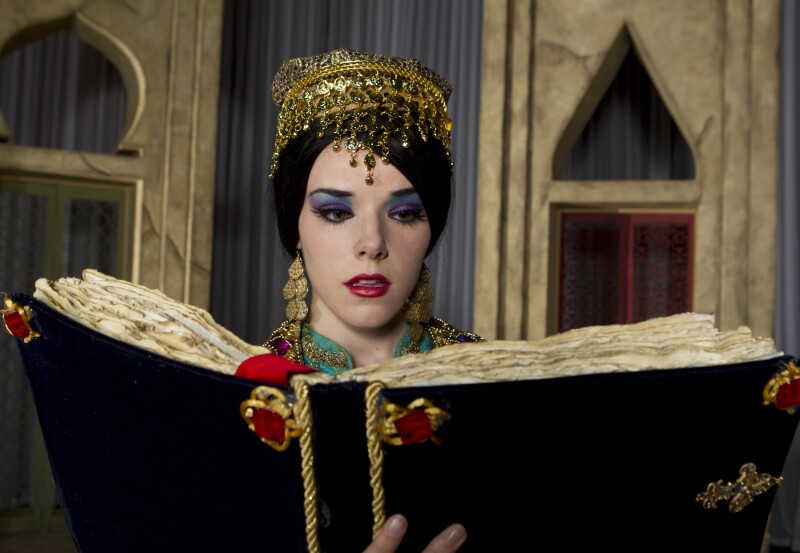 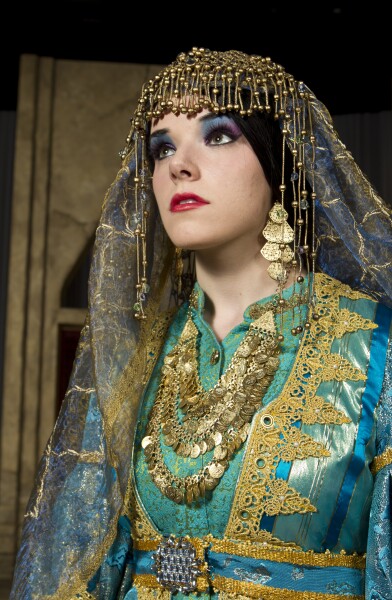 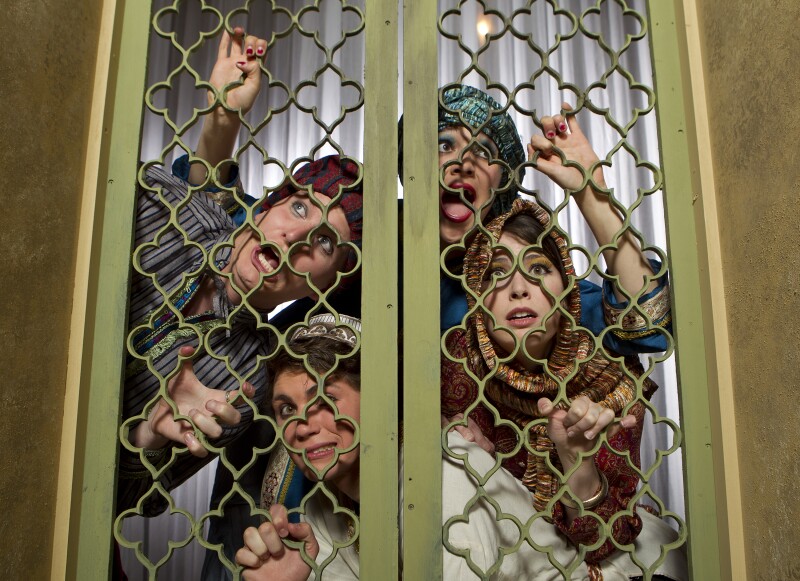 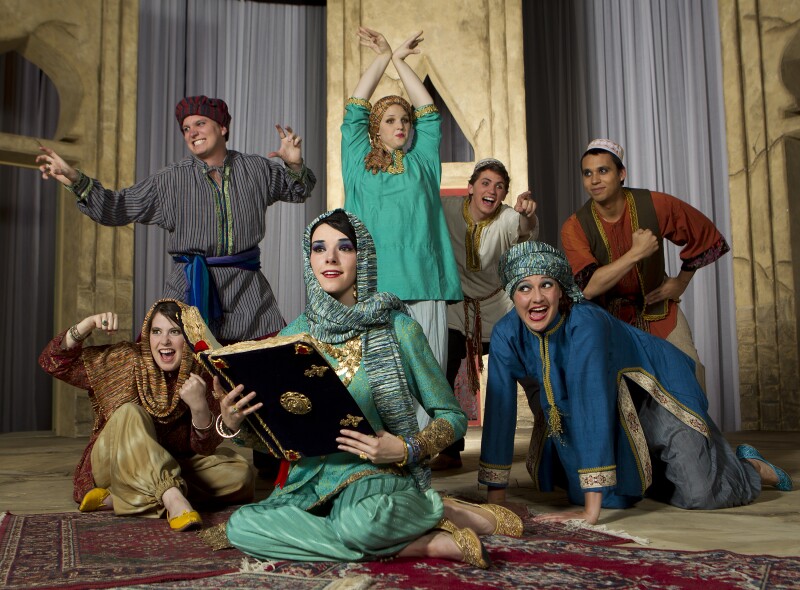 7 of 7
1205-09 458.jpg
Jaren S. Wilkey/BYU Photo
1 of 7
Download this Gallery By clicking this link you agree to our Terms & Conditions
Related Articles
data-content-type="article"