After 100 years of performing, day or night, rain or snow, the Cougar Marching Band will rise and shout this fall to celebrate its centennial anniversary with a new home.

The newly finished Cougar Marching Band Hall at LaVell Edwards Stadium gives the band a central location for rehearsals and much-needed storage space for uniforms, instruments and other equipment.

But, most importantly, it will give "The Power of the Wasatch" a place of its own for the first time in its 100-year history.

"With as much effort and time as these students put in, this facility will finally give them a place to call home, a place to give them some identity," said Band Director Fred McInnis.

Over the last century, the band has been housed in numerous campus locations, from the College Hall next to the old Academy building, to the Harris Fine Arts Center. Band members have showed they were loyal, strong and true when practices in the Marriott Center parking lot were hampered by rain or snow.

The new band hall gives the 225 band members a dry spot to rehearse in when inclement weather threatens, while also providing technology to enhance the marching routines. For outside practices, the band will again rehearse in the west parking lot of the stadium, where they practiced until the expansion of the stadium in 1982.

"We've practiced rain, sleet or snow, but when you can't move your hands, it's hard to play your instrument," said senior drum line section leader, Joey Fitch. "Now it's a different feeling having somewhere to go."

"Having it in LaVell Edwards Stadium, with its tradition, is so important for the band students," added Don Peterson, who has weathered many a rain storm as the former band director of 21 years.

The two-floor structure, which can be seen on the underside of the west bleachers, was funded entirely by donors. In addition to storage space, the facility includes band offices, instrument lockers and video screens that assist in rehearsals.

"They've never had any facility before - students were storing instruments in car trunks or renting out storage lockers, or taking them home," said Dale Monson, chair of the BYU Department of Music. "This is quite a momentous time for the band."

Though the band members will no longer toot their horns in the Marriott Center parking lot, they will still do the traditional pre-game march to LaVell Edwards Stadium down University Parkway after staging at Miller Park.

And when the games are over and it's time to go home, the band members can rest assured their expensive instruments are locked up safely and neatly.

"We're grateful that people have contributed to this facility and have recognized the hard work we put in," said band president Chrissy Kemp. "We've always been behind the teams, now we have a place with them."

Band History: 100 Years of "The Power of the Wasatch"

The Cougar Marching Band got its start as an ROTC marching band in 1908, with Albert Miller as the first known band director. Robert Sauer replaced Miller that same year and led the band for the next 35 years. During Sauer's years, the band met at the lower campus College Hall in the Education Building (Academy Building).

In its early years, under the direction of Miller, Sauer and then John Halliday, the band functioned largely as an ROTC marching unit and performed in parades - which were quite popular at the time. By the time Halliday took over in 1943, the band had moved from the College Hall to the East Room of the Social Hall.

It wasn't until Norman Hunt took over as director of bands between 1950 and 1953 that the band began to function in the way that it is best known today - performing at football games.

Dick Ballou was a student assistant under Norman Hunt and became the first full-time marching band director in 1953. Under his direction the band became known as the "Incomparable Cougar Marching Band."

In 1965, the band found a new home when the Harris Fine Arts Center was completed. A year later, in 1966, Ballou became director of bands and Grant Elkington took his post as marching band director.

During these years, the band proudly supported the BYU football team as it played in the Fiesta Bowl, the Tangerine Bowl, seven Holiday Bowls and the Florida Citrus Bowl.

In 1986, Don Peterson joined the faculty and was also assigned to lead the Cougar Marching Band, which he did for the next 21 years. Fred McInnis took over as director of the band in 2007, while Peterson assumed the position of director of bands earlier this year. 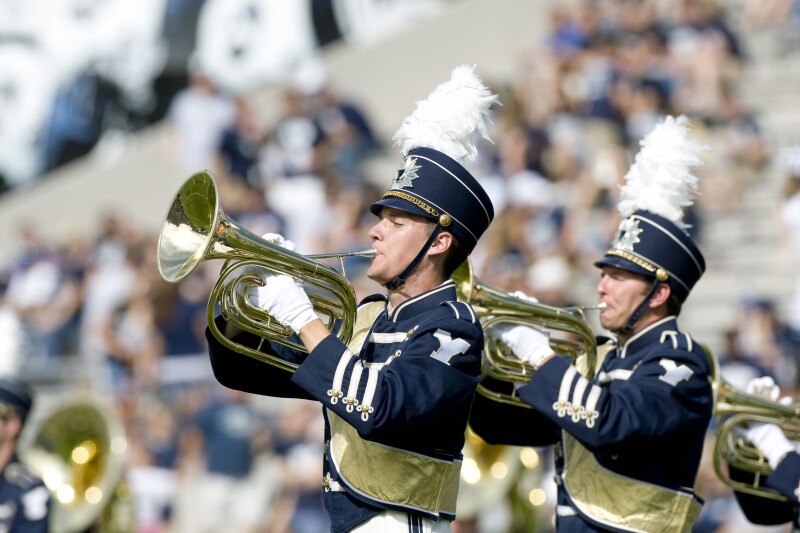 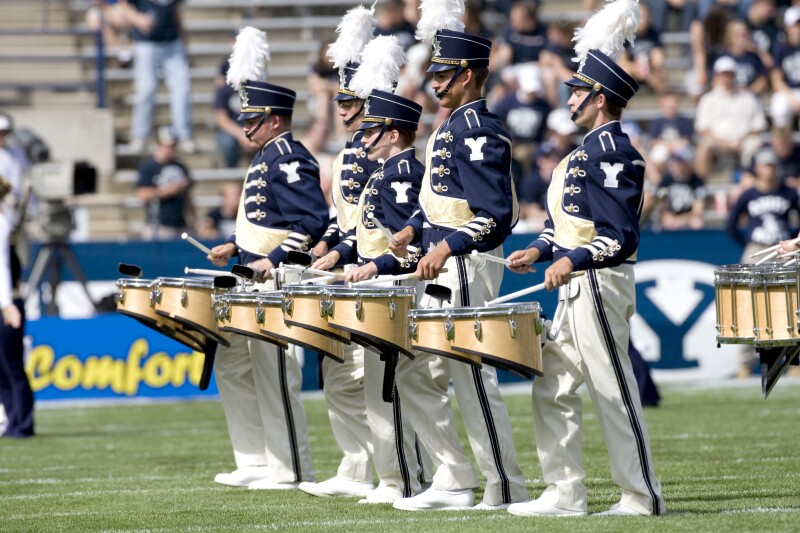 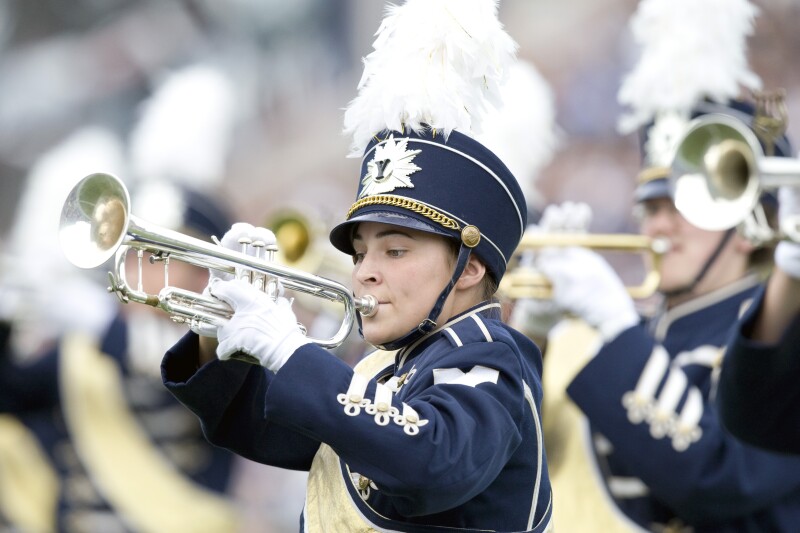 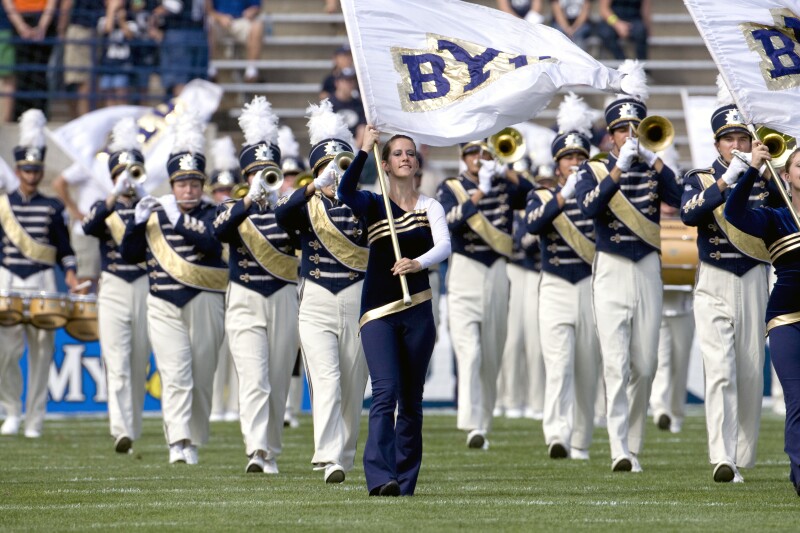 4 of 4
08FTBNIowa1644.jpg
Mark A. Philbrick/BYU Photo
1 of 4
Download this Gallery By clicking this link you agree to our Terms & Conditions
Media Contact: Todd Hollingshead
Related Articles
data-content-type="article"