A BYU team led by Laura Bridgewater, who delivered the university forum address Tuesday, recently identified a new version of a protein involved in several key processes in the body.
The team included four graduate students and four who were undergraduates at the time of their work on the study. Three of those are now in medical school and a fourth will go next year.

Bridgewater, associate professor of microbiology and molecular biology, has been studying cartilage formation for years, including a well known family of proteins that was identified 20 years ago called BMP proteins. One in particular, known as BMP2, has been shown to be involved in several different developmental processes, including the formation of bone, cartilage, heart cells, and limbs.

This protein is made inside cells and then “spit out” to bind to the outsides of other cells. So Bridgewater and her team were surprised when they were analyzing a cell nucleus and found what appeared to be the BMP2 protein. Further testing verified the discovery.

“What we’ve found is that there is an alternative form of the BMP2 protein made from the very same gene, but this version is carried into the nucleus of the cell, where the genes are,” she explained. The finding is reported in the journal BMC Cell Biology.

Bridgewater’s lab is now working to understand the purpose and function of the new “nuclear” BMP2 protein. To do so they’ve enlisted the assistance of Nobel Prize winner Mario Cappechi of the University of Utah, who helped them develop mice that lack the new type of protein.

“When you see what goes wrong when that protein is missing, then you can figure out what its normal role is,” Bridgewater said. So far she has achieved “interesting” results she hopes to publish soon.

“Finding a new protein is very exciting for me,” she said. “I feel like a private investigator following different clues in directions I’ve never gone before.”

Her lab is also continuing her previous research, funded by the National Institutes of Health, studying three lines of mice that develop osteoarthritis.

Bridgewater has mentored more than 100 students during her 11 years at BYU. Her student coauthors on this new study are: Jenny Felin, Jaime Mayo, Trina Loos, and Jennie Moss (graduate students); and Daniel Jensen, Daniel Sperry, Stephanie Gaufin, and Chris Meinhart (undergrads at the time of their contribution). 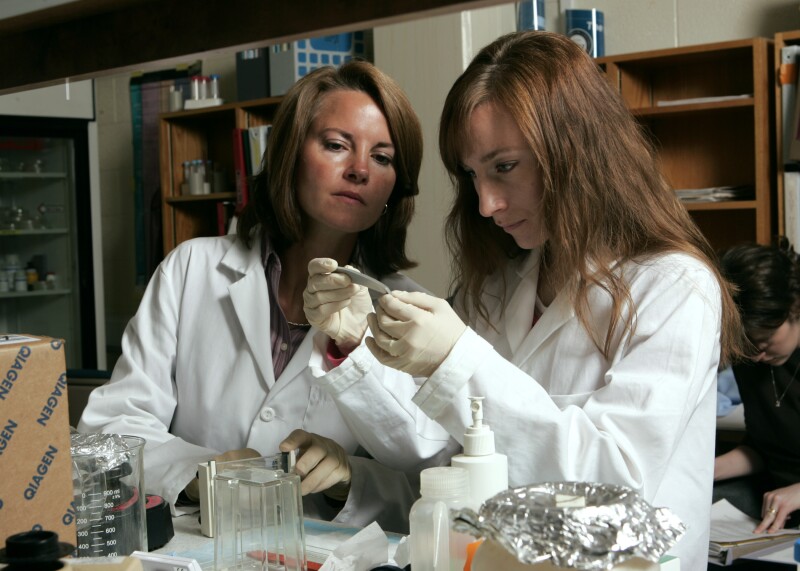 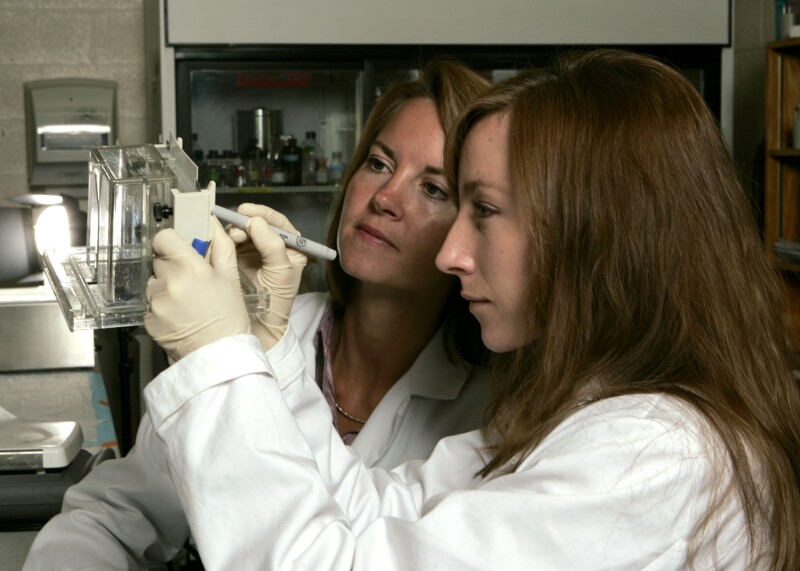 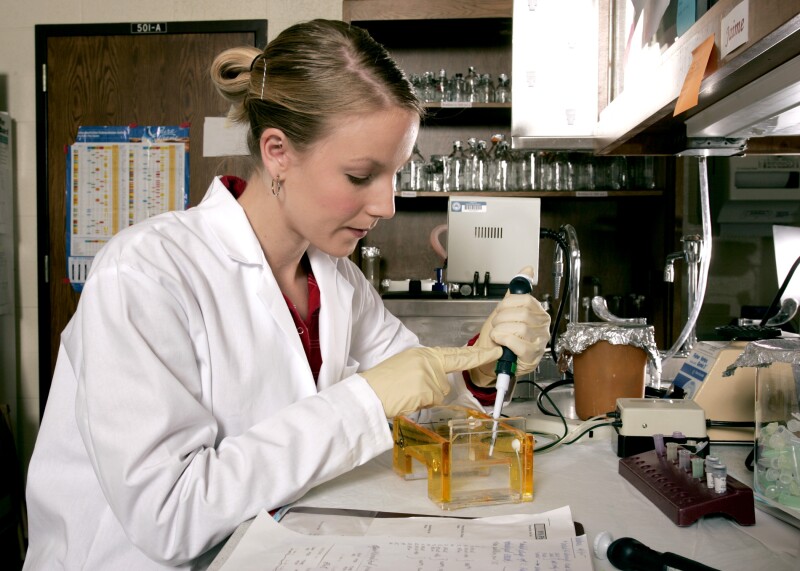 3 of 3
Mayo 0505-03 071.jpg
Mark A. Philbrick/BYU Photo
1 of 3
Download this Gallery By clicking this link you agree to our Terms & Conditions
Related Articles
data-content-type="article"