New research from BYU social work professor Kevin Shafer shows that a dad’s depression can have a specific impact on his parenting.

“Many studies look at moms who are depressed and how they impact children,” Shafer said. “Very few looked at how depressed fathers influence their children. As dads become more involved in their children’s lives, we thought this was an important question with significant implications for families.”

The research, published last month, found that a father’s depression had a direct effect on both internalized and externalized behavioral problems in adolescents. Internalizing behaviors include high levels of withdrawal, anxiety and depressed mood. Externalizing behaviors are directed outward and are associated with heightened anger and aggression. In contrast, the study also showed that maternal depression impacts kids, but in more subtle ways, since most women internalize their depression.

“Kids probably pick up on their dad’s depression in ways they don’t with mothers,” Shafer said. “Men are more likely to show anger and frustration. Children are going to notice, and it’s going to affect them.”

Mental health awareness campaigns have been popping up across the country, especially on college campuses. Shafer says these are helpful in showing people, particular men, that it’s alright to talk about mental health openly and honestly.

At BYU, star quarterback Tanner Mangum opened up about his own mental health battles during BYU’s recent #MentalHealthMatters campaign. His Instagram post was a revelation to many. It spread throughout social media and made local and national headlines.

&nbsp; It's Mental Health Awareness Week here at BYU and I want to speak out about something that I consider very personal and real. Not many people know that I suffer from mild depression and anxiety. I take antidepressants every day to help with my condition, have visits with a counselor, and I am not ashamed; on the contrary, I am proud to embrace my own personal journey, accept and love myself -- flaws and all. I am grateful to be able to raise my voice, and stand up for those who experience similar struggles. This might be surprising to many, due to my normally optimistic, outgoing, and happy personality, but I hope we can understand that just because someone is beaming brightly on the outside, doesn't mean they are free from their own personal struggles underneath the surface. We are all human, each with unique battles, and I promise that these battles are better fought together, not alone. Mental illness is one of my personal battles and I want to offer my love and support to all those who suffer in one way or another. You are not alone. There is help. Let's focus on accepting and loving one another for who we are and celebrate our humanity. It's a beautiful thing. Let's erase the stigma surrounding mental health. #mentalhealth #mentalhealthawareness A post shared by Tanner Mangum (@tannermangum) on Apr 3, 2017 at 4:16pm PDT

As more prominent male figures continue to share their experiences like this, Shafer says it can have a positive ripple effect with other men being more willing to share and seek help themselves. This would then benefit more than just themselves in the long run.

“What Tanner showed is that it’s OK for men to be vulnerable and admit to mental health issues,” Shafer said. “Tanner is what many would call a man’s man. He plays football. He might be the most visible male student on this campus. We need men to understand that if they are depressed, its OK to get help. It will benefit them, their families and their communities.”

BYU graduate students Brandon Fielding and Doug Wendt were co-authors on the study with Shafer. Fielding recently graduated with his master’s of social work from BYU. Wendt is currently a second-year PhD student in marriage and family therapy at BYU.

"In studying and researching men's depression with Kevin, it has not only expanded my definitions of mental health for men, but I have become more forthcoming with friends and loved ones about my own challenges and shortcomings regarding mental health,” Fielding said. 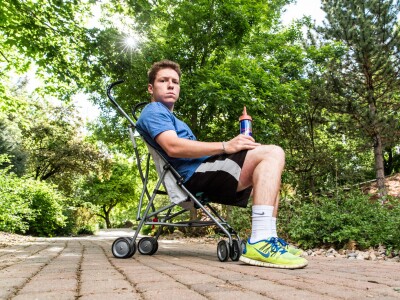 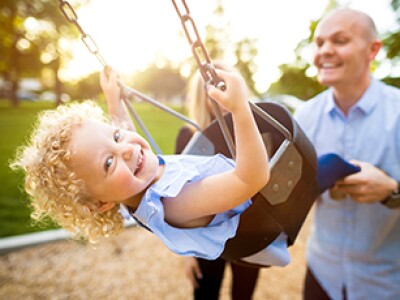 Intellect
Study: Today’s dads are engaging more with their kids
Whether it’s physically being there for a baseball game or piano recital, or emotionally being there to provide warmth or support in a tough time, there appears to be a shift in how fathers are viewing their roles.