That makes 9 top-three finishes in past 10 years

The contest thrust the team right into the challenges the five team seniors will face after graduating in April: how to move a development project forward in the middle of a deflated housing market. Starting with the remains of an actual failed real estate development in Texas, they aimed to convince investors to take stock in their revitalized version of the project.

Little did they know, one of the five judges was the land owner of the proposed subdivision.

After forming their team in the fall, senior Riley Plumb and his teammates picked up phones and started collecting everything they could find about the project site in Corsicana, a small town 40 miles south of Dallas.

“Everybody we talked to said, ‘We wouldn’t do this project right now,’” said Plumb. “So we had to overcome a lot of that, but it caused us to come up with a lot of creative thinking.”

Three months and at least 1,500 hours of work later, the team had a modest proposal: Supply what the Corsicana market demanded — modest homes for first-time homeowners. Their project asked for a line of credit of $300,000, a paltry sum considering their competitors asked for millions.

The plan sounds simple, but it’s no easy task to spruce up an original builder’s plans with a healthy dose of green-code compliance and added aesthetic appeal, all while keeping the final selling prices in the right market range.

Upon arriving at the competition, perhaps small waves of doubt crashed against the team as they observed competitors’ multimillion dollar plans for high-rise condos and fancy homes.

But the frugal strategy paid off.

Commenting on BYU’s win, Russ Peterson, an assistant professor of construction science at Texas A&M, said, “It is a tremendous honor, and BYU consistently fields talented teams. The students are very well- prepared and very professional.”

The team’s number-cruncher, Jeremy Budge, had previously worked in private equity firms and was key to the victory, Plumb said.

“What separated us from the competition was our financial analysis of this project and figuring out really how this thing could be feasible even in today’s economy.” As Budge brought finance savvy, so did each teammate contribute a skill learned in classes and honed with experience. For Kelly Swan, it was leadership and graphic design; Michael Jarman, expertise with green building codes; Todd Baxter, marketing and digital modeling; Bryce Long, cost estimation; and Plumb, construction scheduling.

The BYU coach, Brian Capt, an assistant professor in BYU’s School of Technology, said his role is fairly limited. He poses questions that help the team consider unforeseen obstacles and then provides an outside eye to critique their presentation.

“A lot of the coaches I talk to are always wondering what is it that we as faculty do that’s so great,” he said. “The funny thing about that is that it always falls back to the students.”

Jarman agrees. “It’s the weight we put on our own shoulders — it makes you work that much harder.”

The legacy seems to carry over. Last year’s team captain sent Plumb a text message the night of the competition, wondering — with a hint of expectation — if they had kept the tradition alive.

Capt says the department doesn’t pressure the students, and he’s always impressed that a group rises to the top each year. “It’s their victory.”

And it’s a victory that counts. Taking home the trophy will help launch the students into their careers, says Peterson, the Texas A&M professor: “The whole idea of this competition is to get some of the top students from around the nation in one spot, and then recruit them for your company.”

That’s the path the five seniors will be following in a few months. And Baxter, the lone junior will be back to encourage next year’s crop of rising stars. 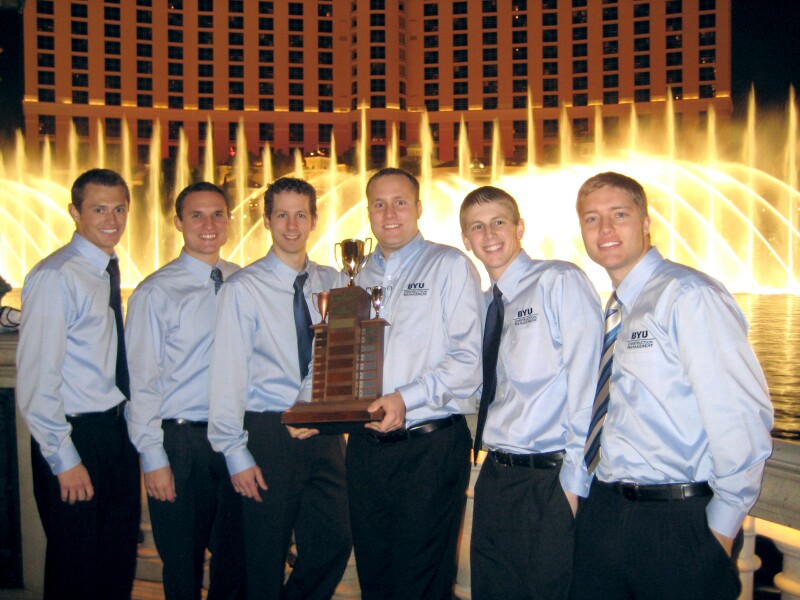 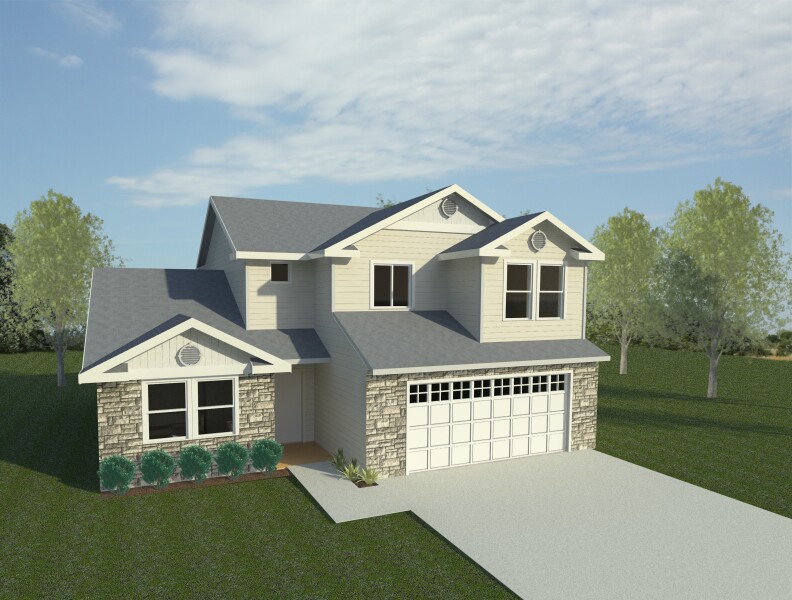 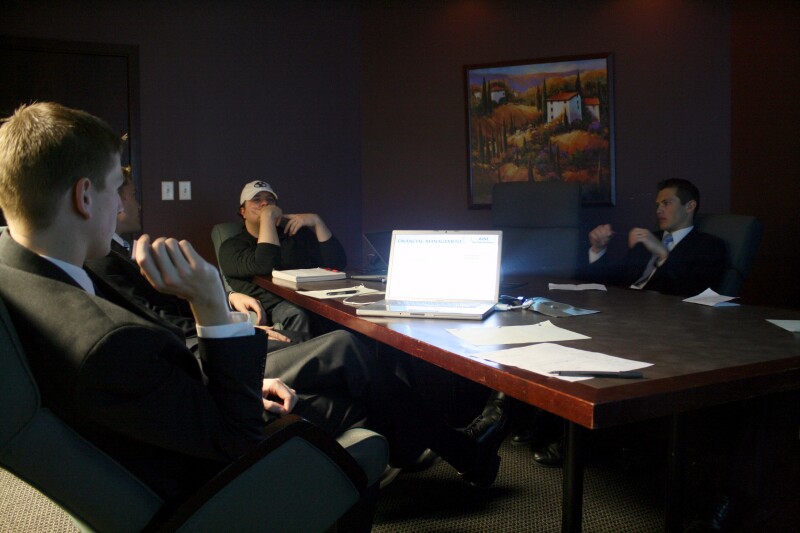 4 of 4
IMG_1085.jpg
Brian Capt/BYU Photo
1 of 4
Download this Gallery By clicking this link you agree to our Terms & Conditions
Related Articles
data-content-type="article"