Microscopic nematode worms can be a potent organic insecticide, killing crop-raiding bugs without harming plants or beneficial insects and without the environmental side effects of chemicals. But when the worms are mass-bred for agricultural purposes, they tend to, as Byron Adams says, “wimp out,” and are not as deadly as their cousins that grow in the wild.
The Brigham Young University biology professor and his students analyzed the genetic changes in lab-raised worms that make them less deadly to bugs. These results will help preserve the talents of what Adams affectionately calls “natural-born killers.” The findings also help us understand how to defeat parasites that harm beneficial plants and animals and those that cause human disease.

The team reports its results in the new issue of BMC Genomics. Graduate student Bishwo Adhikari is the lead author; two co-authors who were undergraduates at the time are now pursuing Ph.D.s at Caltech and the University of Wisconsin.

How the worms protect crops

When the worm, called H. bacteriophora finds an insect in the soil, it crawls inside and, Adams says, “barfs up” special bacteria that had hitched a ride with the worm. The bacteria quickly kill the insect and spread, and the worm gobbles up the bacteria and reproduces. The bacteria and baby worms eat what’s left of the bug, and then head off together in search of another insect host.

Plants and other insects, such as bees, are spared, and the worms are not toxic to humans. The bacteria are only deadly when introduced inside the insect, not when ingested, and can’t survive in soil or water. So they are only a threat to the insects targeted by the worm, which include the Japanese beetle, many species of weevils, the Colorado potato beetle, cucumber beetles and many others. These pests can wreak havoc on citrus trees, turfgrass, potatoes, and many other crops.

The worms occur naturally in concentrations too small to be effective at eradicating pests. So farmers can purchase bulk quantities of nematodes mass produced in huge fermentation tanks and spread them through irrigation. Producing deadly nematodes by the barrel is the problem.

Previous research has shown that the worms are less deadly to insects when grown away from their natural habitat. After a few generations, they don’t reproduce or find hosts as well, they have a tougher time tolerating heat and they aren’t as toxic to the bugs they do find.

“We wanted to know the genetic mechanisms that were responsible for these changes, so we did a series of experiments to look at differences in gene expression between the killers and the wimps,” said Adams.

The team examined all of the expressed genes of an inbred line (wimps) of worms and their original parental line (killers). They found differences in the expression of 1,185 genes, including those involved with metabolism, virulence and longevity.

“We show that even very small changes in the relative expression of these genes can produce large changes in wimpiness,” Adams said.

Now scientists can take steps to improve the quality of worms shipped to farmers. But that’s not what has Adams most excited about this work.

“The research also shows that many of the genes involved in the killer/wimp traits in these worms are unique to worms that are nasty parasites of plants, humans and other animal friends,” Adams says.

Some of these genes they identified play fundamental roles in host-parasite interactions, such as virulence and the suppression of host defense systems. That means the products of these genes could be promising targets for pharmaceuticals.

Other interventions could prevent disease by disrupting and altering the functions of these genes – taking what was learned about how the bug-killing nematodes evolved to became less deadly and leading harmful parasites down the same road.

Two undergrads generated the “wimpy” line of worms for the study, which required experiments to prove that the genetic deterioration came about because of inbreeding and not other potential genetic causes. They are the first authors on another paper about this that has been submitted for publication.

John Chaston, featured here for his work on nematodes in Antarctica, is now a National Science Foundation fellow pursing a Ph.D. at the University of Wisconsin.

Adler Dillman is now at Caltech, studying how genes influence behavior under world renowned worm geneticist Paul Sternberg, also a co-author on the paper. By the time he graduated from BYU, Dillman had presented research at nine scientific conferences.

“Dr. Adams' attitude is unique among undergraduate professors in that he encourages students to study the primary literature and then to approach him with particular studies or questions that they find interesting,” Dillman said. “He then helps you turn that interest into a research program. Working for him was the best thing that happened to me as an undergraduate.” 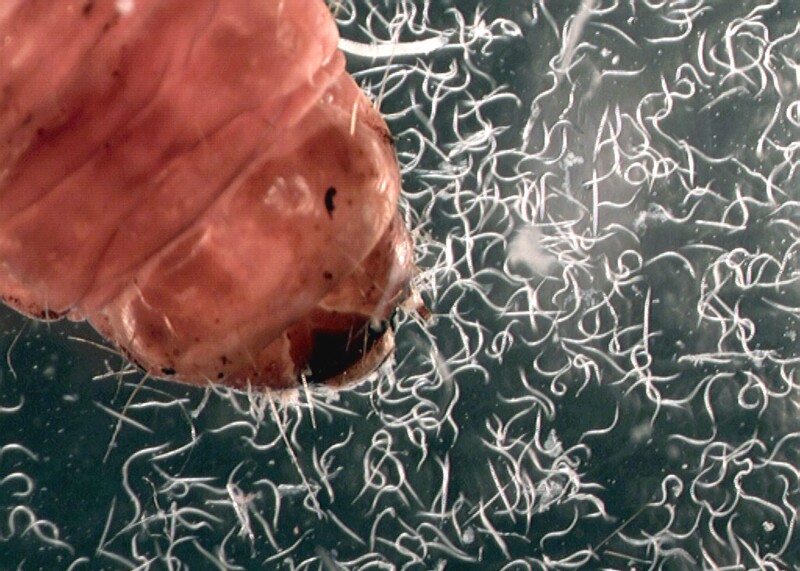 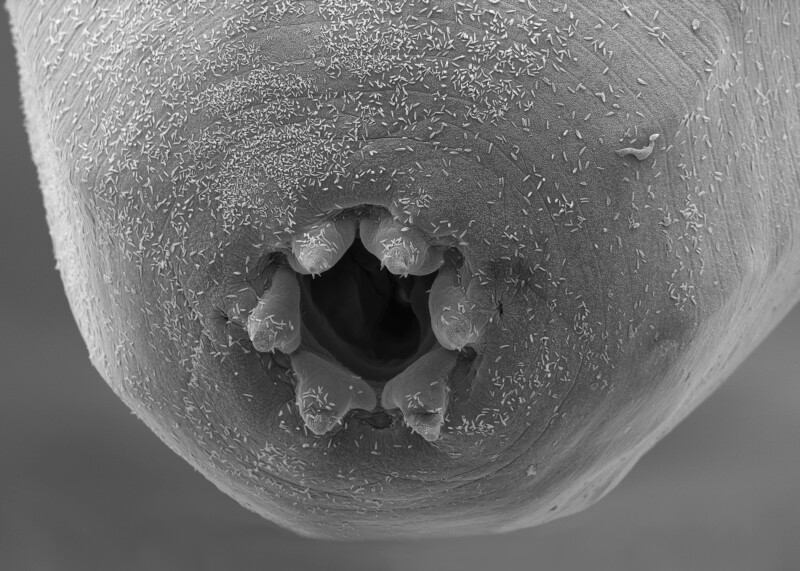 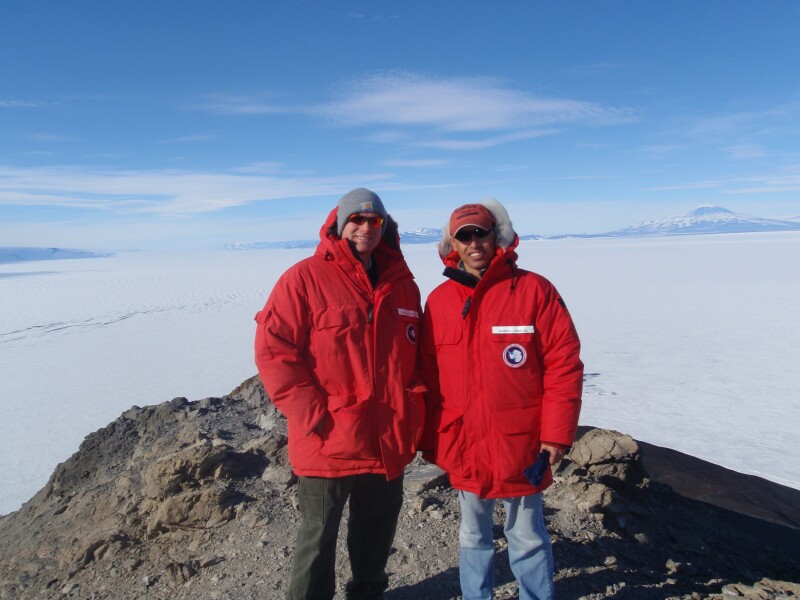 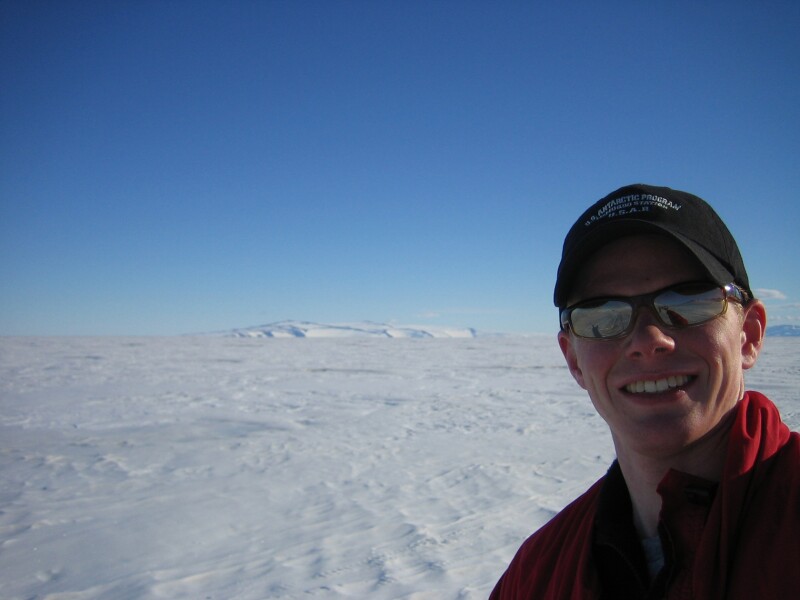 4 of 4
john chaston.jpg
Jaren S. Wilkey/BYU Photo
1 of 4
Download this Gallery By clicking this link you agree to our Terms & Conditions
Related Articles
data-content-type="article"