Tanner and Skyler Jensen are like any young siblings. They play together, they fight over silly things and they are hard to keep up with.

But the Jensen boys are also unlike most young siblings. Both of them have a rare genetic condition called Spinal Muscular Atrophy that affects their ability to crawl, walk, control their heads, lift their arms and even breathe.

Because of this degenerative disease, Tanner, 3, and Skyler, 20 months, use wheelchairs. However, since SMA affects most of their muscles, wheeling themselves around is extremely tiring. Motorized wheelchairs would seemingly help, but they?re prohibitively expensive, difficult to transport and dangerously heavy.

"Neither Tanner nor Skyler have ever walked," said mom, Esther Jensen. "But they are bright, energetic boys who desire to just be one of the kids."

That's where BYU's Engineering Capstone program comes in. This past year, five undergraduate mechanical engineering students have designed, manufactured and constructed an inexpensive, lightweight motorized wheelchair specifically for children such as Tanner and Skyler.

The chair is made with a PVC frame (strong enough for a child up to 50 pounds or about 6 years old) and is controlled by an armrest-mounted joystick like other chairs. The students produced the chair for under $495, making it likely the world's least expensive motorized wheelchair-and possibly lightest at just over 20 pounds.

"Working with the Jensen family made the whole project more meaningful," said team member Ian Freeman. "We knew we had to deliver a working wheelchair for these boys. It gave us a lot of motivation from the very beginning."

The students presented the lightweight chair to the boys and their parents this week during the annual Capstone presentations. Tanner wasted no time taking the chair for a spin, even preferring to sit in it during lunch over his regular wheelchair.

As part of the project, the team will also post plans for the wheelchair, along with the list of materials and components necessary to build it, online at www.OpenWheelChair.org so other parents can assemble chairs of their own.

"It's amazing to think how this could help families facing this challenge," said faculty coach Mark Colton. "This capstone project is one of the most satisfying that I've done-and one of the best teams I've worked with. These students wanted to do something excellent and not just get a good grade."

For the Jensens, a chair like this could be life changing. Their boys want to explore like other children, but going long distances in their manual chairs or going up slopes is very hard for them. The family also can't afford the pricey motorized chairs on the market today (as much as $15,000 each) or the expensive lifts those chairs require for vehicles.

"This chair could give them so much additional freedom outside our home," Esther Jensen said. "Tanner loves to play with other kids, but he has a hard time keeping up with them. The idea of him having this at the zoo, or at school is so exciting."

SMA is a degenerative disease that affects the motor neurons that control the voluntary muscles used for activities such as walking, lifting arms, breathing and swallowing. As the motor neurons die, children with SMA slowly lose muscle strength and those children are robbed of the ability to move and breath on their own. The brain's cognitive functions and the ability to feel objects and pain are not affected by the condition.

SMA is a progressive disease, meaning as one with the condition gets older, they lose more and more of their muscle function and abilities. As yet, there is no treatment or cure for SMA. 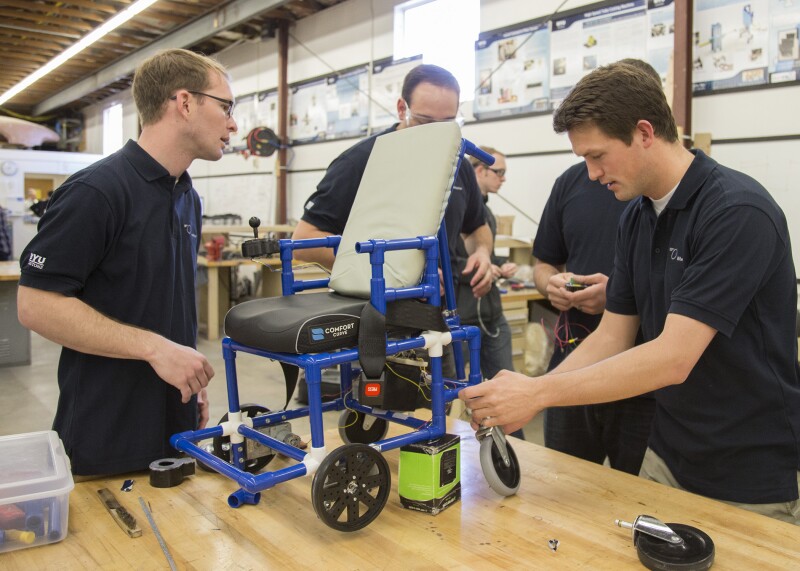 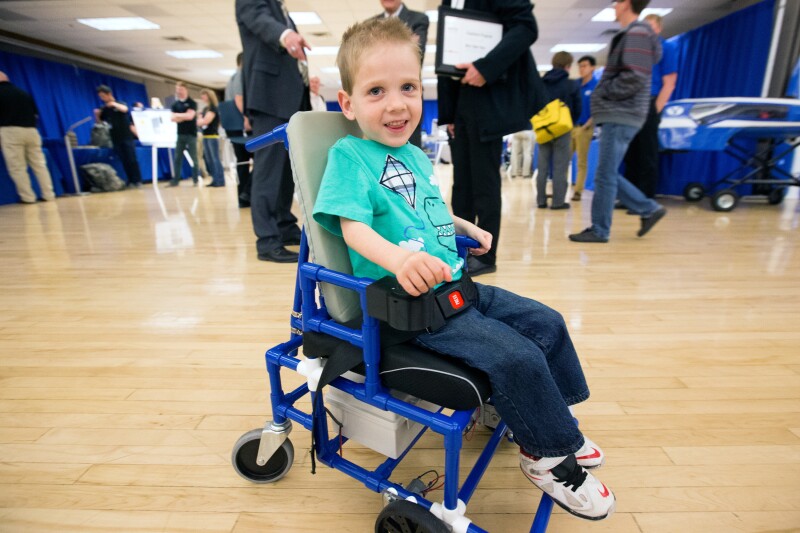 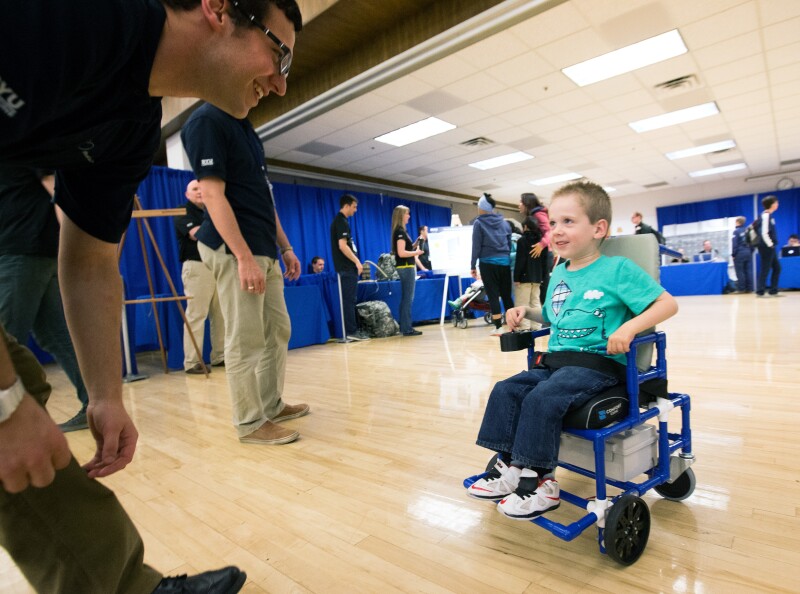 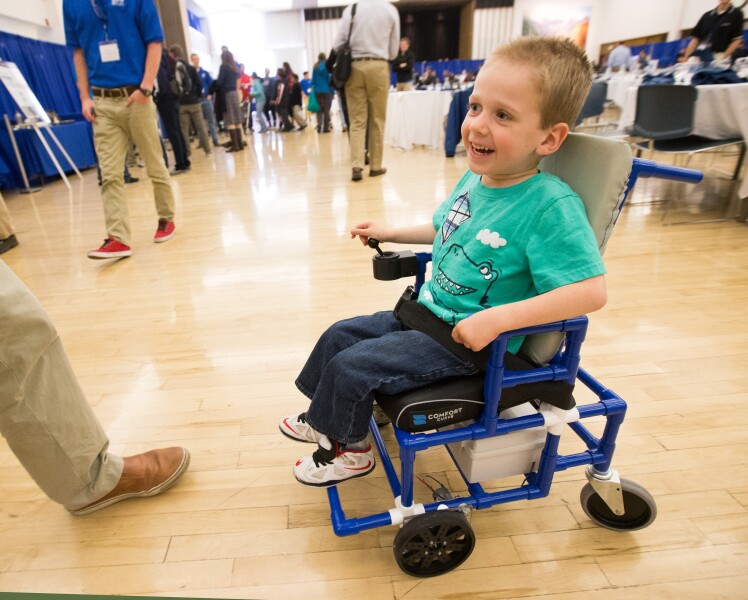 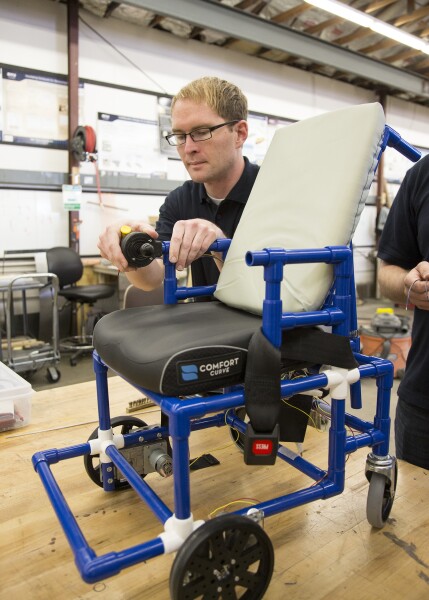 5 of 5
1503-69 050.jpg
Brian Wilcox/BYU Photo
1 of 5
Download this Gallery By clicking this link you agree to our Terms & Conditions
Media Contact: Todd Hollingshead
Related Articles
data-content-type="article"