A group of BYU students will compete this weekend with their prototype of the next generation of Mars rovers – the kind designed to support human expeditions to our neighboring planet.

The Mars Society is hosting the first-ever “University Rover Challenge” June 1 -2 at the Mars Desert Research Station near Hanksville, Utah. The BYU rover will go up against vehicles from Penn State, UCLA, Nevada–Reno and Ferris State.

During two events, the BYU driver will guide the rover to remote sites with the aid of 3-D goggles that receive a video feed from twin cameras mounted atop the vehicle. In the scientific task, the BYU team will survey an area for signs of life using the cameras and the rover’s mechanical arm.

For the engineering task, the team will dispatch the rover to a second area and deploy a radio repeater. Teams will earn points if they select a good location, successfully set up the device, and return the rover to the finish gate.

The team with the best overall performance will win a trip to the 10th Annual International Mars Society Convention in September at UCLA. At the convention, the winners will be awarded a $5,000 prize.

BYU junior Carlos Pozo, a mechanical engineering student from Bolivia, has his eyes on a bigger prize: a career designing unmanned vehicles. Pozo’s technical role on the project is the rover’s arm, but he says working with a cross-functional team has been the most rewarding part of the experience. Other team members come from a variety of disciplines, including electrical engineering, computer science, and geology.

The project began last fall when Professor David Allred shared an announcement about the contest in his physics class. Since then he has advised the students on the project and helped them line up sponsorship. Allred is impressed with the rover’s lightweight design.

The students considered what features would be valuable for both the upcoming contest as well as an actual Mars expedition. For example, the breathable canvas cover will help the internal system keep cool in the southern Utah heat and would also protect sensitive parts from the blowing sands of Mars. With cargo space limited on a Mars voyage, the students came up with a design that packs up neatly and requires few spare parts. 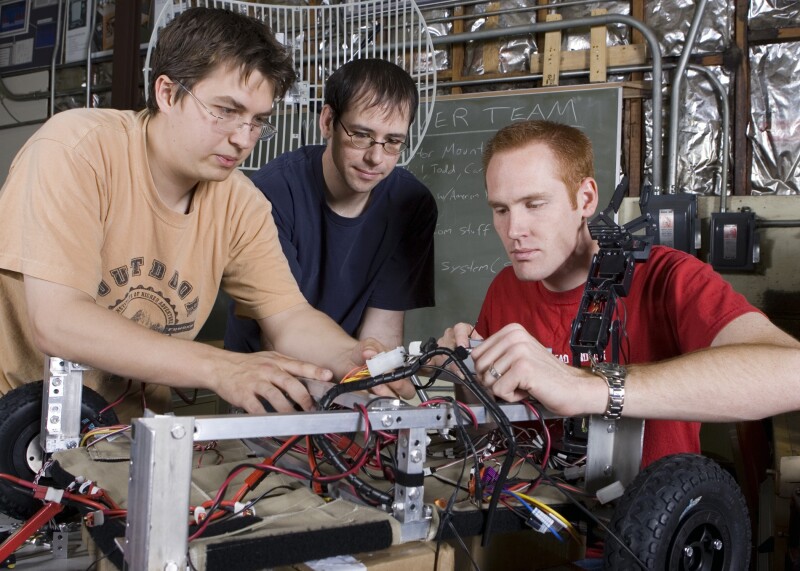 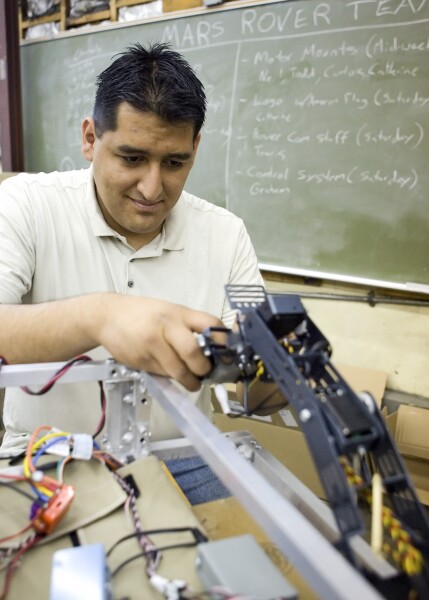 2 of 2
0705-35004.jpg
Kenny Crookston/BYU Photo
1 of 2
Download this Gallery By clicking this link you agree to our Terms & Conditions
Media Contact: Joe Hadfield
Related Articles
data-content-type="article"