Brigham Young University engineering students and faculty used their foreign language skills to lead collaborators from 20 universities in nine countries in designing and constructing a Formula One race car that was shipped to sponsor General Motors in July.

BYU was selected to lead the effort that spanned 16 time zones and nearly 12 months because of its high number of bilingual students and the caliber of its engineering program. Partner institutions are in China, South Korea, India, Brazil, Mexico, Canada, Sweden, Germany and the United States.

More than three-fourths of BYU students speak a language other than their native tongue, and that is part of what attracted GM and the Partners for the Advancement of Collaborative Engineering Education (PACE) program, of which it is a key member.

"BYU is an ideal institution to lead the Global Vehicle Collaboration Project," said Elaine Chapman-Moore, manager of Global PACE Partnerships for GM. "The engineering curriculum at BYU embodies many of the best practices endorsed by PACE. . . [The] students speak multiple languages based upon the emphasis placed on this by the BYU and the LDS culture, and the accommodation of different cultures and ways of doing things creates a warm and inviting environment for global teams to collaborate."

"We have top engineering students here at BYU who can use their language skills to get on the phone and speak technically with our partners abroad," said C. Greg Jensen, professor of mechanical engineering in BYU's Ira A. Fulton College of Engineering and Technology. "You can't find that at most other schools."

The students involved in the project experienced hands-on training, real-life problem-solving and exposure to the increasingly global marketplace of ideas, valuable resources in today's international economy.

"As the liaison between the Chinese schools, it's been really interesting to see how people from different cultures bring varied perspective to a project like this," said mechanical engineering major Kenny Mix, who speaks Mandarin. "I took a class about global challenges that engineering companies are facing, and almost every class period I would think to myself, ‘ Yep, I see that every day with PACE.'"

Part of the global challenge included simultaneously building various automotive components thousands of miles apart. Only in February did students begin traveling to BYU from around the world to personally deliver and assemble their portions of the project.

"Having students come here to BYU and see all the work that they have done come together into a full-size vehicle has been awesome," Mix said. "When you've been staring at computer models day after day for 8 months, it's exciting to finally see a full-scale product."

"Brigham Young University . . . has done a masterful job of organizing, mentoring, and leading the faculty and students globally on this project," Joseph said. "Though all of the universities contributed, and each institution's student team was critical in its contribution, BYU had the unique role and experience of integrating all designs into the entire vehicle. This project provides the integration university (BYU) the opportunity to simulate what GM does with its design and engineering of vehicles and systems using inputs from around the world."

Jose Miguel Olvera, who attends the Universidad Iberoamericana in Mexico City, was one of 22 students who came from abroad to assemble the car. His team was responsible for constructing portions of the transmission, shifter and compressor.

"My trip to BYU was a great experience and I liked working with students from around the world," he said. "We had a great time all working on a project we wanted to finish well."

BYU has been part of similar efforts in the past; however, this year's project has been larger and more complex than ever.

"Working with schools from other countries is both frustrating and very rewarding," said Jordan Ryskamp, another BYU team member and a fluent Spanish-speaker. "Dealing with cultural and language barriers can be challenging, but once those are overcome, the benefits of access to different talents, perspectives and resources are great."

This project is part of the PACE (Partners for the Advancement of Collaborative Engineering Education) program. It requires creating a vehicle that meets General Motors' specifications for a competitive race car. General Motors, EDS, Sun Microsystems, and others funded it, donating an estimated $500,000.

The race car will be displayed at GM for several weeks before it is shipped to South Korea, where engineers from GM Daewoo will test the car for safety and durability.

Once testing is complete, GM will work with BYU and Korean schools to make final preparations for a time trial on a Formula One race track. 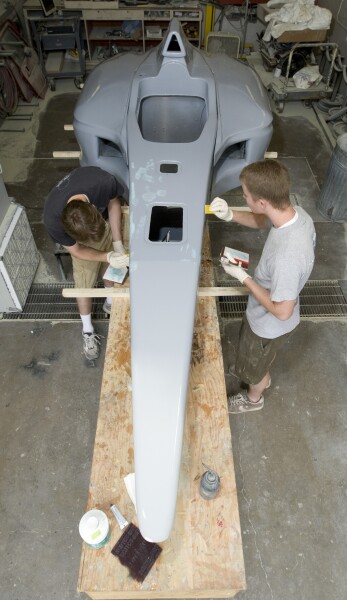 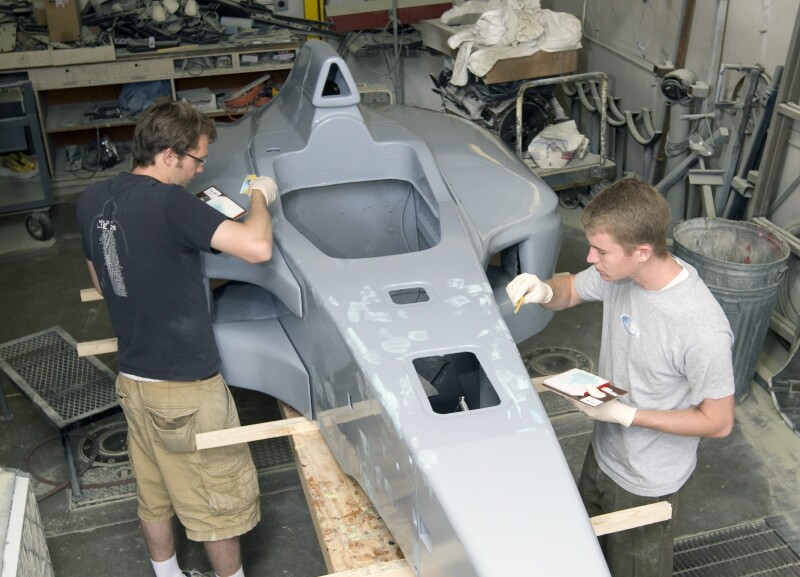 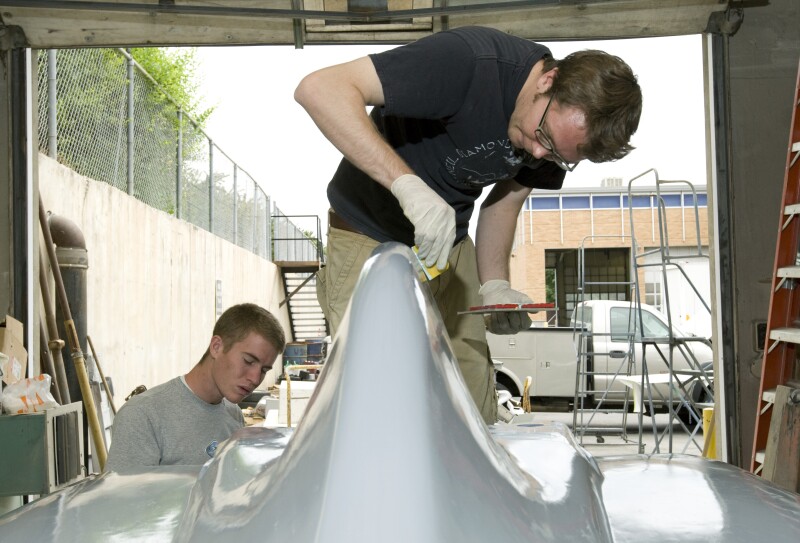 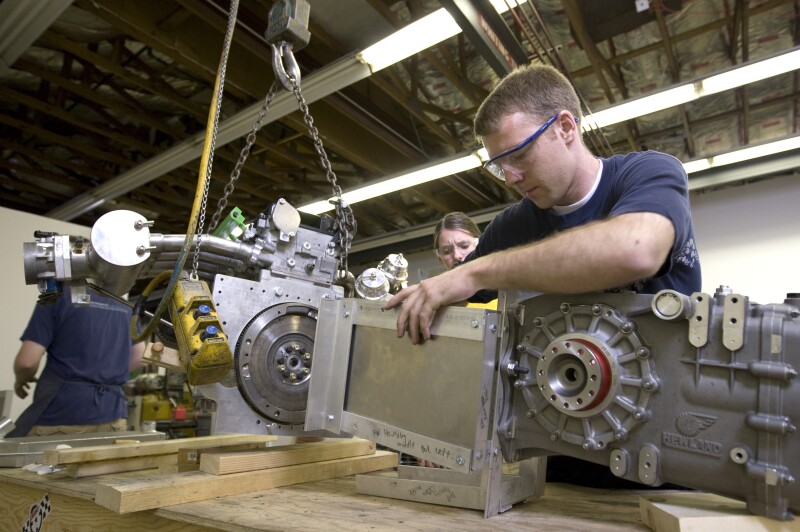 5 of 5
0807-19 229.jpg
Jaren S. Wilkey/BYU Photo
1 of 5
Download this Gallery By clicking this link you agree to our Terms & Conditions
Related Articles
data-content-type="article"