The Brigham Young University School of Music will present "Abinadi," a new fully staged musical-drama based on the account in the Book of Mormon, opening Friday, Oct. 24, at 7:30 p.m. in the de Jong Concert Hall.

Shows will run through Saturday, Nov. 1, with previews Wednesday and Thursday, Oct. 22-23. There will be no performances Sundays through Tuesdays.

The opera is based on the Book of Mormon story of Abinadi, a prophet who called a wicked nation to repentance.

Composer Meredith Ryan Taylor says he never really dreamed the show would premiere on such a large stage.

"I wrote it on faith, hoping someone would perform it," said Taylor, whose five-year effort of composing and revising the musical-drama included a workshop performance of "Abinadi" last June at BYU.

BYU opera program director Lawrence Vincent said he wanted to produce "Abinadi" because it offered a mentoring opportunity with Taylor and fulfilled his personal mission to produce the works of Latter-day Saint artists.

"The foremost thing that sets this show apart is that it is a Book of Mormon piece," Vincent said. "The story of Abinadi is an exciting thing—it's thrilling to listen to students singing of the prophets of the Book of Mormon testifying of the divinity of Christ. On the same hand, it's full of drama."

Taylor said the project combines his love of music, theatre and poetry with his desire to build up the Kingdom of God on the earth.

"The idea rose out of my desire to combine my various talents into something integrated and to make a lasting contribution to culture and the Church [of Jesus Christ of Latter-day Saints]," he said. "It is my hope that the show will provide good spiritual, mental and musical food for the audience and that those who come away from it will feel well-fed in all those aspects."

Further revisions were made in preparation for the premiere to accommodate the BYU Philharmonic Orchestra.

Vincent said he hopes the performance sets a precedent for other gospel compositions to be produced.

"What I hope above all is that people will attend this and that those who are unfamiliar with the story of Abinadi will be drawn to reading the true, full account in the Book of Mormon," Vincent said.

"Abinadi" is produced by Jon Holloman, with choreography by Jennie Creer-King. Music conductor is Kory Katseanes. Lisa Elzey is the production stage manager, with Doug Ellis as scenic designer. Costumes are designed by Deanne Dewitt, lighting by Brent Pritchett and sound by Kreg Peeler. Makeup and hair are designed by Dexra Carlson, Cara Chemezova and Kristy Cropper. Barbara Allen is the vocal coach. 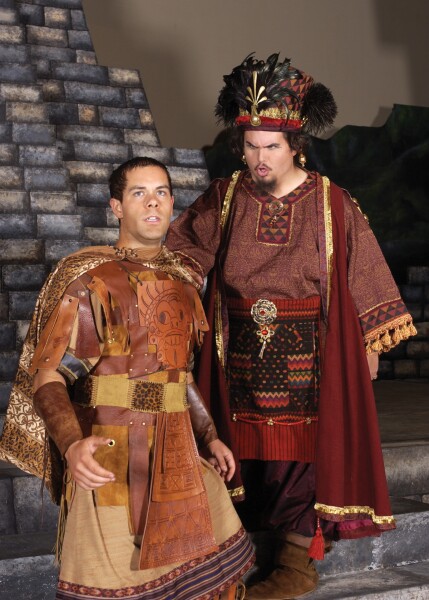 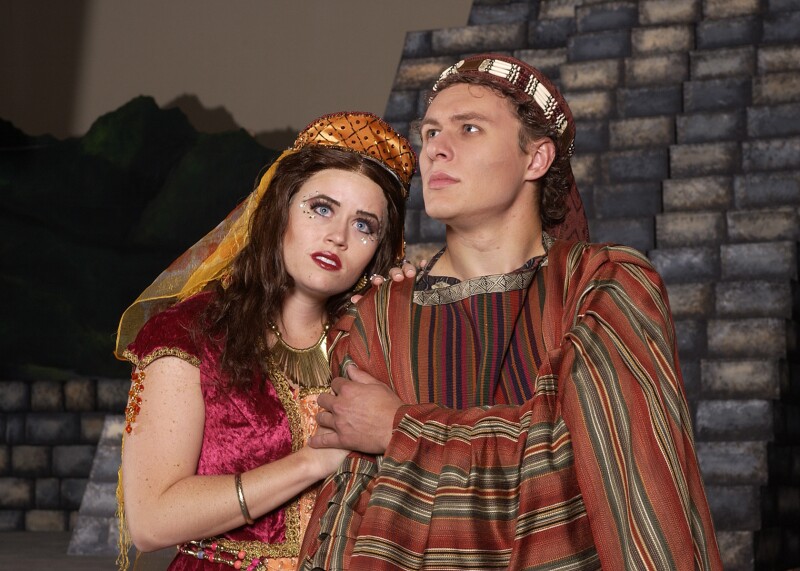 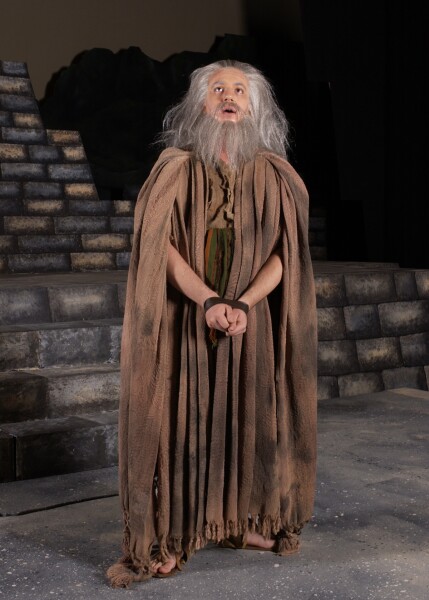 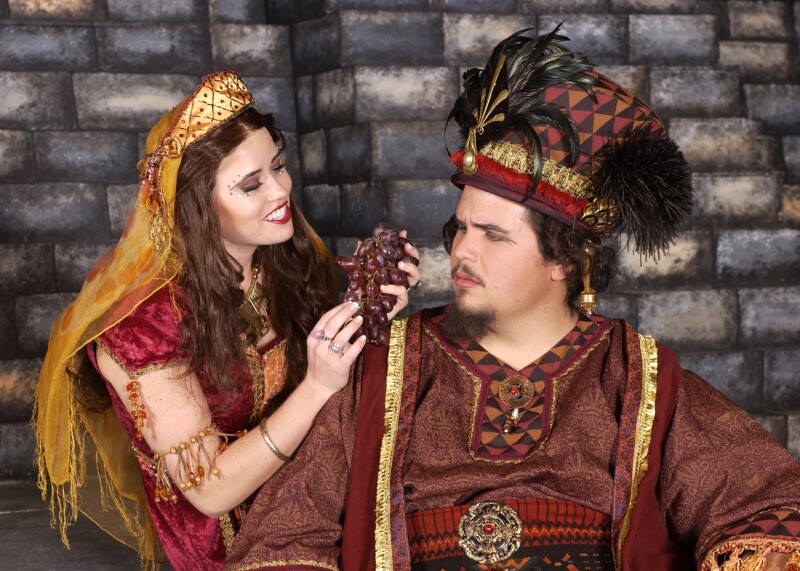 4 of 4
Abinadi4-h.jpg
Mark A. Philbrick/BYU Photo
1 of 4
Download this Gallery By clicking this link you agree to our Terms & Conditions
Related Articles
data-content-type="article"