Julianne Holt-Lunstad has focused her entire academic career on the long-term effects of social connection.

Her previous research has appeared in top academic journals, top news outlets and has taken her around the world researching and presenting, including in Germany, Spain, England and the US Senate just this year.

University Communications’ Bekah Peterson recently sat down with Holt-Lunstad to learn more about her research, its coverage and the vast array of associated implications.

Bekah Peterson: How would you summarize the main findings from your years of research on social isolation?

Julianne Holt-Lunstad: The evidence clearly shows that there is a robust effect of being socially connected or the lack thereof on your overall risk for mortality. Meaning that having more and better relationships are associated with lower risk or protection, and having fewer or poorer is associated with risk. This impacts not only health and well-being but also our overall risk for mortality. There’s also considerable evidence that lacking social connection is affecting a sizeable proportion of the US population and that it’s increasing over time.

BP: Have you been surprised by the amount of coverage this research has received?

JHL: Part of the reason I did my first meta-analysis was because I knew that there was all of this data out there showing it, and yet it wasn't being recognized. Most major-medical organizations, you look at their websites and it wasn't acknowledged. The general public didn't seem to be aware of it either. This is an under-recognized and under-appreciated topic. With my first meta-analysis I wanted to really evaluate “is this as strong as I think it is, and if so, how do we get the recognition that it deserves?” That first meta-analysis was published in 2010, then I published my second one in 2015 — so in a way it feels like it was a long time coming. And of course, keep in mind I’m not the only one doing this work, there’s a whole field of people who have been doing related work, and it’s been under-recognized and under-appreciated, and it’s taken this kind of synthesis for it to get the kind of attention that I think it deserves.

BP: What changes have you been seeing now that the implications of this research now getting more recognition?

JHL: In January I met with the US surgeon general, in the spring I testified before US senate committee, a congressional hearing, last week I met with the national academy of sciences and AARP, and there were people from other major health organizations as well. So, in terms of it getting on the radar, it's getting on the radar. That's fantastic. I heard that one result was to pass legislation around hearing aids. I know you might be thinking “What do hearing aids have to do with this?” among older adults a significant portion experience hearing loss. When you have hearing loss it’s hard to be a part of a conversation. When you're no longer a part of the conversation you start to withdraw. You become more isolated. This is a significant risk factor for older adults to become socially isolated and lonely because of this barrier to communicating with others.

Other countries are paying attention to this as well. The UK, Australia, Germany, are just a few of the other countries that are taking this seriously. I’m on the scientific advisory board for an organization in Australia that is addressing this. The UK is a little bit ahead of the US on this issue. They have The Campaign to End Loneliness, which is a public health campaign that’s existed since 2011. I went out there and visited with them when they launched that. Next week I’m going out to London to Windsor Castle. This is something that I know is being addressed elsewhere. Although it's on the radar and getting attention, we still have a long way to go.

BP: What do you hope for the next few years? What additional impact would you like to see?

JHL: My goal I think is rather lofty, but I would like to see consensus guidelines established. Just like we have consensus guidelines on nutrition, physical activity and sleep. We have recommendations of what we eat, how much, what kinds of exercise we get.  My recommendation , would be to have similar guidelines for social connections. I think people's initial reaction might be “how do you make recommendations on the quality and quantity for relationships you're supposed to have?” and I guess I would argue that just like these other health recommendations, although imperfect, they're based on evidence. It would also need to be subject to periodic review, so that as our body of evidence develops, we can adjust these recommendations accordingly. If we want the medical community to take this seriously, and if we want the general public to take this seriously for their health, they need to have some kind of idea what they should be doing and some kind of idea how they're doing. Of course, it’s going to be complex but the same challenge has been faced with these other behavioral risk factors. We need to take into account not only our size of social network, and the frequency in which we interact with people, but also the quality of those relationships. I think that through that, people will start paying attention to this, which will have a significant impact. This could have a population-wide effect.

These guidelines would also change the national conversation around social connections. Not only in terms of how the public thinks about it, but it would trickle its way into education. Think about even K-12 health education. Kids would be getting education not only on a healthy diet and physical activity but also healthy social connections. This would also be part of the conversation in the doctor’s office that would aim toward preventative efforts and also identifying people who might be at risk early on before it gets severe. It would also work its way into the work place and considering how various policies and practices impact this. It can have an impact quite broadly when there is that sort of guideline in place.

BP: Have there been especially meaningful experiences you’ve had as you’ve done this research and seen the outcomes?

JHL: There have been experiences that I'm excited about because it's making a broad impact, but there have also been times where I've had these aha moments. One of those was when I took students this summer on a study abroad to a couple of the "blue zones," which are hot spots of longevity where people live longer, healthier, happier lives. We went to two different villages [Sardinia Italy and Ikaria Greece] where there are these hot spots of longevity. I think one of those moments was meeting a man who was 104 years old and who is also one of the most vibrant, energetic people I’ve ever met. He still rides his bike 15 kilometers a day. He writes poetry, he stars in local theatre productions, he shops at the market everyday, he rides his bike and visits people. We met with him in the morning, interviewed him, said our goodbyes, had lunch and went to an art museum, and he showed up on his bike.

At first I thought, I want to be like him when I grow up. But the aha moment was recognizing I can’t have that result without making changes now. It's not going to just happen later in life. In order for me to have that kind of life, not only long but full, I have to make changes now. I have to live my life now in a way that will lead me down that path. That for me was an aha moment of the importance of prevention, the importance of prioritizing the important things in our daily life, our daily behavior and our daily habits routines. We can't wait and hope for that kind of outcome. 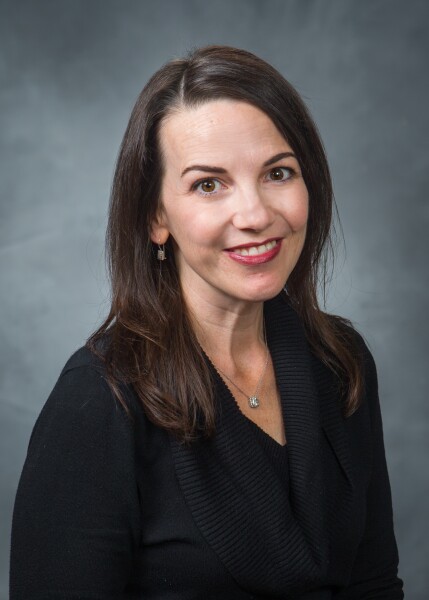 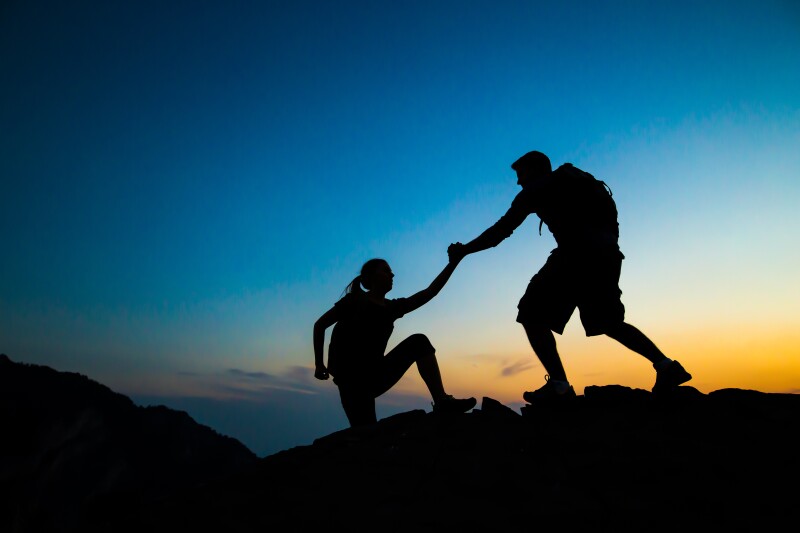