BYU prof one of four in U.S. invited to Italy quake sites for drone reconnaissance

In a video recently recorded by BYU civil engineering professor Kevin Franke, a dog lays in front of the ruins of a house in the Italian mountains. Franke surmises the dog’s owners may have lived there before the devastating earthquake on Aug. 24.

While rescue efforts for the lethal 6.2 magnitude quake are over now, Franke was there for another reason: He was one of four U.S. professors invited to a special geotechnical engineering reconnaissance mission to learn how the earthquake impacted ancient and modern infrastructure.

The expertise of Franke and his BYU colleagues in these types of reconnaissance missions is in the use of unmanned aerial vehicles (UAVs or “drones”) to collect imagery at natural disaster sites. This expertise has proven extremely valuable for the Geotechnical Extreme Events Reconnaissance Association (GEER), a National Science Foundation-sponsored group that organizes such missions. GEER has included BYU researchers in five of its post-earthquake reconnaissance missions since 2012.

“Looking at the imagery we took, it gave me resolution and purpose, realizing what we’re doing is important so that hopefully, in the future, this type of thing doesn’t happen again,” Franke said. “My ultimate goal is to save lives, that’s what brought me into civil engineering in the first place.”

Franke spent a week in the Apennine Mountain region of Central Italy this month recording hours of drone footage of leveled cities, major slide areas and rock falls. With the help of BYU student and drone pilot Brandon Reimschiissel, Franke recorded over 50 gigabytes of high-resolution visual data. They will now use the data to create 3D computer models of the aftermath using a methodology called structure from motion (SfM) computer vision.

The BYU team worked with Italian researchers, representatives from the Dipartimento Protezione Civile (DPC, the Italian equivalent of FEMA), military personnel and first-line emergency responders to get access to some of the hardest-hit sites, often arranging authorization over the phone en route.

“We’re able to get above and see things that are difficult to see from the ground,” Franke said. “The data we gather with UAVs can be gone in days because of rain or other erosive processes, so we obtain as much aerial imagery from damaged sites as we possibly can.”

Franke was joined by civil engineering professors and scientists from UCLA, the University of Colorado and the U.S. Geological Survey, as well as Italian civil engineering researchers from several Italian universities. The team has already released a preliminary report of its observations online here and is currently working on a more detailed report.

The 3D computer models are also currently being developed and shared with the public online. For example, a recently-completed 3D model of the heavily damaged village of Pescara del Tronto may be accessed online at this link.

“There were only four U.S. geotechnical engineering researchers that could physically go to these sites, but there are hundreds of other researchers around the world that could benefit from this data in their research,” Franke said. “Developing these models is like allowing these researchers to visit the sites. Anybody can make whatever observations or measurements from the models they want now.”

Because of their excellent work in the field, the DPC recently informed BYU researchers that they will be issued a formal commendation. The Italian government agency has already relied heavily upon the video data for hazard assessment and planning efforts, Franke said.

Undergraduate civil engineering students Jenny Blonquist, Benjamin Barrett and Byron Yates will now spend the rest of the month processing the data and creating the 3D computer models, which will be made available to the public online upon completion.

They form part of a unique, multi-disciplined collaboration of engineering researchers in the NSF-sponsored Center for Unmanned Aircraft Systems (C-UAS) that focuses on applying UAVs to the monitoring and inspection of infrastructure. The research effort is being led by Franke and chemical engineering professor John Hedengren.

“I think it's telling that when earthquakes happen, we are often the ones they call,” Franke said. “We are getting a bit of a reputation.” 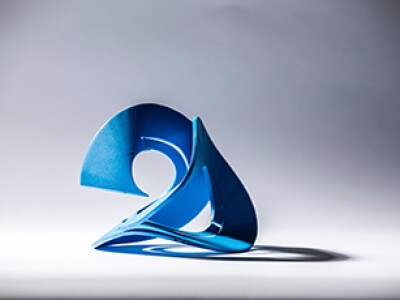