How would it be to update a critical spreadsheet or type an urgent memo in silence, minus the distraction from cooling fan noise coming from your computer, copy machine and desktop printer?

In an effort to make a more desirable workplace where people can concentrate better, Brigham Young University physics professor Scott Sommerfeldt has created a noise suppression system that can reduce the whirl of office equipment cooling fans to a soft whisper.

"We're trying to overcome an annoyance and fatigue issue," said Sommerfeldt, who was joined on the project by co-researcher and then-BYU graduate student Kent Gee. "I wasn't aware of it myself until I was getting ready to go home one night and shut down my printer and computer. I started noticing how much quieter it was with them off."

After lecturing a class with the noise from an overhead projector forcing him to talk louder than usual, Sommerfeldt thought it was time to give his sore throat a break by applying his expertise honed in an earlier NASA project in 2000 that sought to reduce noise from turbofans in jet engines.

To quiet the ever-present noise of a computer fan, Sommerfeldt and Gee used a technology called "active noise control" that literally pits noise against noise to create silence. Their success in building a low-cost, tiny system that incorporates the technology is reported in the 2003 Nov./Dec. issue of the "Noise Control Engineering Journal," which will appear March 15.

Because sound travels through the air in waves of fluctuating pressure, scientists can direct an opposite wave of conflicting pressure to cancel the original sound altogether. In other words, a second, opposing sound is added to the original to literally subtract it from the air. Scientists use sensors, microphones and computers to measure and generate the opposing sounds through speakers that direct them toward and reduce unwanted noises.

"Even in highly controlled environments we don't get 100 percent cancellation," said Sommerfeldt, explaining that the two sound waves must arrive at the same spot at the same time to cancel. "If you don't, you may cancel the wave in some locations, but in other spots the two waves may add up to make things even worse. "

The duo found that by using a four-speaker system that tightly surrounds the cooling fan -- important because of the limited space inside a computer -- they were able to get a global reduction in the overall sound it generated of close to 12 decibels.

"That's like going from soft talking to a low whisper," said Sommerfeldt. "That may not seem like much, but add that to other office equipment that's also making noise and it can be distracting and fatiguing to your ears."

The components of the BYU system -- speakers, cables, sensor and computer chip -- are relatively inexpensive, a point that cooling fan manufacturers looking to incorporate the technology like, said co-author Gee.

"One often-heard complaint about active noise control is that it is too expensive to be practical," said Gee, who is currently studying the noise caused by military jet aircraft as he pursues a doctorate degree in acoustics at Penn State University.

Take noise-canceling headphones, for example, which use the technology to reduce cabin din in airplanes for passengers watching movies on their laptops or looking for a little quiet as they sleep -- a pair typically retails for almost $300.

"We believe we've succeeded in creating a system design that not only works, but is also cost-effective," said Gee. "Hopefully, that will lead to the development of quieter, yet affordable, products for the average consumer."

The BYU system purposefully uses inexpensive, readily available parts that are estimated to keep its cost at around $20. Because they believe people would be willing to pay such an amount for a super-quiet computer, Sommerfeldt and Gee already have a patent filed on the system.

Furthermore, by keeping the system's size identical to the cooling fan units that come standard with most desktop computers, Sommerfeldt says consumers could one day retrofit their PCs if they wanted.

"Another potential area something like this could be used in is in home theaters," said Sommerfeldt. "I know someone who has invested a lot of money in a lot of fancy equipment, but it all uses cooling fans that muddy his surround sound system. He wonders, 'Gosh, can you get rid of that noise?' The hope is this technology could become a money-making venture for the university, but that's still in the future." 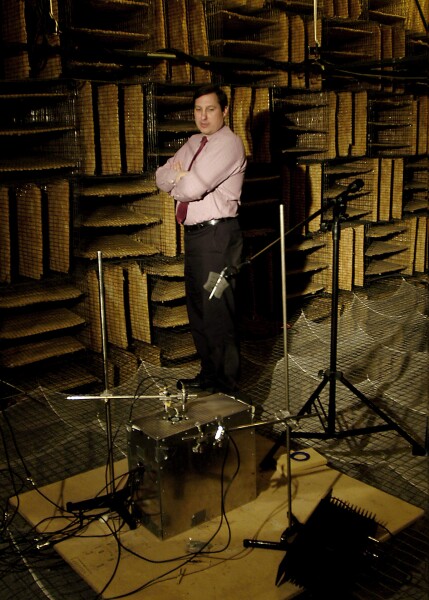 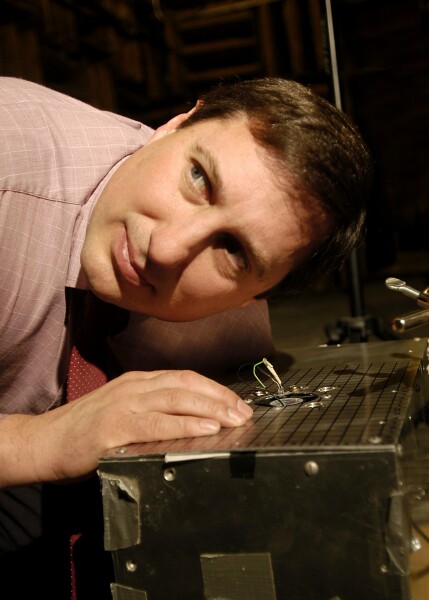 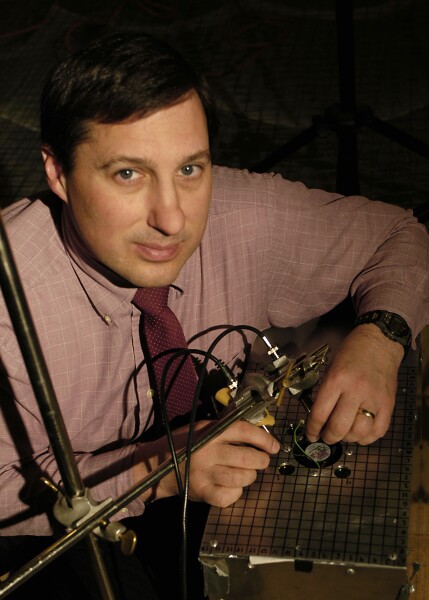 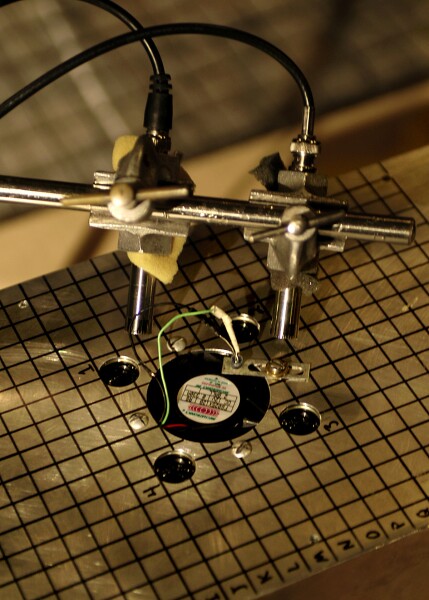 4 of 4
L0304-15-15.jpg
Annie Jones/BYU Photo
1 of 4
Download this Gallery By clicking this link you agree to our Terms & Conditions
Related Articles
data-content-type="article"