Engineers and ballroom dancers might not be the most typical collaborators on a college campus. But the combination recently paid off for BYU.

The BYU Ballroom Dance Company took first place in the formation category at the British Open Championships in Blackpool, England Wednesday night. Part of the praise goes to BYU engineering students who built the custom-made LED light dresses that wowed the audience.

“When we went out and did our ballroom medley, the crowd went nuts,” said Ballroom Dance Company director Lee Wakefield. “At the end of our dance there’s a tag, which is about 40 seconds long. But before the tag started the entire audience was standing. You could hardly hear the music.”

Never before in the 93-year history of the British Championships had a formation team received a standing ovation.

What St. Andrews is to golf, Blackpool is to ballroom dance. Every year the best ballroom dancers in the world gather to Blackpool for the chance to dance in the Empress Ballroom at the Winter Gardens. For the BYU dancers, just to be there was great, to win in their category was even better, but to wow the audience the way they did made the experience incredible.

“It was so magical what we experienced,” Wakefield said.

Light dresses and light suits aren’t necessarily that unique within the dance community in and of themselves. What set BYU’s apart from the rest is that the lights progressed in sync with the music.

The dresses were built by a team of BYU electrical engineering students who inserted LED lights into eight vertical strips on each dress. The lights attached to a computer chip and battery within the dress and were controlled by a main computer that choreographed the lights to the music.

The partnership between the dance and engineering departments was forged a couple years ago. Work began on the light dresses last fall. But it wasn’t until just a few weeks before leaving for Blackpool that the dresses started to have problems. The engineers struggled to diagnose the issue. Finally they narrowed it down to the unlikely culprit of static.

So just three weeks before the competition, three engineering students stepped up and totally revamped the system used for the lightdresses. The students were Franklin Morley, and the husband-wife duo of Stephen and Ali Wood. They were working 60 hours a week, and this was after the winter semester ended. Finally, eight days before the dancers would take the stage in Blackpool, they completed the revamp and on the first try, the dresses worked.

“There were a lot of things we didn’t anticipate,” Ali said. “With the other performing groups we worked with, the lights were attached to arms or legs and had a more sturdy surface to attach to. With the ballroom dancers, we didn’t understand the amount of stress these dresses would undergo.”

“It was a huge undertaking and we were really blessed that it worked,” Stephen added.

The couple is about to celebrate their one-year anniversary. They will graduate in December and plan to then attend graduate school and eventually obtain Ph.D.s. This senior project, very different than most within electrical engineering should look really good on the grad school applications.

“It’s definitely been different from most senior projects,” Ali said. “We had a real client, with real needs and a very hard deadline. It didn’t matter what our schedules were. Whether we were in classes or not, we had to make these dresses work. It’s been a huge learning experience and real-life experience we probably couldn’t have gotten any other way.”

Wakefield praised the students for their tireless work and said he considered them part of the team. The group all worked together and, in the end, helped achieve a common goal.

“What was important to us wasn’t so much where we placed, but what kind of impact we had on the ballroom dance world and our peers,” Wakefield said. “At the very top level we delivered an experience that relates positively for BYU and the Church. That’s what it’s all about.” 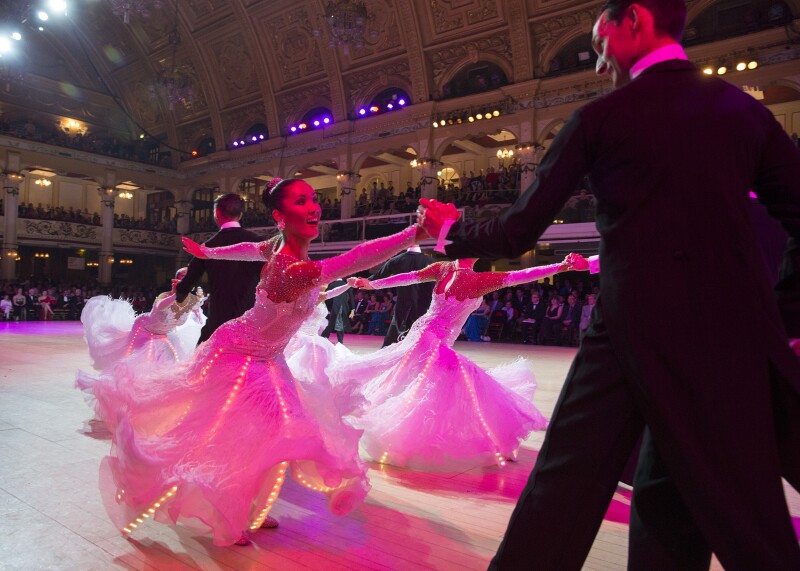 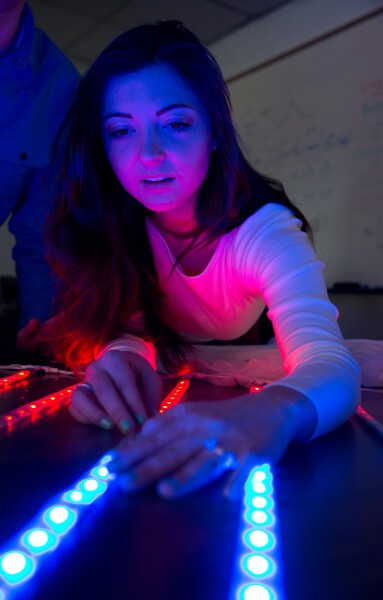 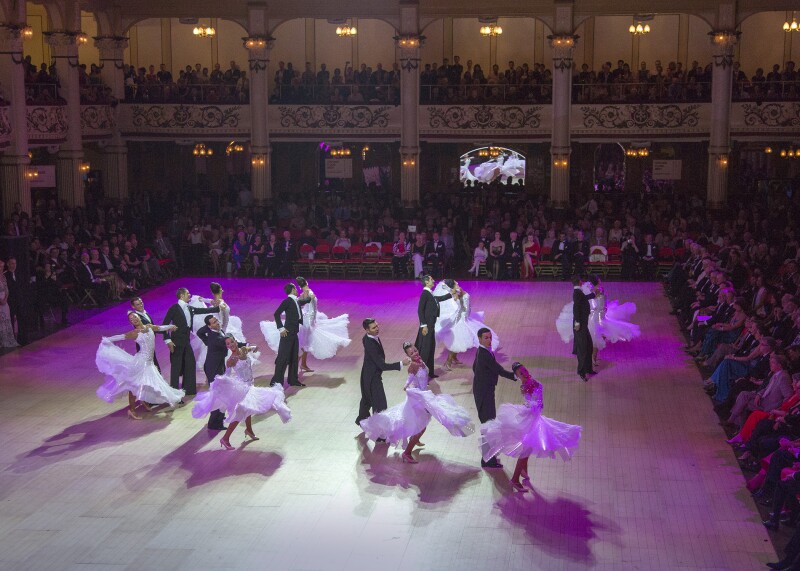 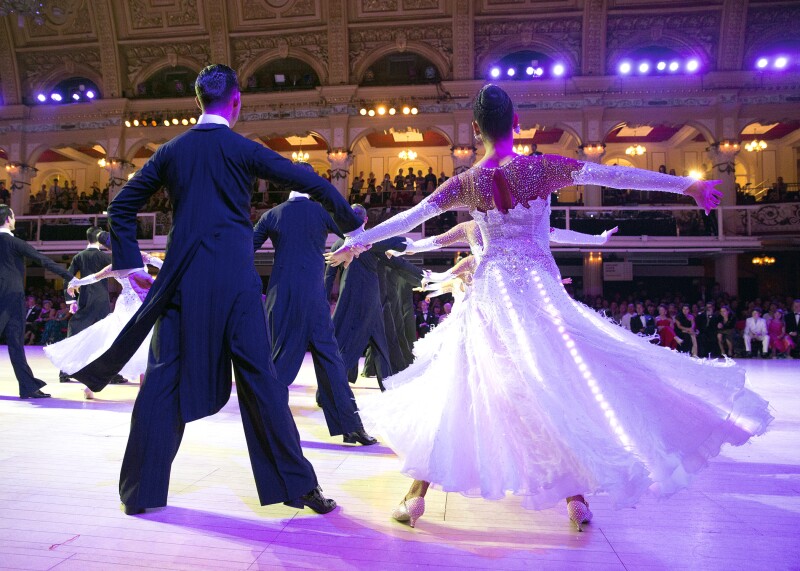 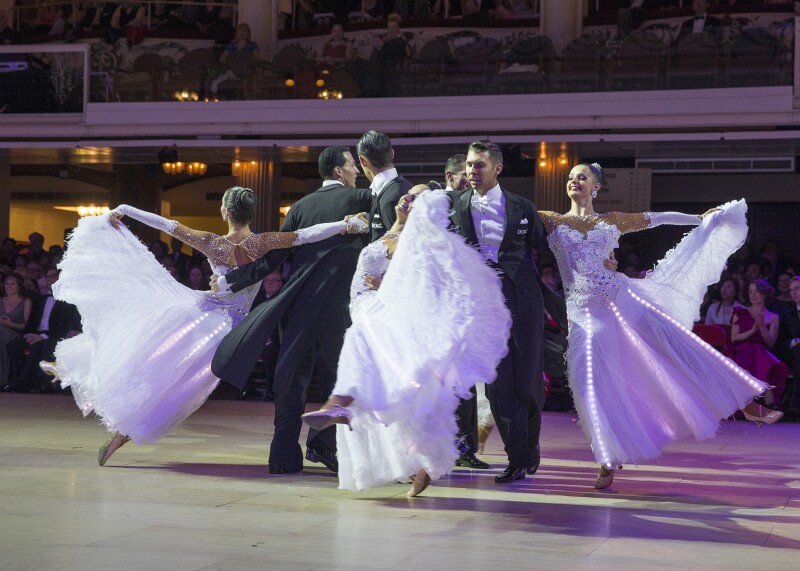 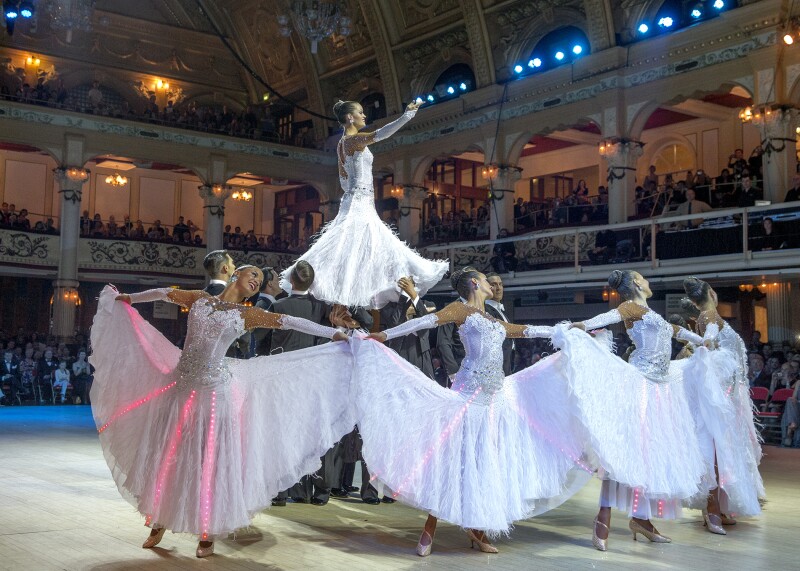 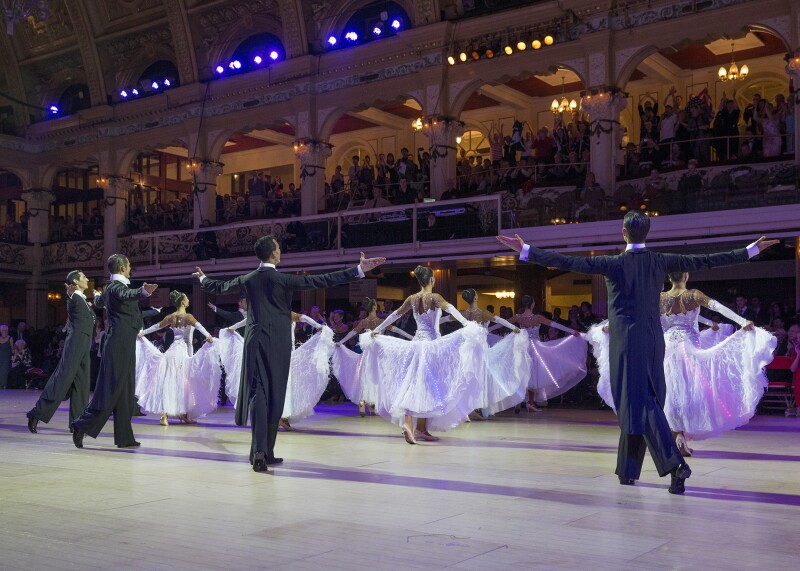 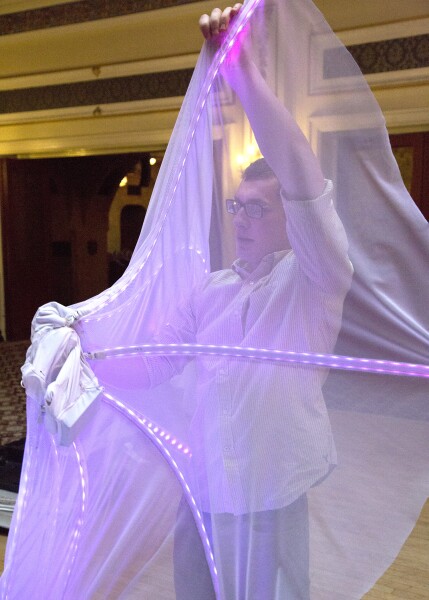 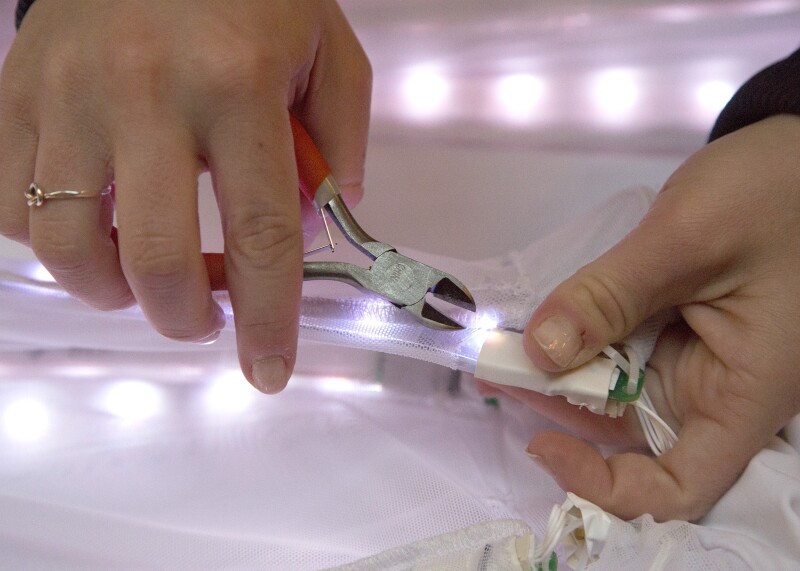 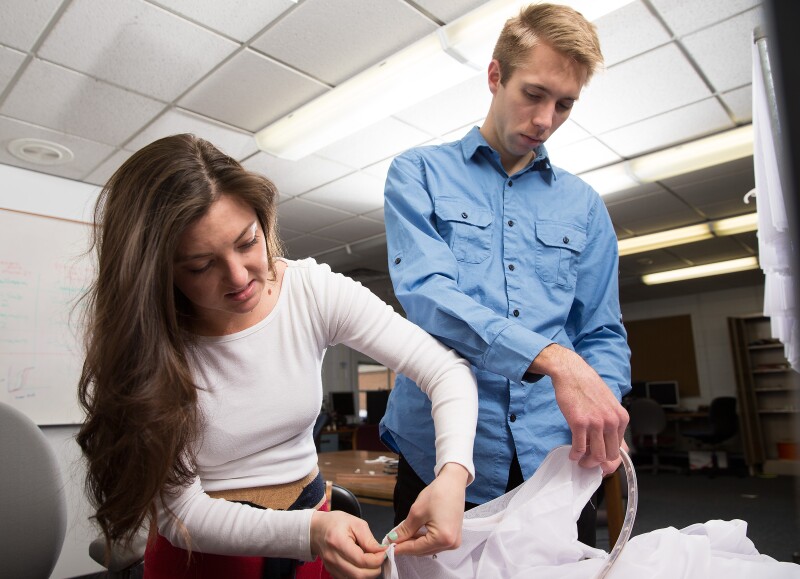 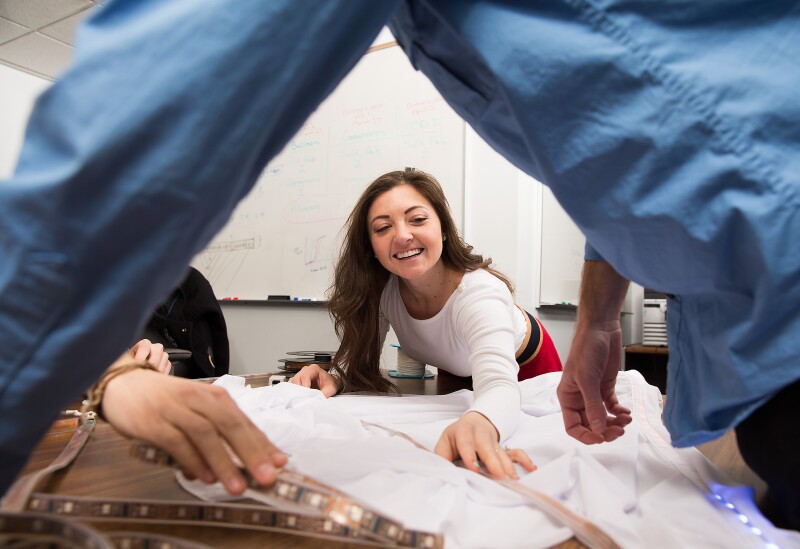 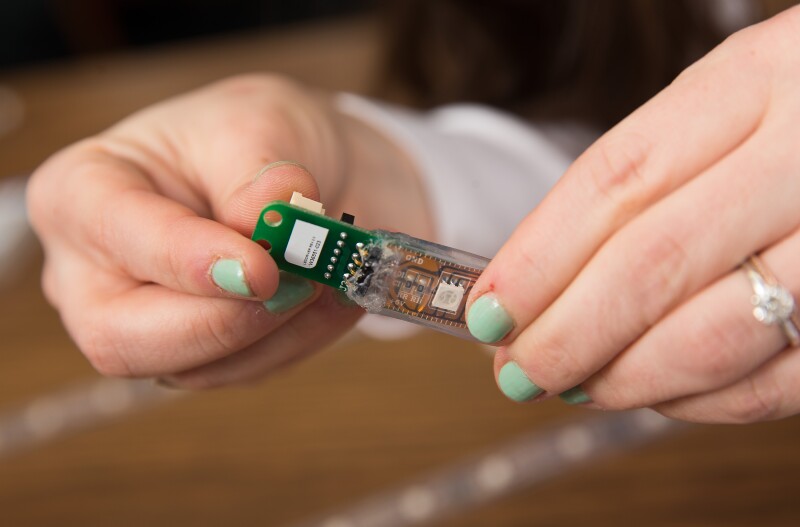 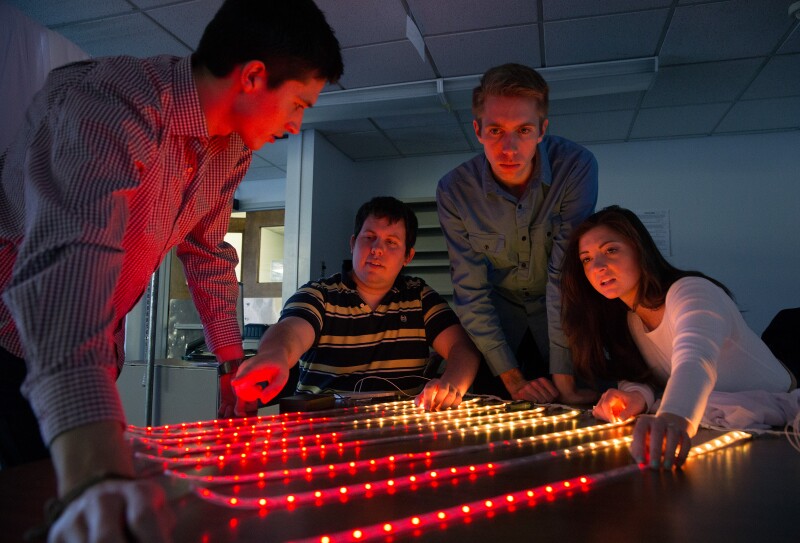