BYU is leading a collaborative team that has just kicked off a massive multidisciplinary effort to combat a threat to global health: the rising prevalence of bacteria that can't be treated by antibiotics.

As it stands now, diagnostic tests for these types of infections can take up to three days to produce results---often too long to save the patient.

"The goal is to take a blood sample and know, within an hour's time, what the bacteria is and what antibiotic resistance profile it has," said Adam Woolley, chemistry professor and one of four BYU investigators on the project. "Then you can hit it with whatever is going to work and presumably save a lot of lives."

The rapid diagnosis is meant to both save lives and save doctors from misusing the rare valuable antibiotics that can still treat the most drug-resistant bacteria.

"These antimicrobials are really some of the last-resort antibiotics," said Rich Robison, BYU professor of microbiology and co-investigator on the project. "They reserve them for the very, very difficult to treat infections."

The proposed system, funded by a $5.4 million NIH grant, features an opto-fluidic microchip co-invented by electrical engineering professor and principal investigator Aaron Hawkins. The latest research on this breakthrough device published this week in Proceedings of the National Academy of Sciences .

Joining Hawkins, Woolley and Robison on the research is BYU chemical engineering professor William Pitt, University of California, Santa Cruz professor Holger Schmidt and a team at Great Basin Scientific that will take the system to market. Larry Ford, a local infectious disease specialist, is also a consultant on the project.

When in use, the system will take a sample of a potentially infected patient's blood and first filter out the billions of blood cells in order to isolate bacteria. DNA will then be extracted from these bacteria and if they match known sequences from antibiotic-resistant strains, the DNA will get labeled with fluorescing molecules.

Sampled DNA is pushed through a fluid channel on the microchip where it passes through a tiny curtain of light. A fluorescence signal coming from labeled DNA indicates when drug-resistant bacteria are present.

The plan is to install the tiny centimeter-square chip on a disposable cartridge that's relatively small and inexpensive, and can be used in a hospital environment.

"What we're trying to do is put it all together," Hawkins said. "To go from blood to diagnosis in a single system. This is a full-blown solution, not just aspects of the process. We put together a team to do something that hasn't been done before."

The project will take many years, lots of funding and plenty of students. Along the way, BYU researchers hope to publish many research articles---starting with Hawkins'  publication this week in PNAS.

Woolley said BYU's history of collaboration and expertise in detection, bacteria, blood research, microfluidics and DNA made the university an ideal candidate for the task.

"We've got all the expertise needed to take on this project," Woolley said. "At BYU, faculty actually like to work with their colleagues across college lines---and they do." 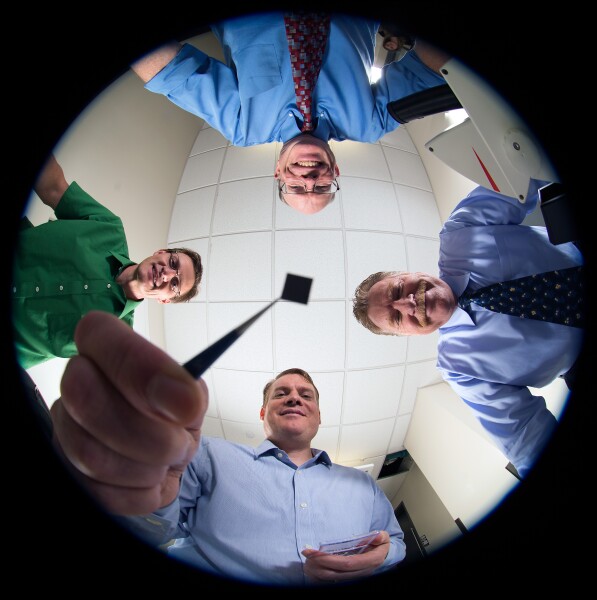 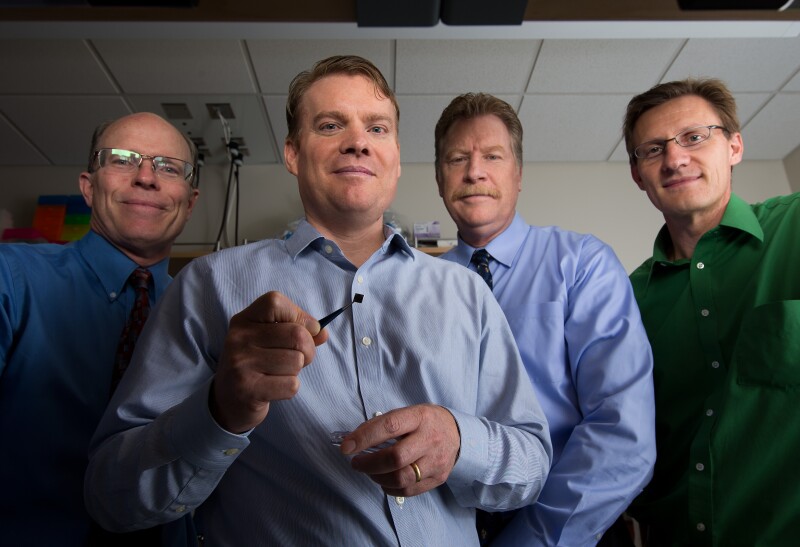 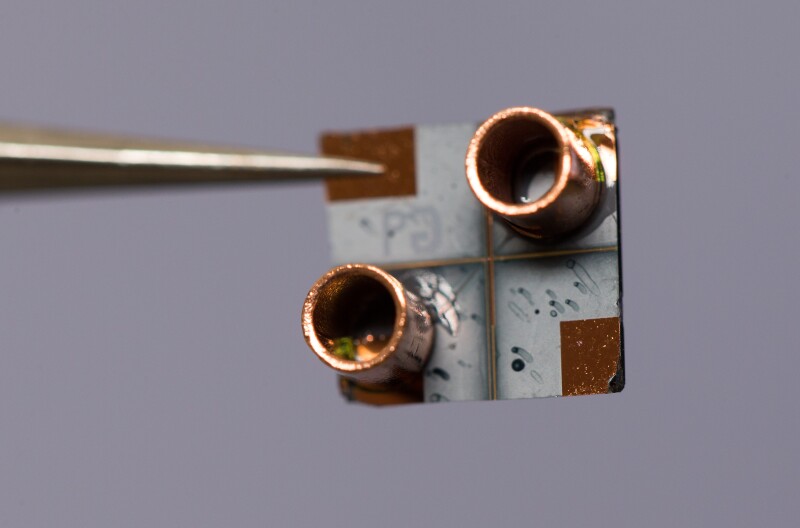