A team of engineering students from Brigham Young University beat out defense contractors and other universities to win the “Best Overall Video” award at a national competition featuring unmanned surveillance airplanes.

The planes can be deployed in any fact-gathering mission normally reserved for airplanes or helicopters -- to check a battlefield, perform search-and-rescue, or track a forest fire. The unmanned air vehicles remove many of the human and and some of the financial risks typically involved in those types of ventures.

Although some of the competition’s submissions featured full-sized planes, BYU’s plane weighed only three pounds, with a wingspan of just four feet. The grand prize was a two-thousand dollar cash award for the team, which will go to the students involved.

Hosted by the American Institute of Aeronautics and Astronautics and the Defense Advanced Research Projects Agency, the first annual Infotech@Aerospace Video Competition included teams from NASA, Boeing and Lockheed-Martin, as well as teams from universities like Stanford and Georgia Tech.

The competition was designed to highlight achievement and advancement in the world of unmanned aircraft. Contestants entered a three-to five-minute video demonstrating its aircraft in action and judges selected winners in a number of categories.

“I thought we had a great video, but the competition was very impressive,” said Tim McLain, the faculty advisor to the BYU team. “As the judges announced the category winners over the course of the evening and BYU’s name wasn’t called, I had pretty much given up hope.”

When BYU was finally named as the grand-prize winner, McLain was astonished, but not all the members of the team were as surprised.

“I was pretty optimistic our entry would win,” said Blake Barber, a first-year graduate student. “We had video of our airplanes navigating canyons, avoiding the Spencer W. Kimball Tower, flying in formation and multiple planes arriving simultaneously over a location. It was really exciting stuff.”

Andrew Eldredge, another graduate student, said he wasn’t sure about the grand prize, but thought the BYU team could at least win a category.

“We knew there was a prize category for most spectacular event, success or failure,” Eldredge said. “So we included a segment with some of our more dramatic crashes, thinking we might win that category, simply because we catch so many of our mistakes on film.”

The BYU team, however, did not have to worry about any failure at the competition.

“I was told by one of the judges that the voting was unanimous for BYU as the overall winner,” McLain said.

With the much-publicized participation of flying drones in the wars in Afghanistan and Iraq, the scientific and defense communities, as well as the public they serve, are even more interested in high-performance, unmanned aircraft. Miniature airplanes may one day be part of the next generation of unmanned surveillance technology.

“I believe that we are currently on the leading edge of experimental miniature air vehicle research,” McLain said. “Other groups are making good progress as well. To stay in front, we will need to keep pushing forward.” 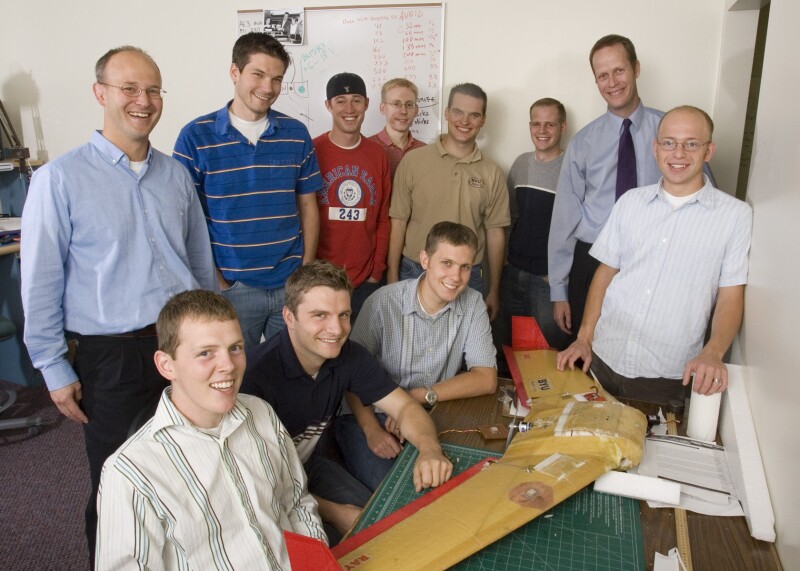 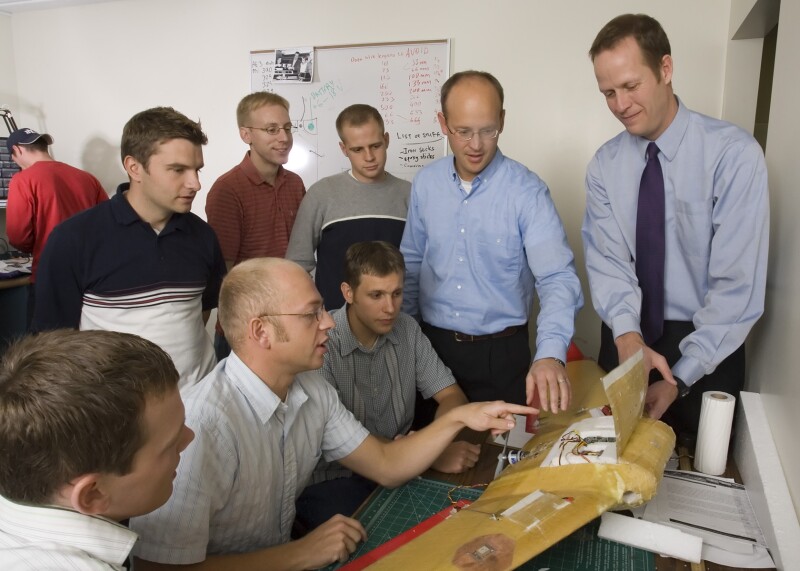 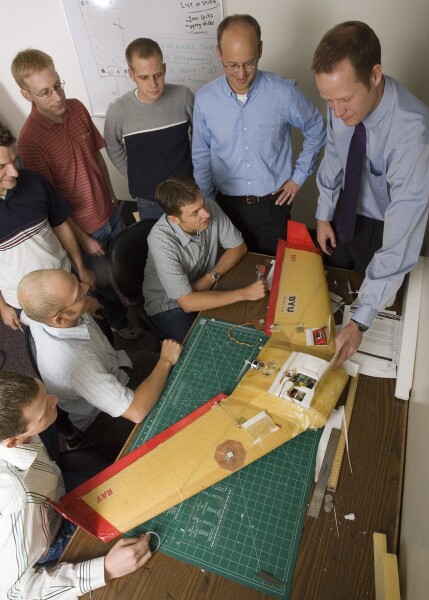 3 of 3
0510-04 053-L.jpg
Jaren S. Wilkey/BYU Photo
1 of 3
Download this Gallery By clicking this link you agree to our Terms & Conditions
Related Articles
data-content-type="article"