Will be broadcast live on KBYU stations

After only one year of construction, the Gordon B. Hinckley Alumni and Visitors Center will be dedicated Saturday, June 23, during a 1 p.m. ceremony on BYU's campus.

The newest campus building, paid for entirely by donors, will offer a gathering spot for visitors and alumni of BYU while also honoring the life and accomplishments of President Gordon B. Hinckley, president of The Church of Jesus Christ of Latter-day Saints and chair of the BYU Board of Trustees.

"Like its namesake, this building will be a blessing to this university," BYU President Cecil O. Samuelson said. "It is proper that this particular building be named for him as a token of love, respect and appreciation for all he has done, does and will do for BYU."

President Hinckley will preside at the ceremony and will be accompanied by the First Presidency of The Church of Jesus Christ of Latter-day Saints. President Samuelson will conduct the afternoon ceremony and Elder Richard G. Hinckley of the First Quorum of the Seventy, son of President Hinckley, will offer the dedicatory prayer. The event will be broadcast live on KBYU-TV, BYU Television, BYU Radio and KBYU-FM. Seating will be limited in the Hinckley Center, although the ceremony will be broadcast on campus in the Varsity Theater and the Joseph Smith Building Auditorium. Rebroadcast information can be obtained from byubroadcasting.org.

President Hinckley and family members, along with the First Presidency of the Church of Jesus Christ and members of the BYU Board of Trustees, broke ground for the Hinckley Center on President Hinckley's 96th birthday, June 23, 2006.

"This is not just another construction project," said King Husein, owner of Span Construction and Engineering, who, along with Okland Construction, erected the center. "There's a different and special feel to the building. People have stepped up their commitment on this project."

The Hinckley Center, which sits at the crest of the hill where the former Alumni House stood, is approximately 83,000 square feet and comprises four levels. It provides a central location for the Alumni Association, Annual Giving and Public Affairs and Guest Relations. More than 70,000 individuals have donated to the building, including 49,000 alumni and 8,000 students.

Despite the unprecedented building pace, crews kept in mind the significance of the project during construction, said Span building superintendent Don Breneman.

"Everyone cares about the building," Breneman said. "On this job, I've seen workers bringing their families to the site and taking pictures of what they're doing -- and you don't usually see that on a construction project."

The dedication ceremony will be broadcast live on KBYU-TV (Channel 11), KBYU-FM (Classical 89), BYU Television and BYU Radio. It will be rebroadcast on KBYU-TV on Sunday, July 1, at 10:30 a.m. and on KBYU-FM on Sunday, June 24, at 1 p.m. Other rebroadcast times may also be scheduled. Visit byubroadcasting.org for a complete schedule. 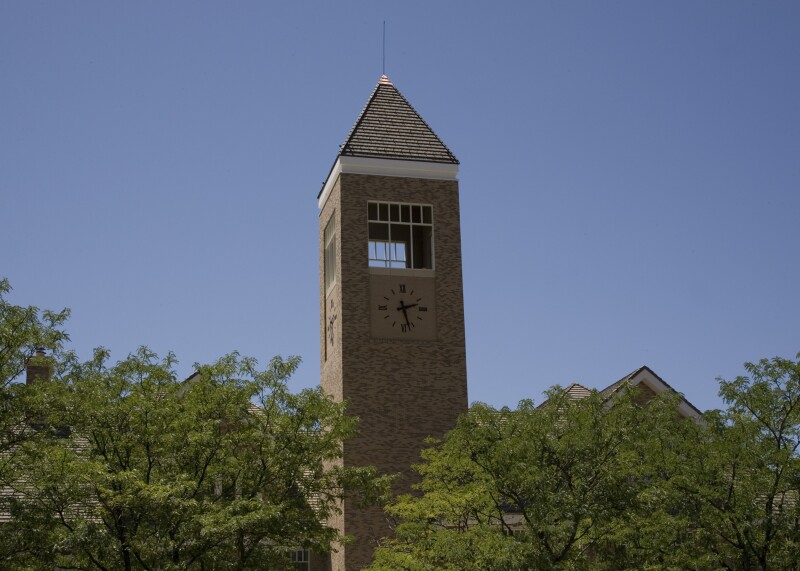 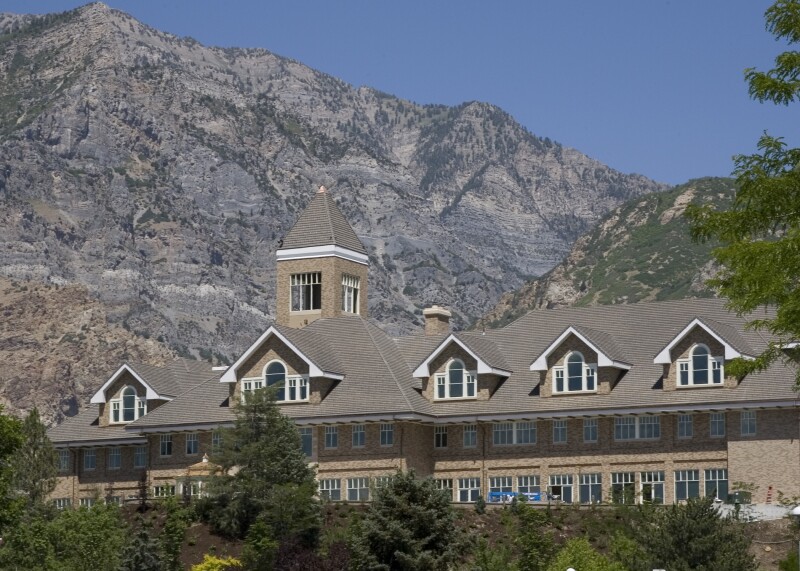 2 of 2
GBHB2.jpg
Mark A. Philbrick/BYU Photo
1 of 2
Download this Gallery By clicking this link you agree to our Terms & Conditions
Media Contact: Carri Jenkins
Related Articles
data-content-type="article"