The Brigham Young University Department of Dance presents "Ballroom in Concert" Friday and Saturday, April 9-10, at 7:30 p.m. in the Marriott Center.

A matinee performance will be given Saturday, April 10, at 2 p.m.

This year's concert, "Rhythms of Rio," will be presented by a cast of 164 dancers, opening with the entire company dancing to "West Side Story" with choreography by Jean-Marc Generaux and France Mousseau, who incorporate choreography from the original movie.

"Every year we try and create a brand new show," said Ballroom Dance Division coordinator Curt Holman. "We have new, fresh choreography and I'm certain the audience will really get into it, especially with the infectious Latin rhythms."

An array of energetic and beautiful dances include solo numbers like Karson Denny and Jenny Grow's foxtrot "Singin' in the Rain" and Christian Presley and Andrea Parker's "Tango Argentino."

U.S. Amateur Cabaret Champions Natalie Wakefield and Judd Gines will perform "Somewhere Over the Rainbow," the dance that secured their title at the U.S. Dancesport Championships in March.

Additionally, the concert will include an exciting new cha-cha, "Pao Pao," choreographed by James and Jaana Kunitz from San Diego, and the exciting Latin finale featuring Brazilian percussionist Scott Homer.

To add another dimension of vibrancy to the program, the concert will include the use of complicated lifts, creative costuming and eye-catching flair as dancers perform. Prominent stylistic touches throughout the entire concert accentuate the excitement conveyed through the choreography.

"This is really the culmination of our entire academic year's program," Holman said. "This concert is what the five performing companies have worked toward all year long."

BYU senior Hilary Smoot, who has performed with the Ballroom Dance Company for three years, says the dancers look forward to the concert as much as the audience.

"Because we tour, we don't often get to perform for our family and friends," she said. "There is a different energy that comes from the crowd at BYU than anywhere else, and that's what makes it really special."

BYU has the largest collegiate ballroom dance program in the world.

"You really shouldn't miss the concert," Holman said. "It's an amazing opportunity to come and witness this. There's not a chance you could see a show like this anywhere but BYU."

The Ballroom Dance Company holds international renown and a reputation for performance and competition excellence.

The company has won the U.S. National Formation Dance Champion Team title consecutively since 1982, and since 1971 has received 16 first-place awards at the British Open Ballroom Dance Competition.

In May and June of 2004, the company will share their unique style of performance during their tour through the United Kingdom and Western Europe. The group is returning to England, Belgium and France and is visiting Spain for the first time.

Beginning in Blackpool, England, the Ballroom Dance Company will compete in both the Modern and Latin Formation Championships at the Blackpool Dance Festival, one of the world's most prestigious competitions.

Formed in 1971, the company has performed in 31 of the United States and in 30 countries, in Europe, East Asia, Southeast Asia, the Middle East, South Africa and the South Pacific.

Lee and Linda Wakefield, the artistic directors of the Ballroom Dance Company, both hold memberships in the Imperial Society of Teachers of Dance and have degrees in Standard and Latin dancing. 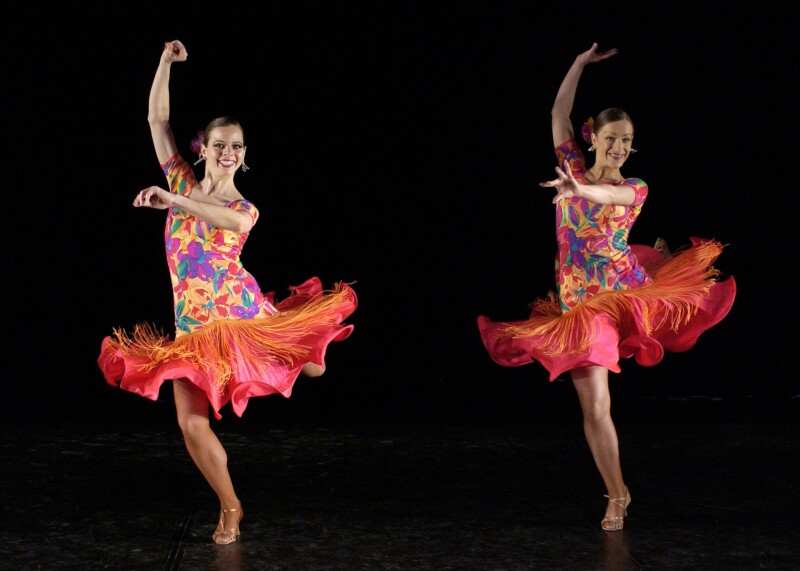 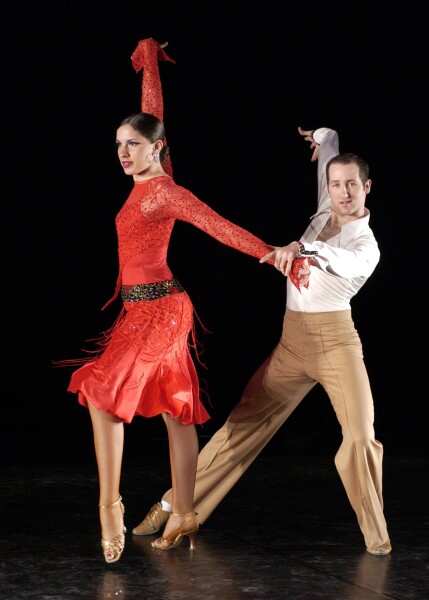 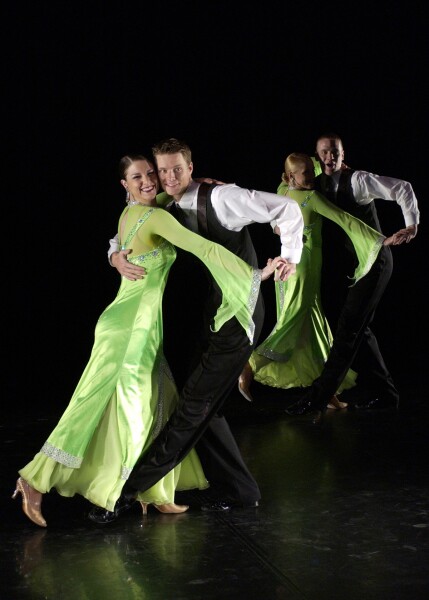 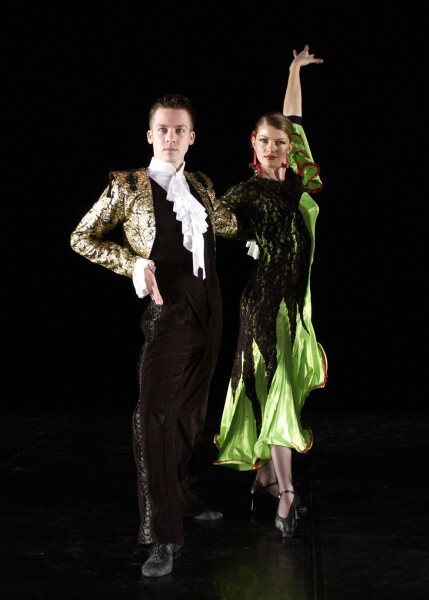 4 of 4
ballroom4-h.jpg
Mark A. Philbrick/BYU Photo
1 of 4
Download this Gallery By clicking this link you agree to our Terms & Conditions
Related Articles
data-content-type="article"