For the second year in a row, Brigham Young University's animation program has won a "student Emmy"-- two, in fact. The Academy of Television Arts and Sciences Foundation, the non-profit, educational arm of the organization that awards the Emmy, announced BYU's student-produced short films "Faux Paw: Adventures in the Internet" and "PetShop" as winners in separate animation categories.

The foundation's award ceremony, March 14 at the Leonard H. Goldenson Theatre in Hollywood, is designed to honor the most outstanding college television talent by recognizing the achievement and collaboration of students who handle creative and production tasks. The award is commonly referred to as the "student Emmy" and will be awarded to student producers J. Chad Erekson for "Faux Paw" and Bruce Holt for "PetShop."

"This award is overwhelming," said Erekson, who oversaw each phase of the film's development. "It's like my career is heading on a freight train, and I'm along for the ride."

"The fact that we went from having absolutely no knowledge of 3-D animation to making an Emmy award-winning film is pretty incredible," said Halvorsen, who currently works for Avalanche Software, a video game development company in Salt Lake City. "It definitely speaks to the caliber of people on the 'PetShop' team and in the BYU animation program."

The quality of "Faux Paw" has impressed government and corporate coalition members, including the FBI, the U.S. Department of Justice and the National Center for Missing and Exploited Children, said Kelly Loosli, an assistant teaching professor in BYU's Department of Theatre and Media Arts and student advisor on the film.

"They were even more impressed that the film was made by students," Loosli said. "Our students' efforts have allowed the Leavitts' vision to be articulated at a level that attracted support, and the long list of sponsors and states affiliated with 'Faux Paw' is a reflection of the high-quality work our students have created."

BYU's four-year-old animation program now owns three student Emmys and a "student Academy Award"— a feat, considering that more than 500 films are submitted to most festivals and competitions. The quality of student work has placed BYU's animation program on studios' lists of key hiring institutions, said R. Brent Adams, an associate professor in the School of Technology.

"The major studios watch for these awards," said Adams, who oversees BYU's animation program. "Their recruiters are calling and asking when they can meet with our students. That's not something that happens to most animation programs in the United States."

"You can see how the program is improving," Erekson said. "It's building. It shows that we have a wider scope. Our program doesn't just have a 3-D focus—we're working on developing the whole animation art." 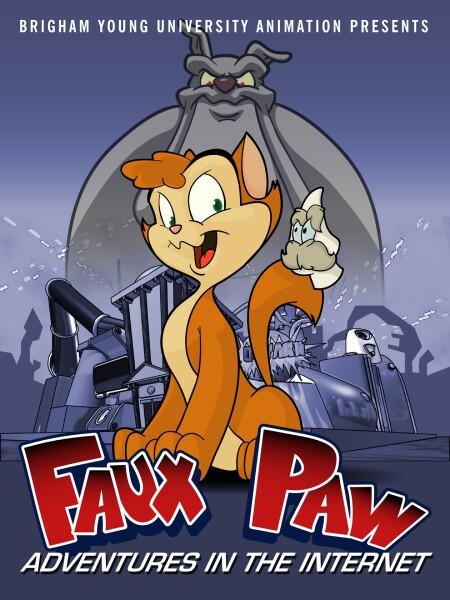 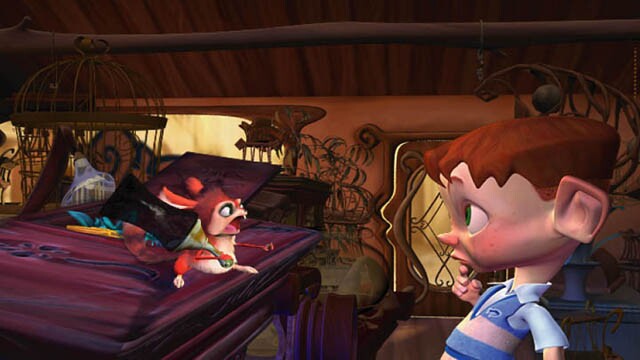 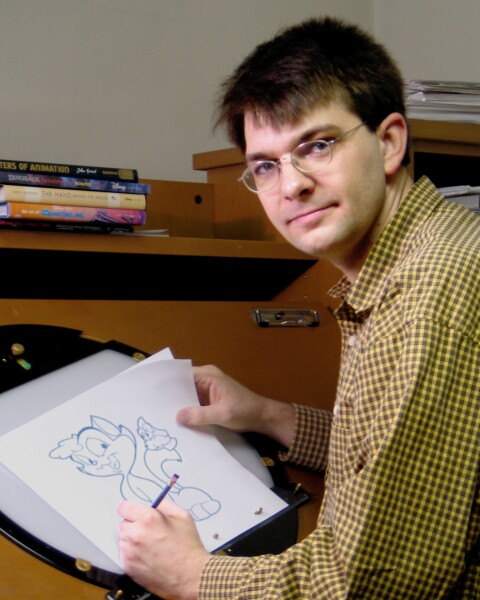 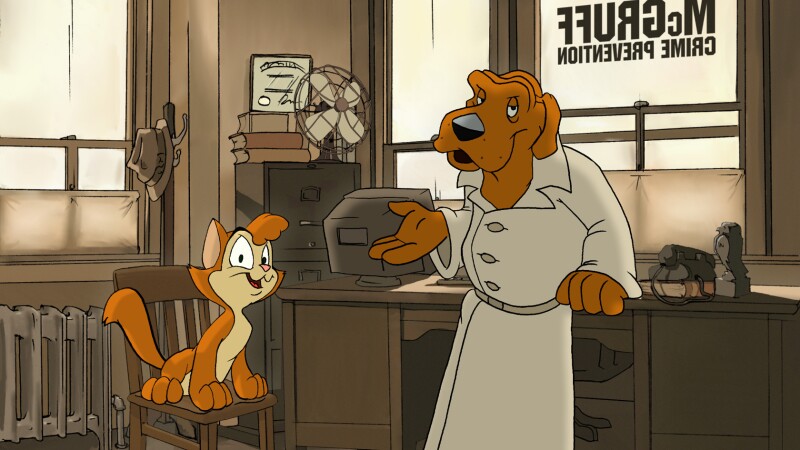 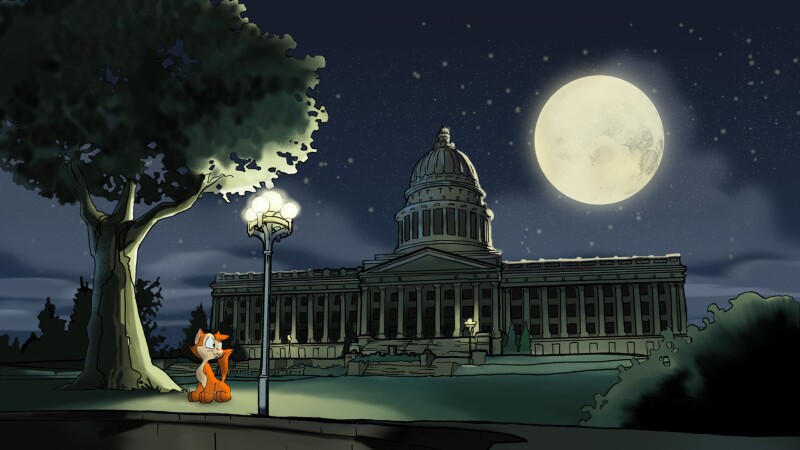 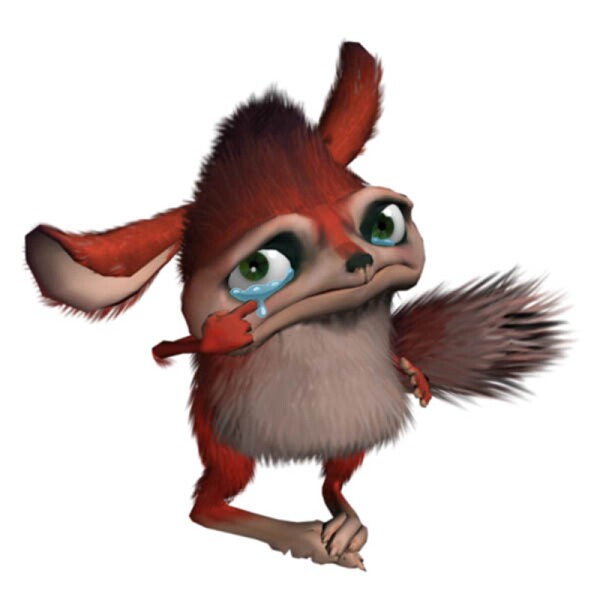 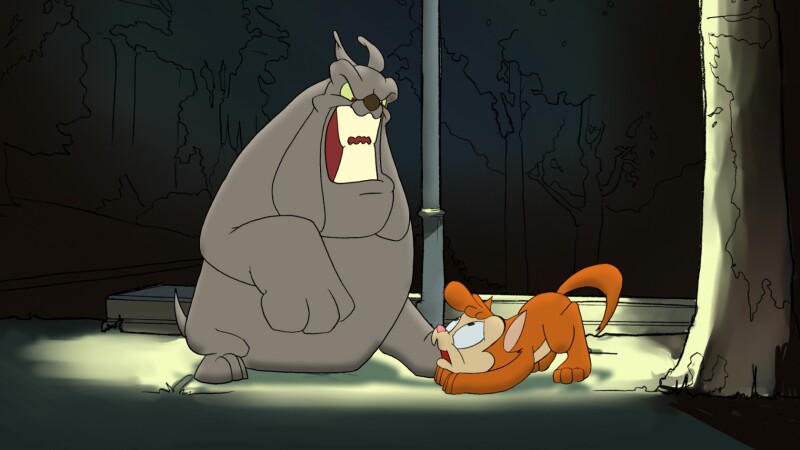 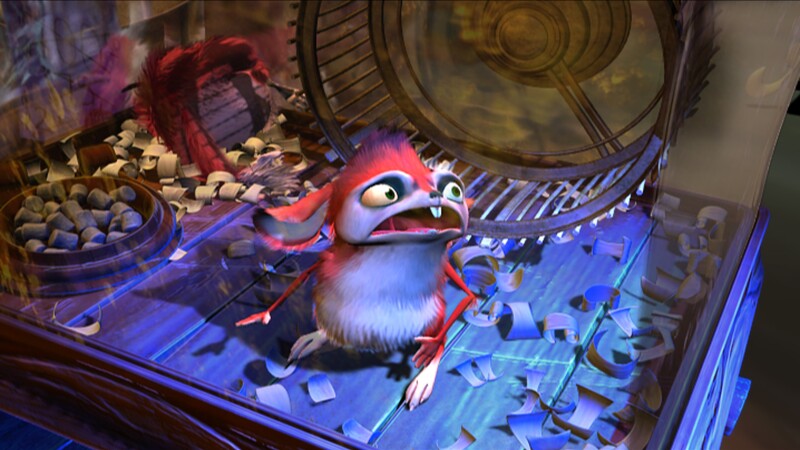 9 of 9
lou-h.jpg
BYU animation program
1 of 9
Download this Gallery By clicking this link you agree to our Terms & Conditions
Related Articles
data-content-type="article"