The prize: A Bronze Pencil from the One Show Entertainment

BYU Ad Lab is first student-run ad agency to win a professional Pencil from the One Show Entertainment.

The One Show is considered one of the top advertising peer-review awards shows.

The BYU Ad Lab has become the first student-run ad agency to win a professional award from the One Show Entertainment, one of the advertising industry’s top honors.

The Ad Lab teamed with ad agency McCann Erickson to win a Bronze Pencil in the music category for the music video they made during last summer’s world-record-setting water balloon fight on BYU’s campus.

(The pencil is an academic symbolic of the respect peers have for one’s work.)

“The One Show is a prestigious creative awards show,” said McCann account executive Jordan Wheeler. “For students to win is pretty ridiculous. For these [BYU] kids to come out of school with a One Show Pencil from the professional category is amazing. Winning a professional Pencil is a big deal.”

Wheeler, a BYU Ad Lab alum himself, reached out to Sheets when McCann needed help moving forward on a campaign teaming up Holiday Inn with musician Kyle Andrews.

The Ad Lab, which is part of the BYU Dept. of Communications, had been working with BYU’s admission office to create a water balloon fight as a way of promoting spring and summer enrollment. Then, when McCann asked for help creating a music video for Kyle Andrews, the Ad Lab pitched the idea of filming the video in the middle of the fight.

McCann’s creative team loved the idea, so the Ad Lab got to work coordinating with the music artist, BYU’s enrollment folks, the McCann team and BYU’s film department.

On July 23, 2010, the Ad Lab filmed the music video while 4,000 BYU students threw more than 120,000 water balloons to break the record for the world’s largest water balloon fight.

And now the Ad Lab has a One Show Pencil to show for it.

“This is separating our students as being literally the best in the industry,” Sheets said. “While still being students, they are showing that their work is as good and as valid as anything done in the industry.”

“Attending the One Show was an amazing experience for a student,” Thiot said. “The work that won awards was amazing, and to be included in that group was special and humbling. All the advertising professionals looked very surprised when we told them we were students. They had simply assumed that if we were winning this award, we were one of them.”

Added Stevens: “Everyone we met at the award show and agency visits seemed to be blown away we were able to help win an award like this as students.”

Ad Lab alums such as Wheeler say these type of experiences put Ad Lab students in excellent position to land internships and jobs at the top agencies.

BYU Ad Lab graduate Brent Anderson is another example of one who did just that. Now an art director at TBWA\Chiat\Day in Los Angeles, Anderson won a Gold Pencil Wednesday evening for a campaign he worked on for Gatorade.

“While we were in school we had some pretty crazy opportunities,” Wheeler said. “I definitely feel like the program does a great job with job placement and giving the students opportunities to do actual real-world work with national clients and national agencies and making real quality connections. And the work that they’re doing is top of the line.”

Thanks to the opportunities Wheeler had as a student, he continued the cycle by reaching out to the Ad Lab. Others, such as Brent Anderson, are doing the same.

“I'm incredibly grateful for the opportunities I've had because of the BYU Ad Lab and the advertising program,” Thiot said. “No other program in the nation could give me what I've gotten from BYU.” 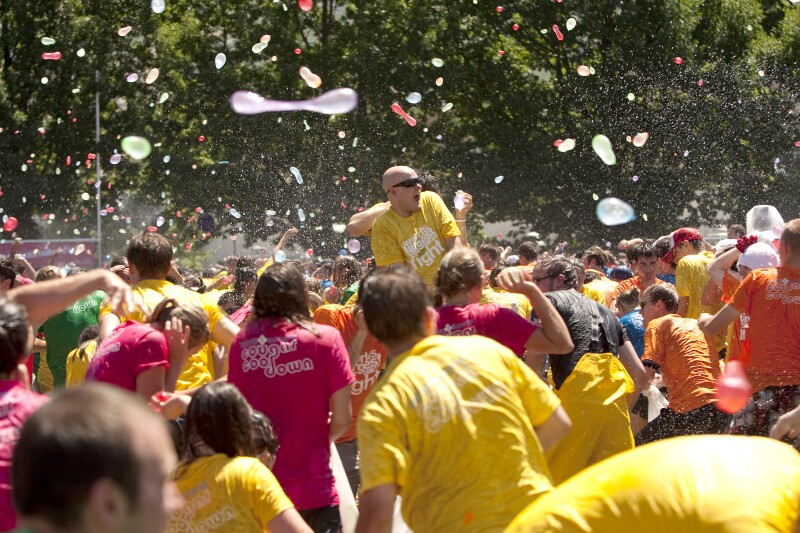 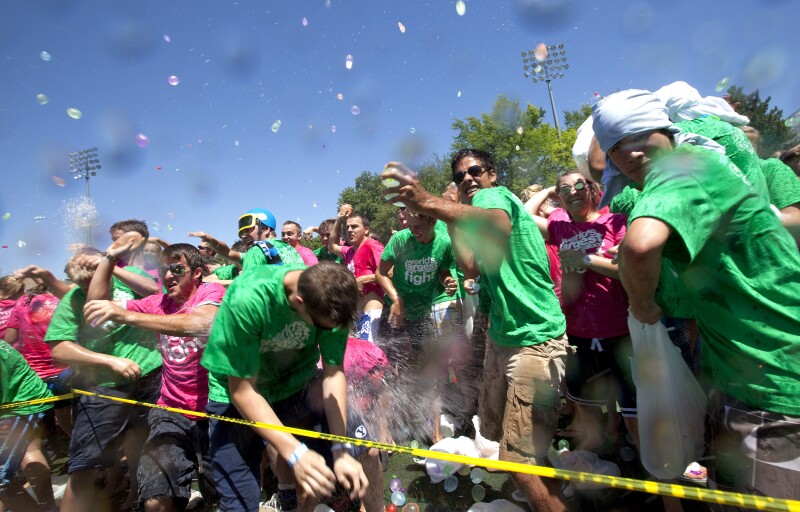 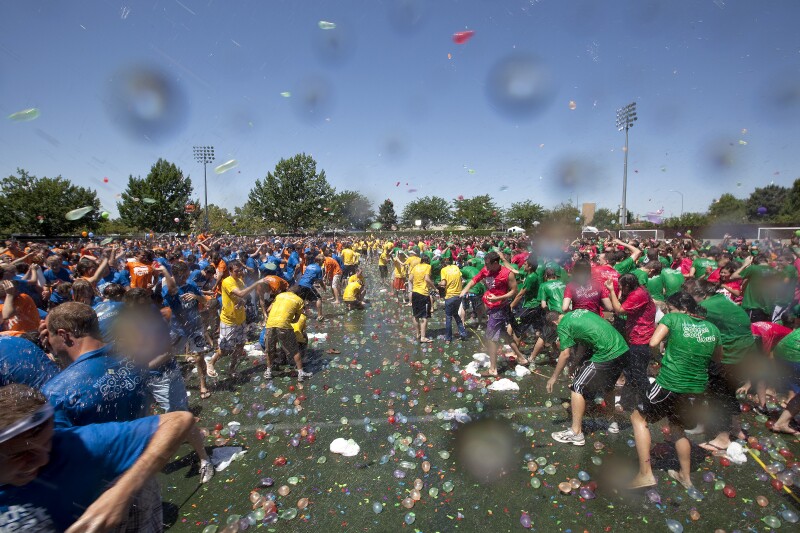 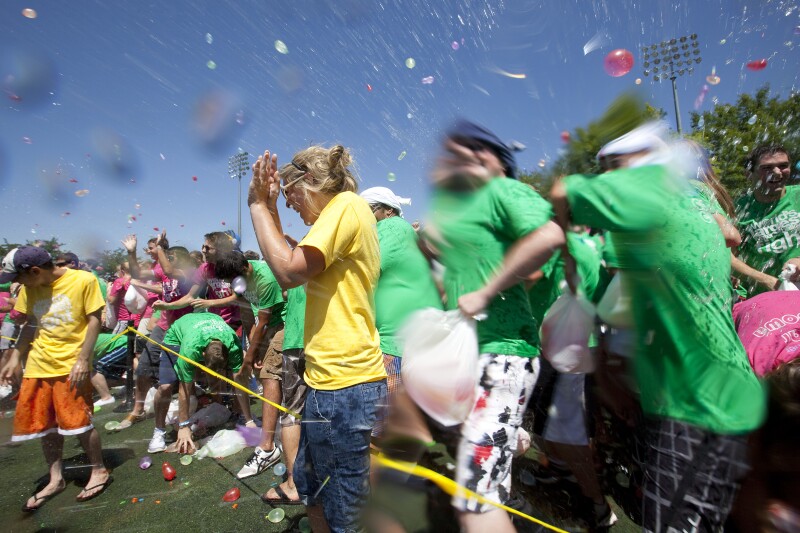 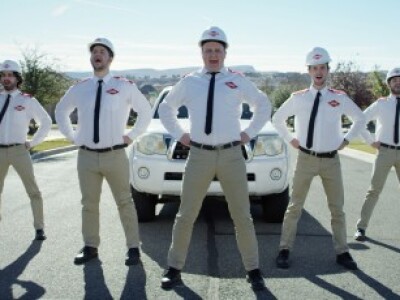 By Andrea Christensen
With a video one judge called "so genius," BYU students beat out 500 other submissions to nab top prize at the ANDY awards. 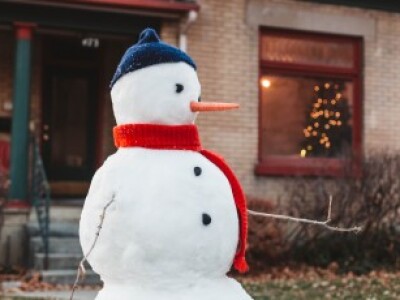 By Andrea Christensen
BYU’s student-run ad agency created a compelling video to encourage the community to support the homeless during the holiday season. 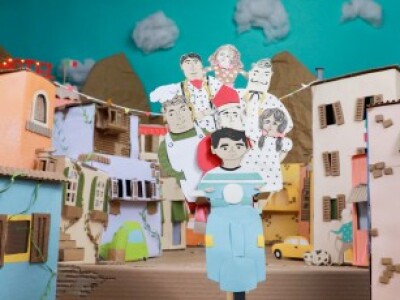 By Andrea Christensen
A team of BYU students took the top prize in the country’s most competitive student advertising competition — for a project they did not for a class or client, but for fun.