Just in time for the season premiere of NBC’s Emmy award-winning “The Office,” a BYU humanities professor has published research showing how your favorite character from the show is likely based on a centuries-old formula for comedic greatness.
Professor Kerry Soper’s study appears in this month’s Studies in American Humor.

“Even though this sitcom is a sort of anti-comedy, the writers have intentionally — or perhaps less consciously — assigned Dwight, Jim, Pam and Michael archetypal positions in the show, comedic types that are difficult to get away from because they are so deeply embedded in our cultural imagination,” explains Soper.

His undergraduate research assistant, Taylor Ball Brown, parlayed her role in helping write the paper into acceptance at a master’s program at Oxford.

“Almost every time I would read a book for Dr. Soper in looking up a topic, I would find something applicable to my own interests and be able to expand my own academic horizons,” she said. “His work taught me great skills of evidence-based research.”

And the evidence pointed to classic literary foundations for the show’s characters.

Take Dwight, Soper says. He’s someone unwilling to change or engage in progressive, comedic activities. He takes wordplay literally and is fixated on authority. When you think about it, he starts to sound like As You Like It’s Jaques, a moody cynic who is generally unsatisfied with the world and is unwilling to open himself to the transformative powers of true comedy.

While other characters such as Jim use comedy and festive occasions to even workplace hierarchies or mock authority figures, Dwight remains humorlessly dogmatic and obsessed with positions of power. The only time he ever laughs is when he is trying to get brownie points for appreciating one of his boss Michael’s lame jokes: “Ha, ha! Very funny, Michael! Very funny!”

Can you guess whom Soper has labeled as the show’s “wise fool”? It’s not the buffoonish clown at the center of the anti-comedy, Michael Scott. It’s Jim, according to Soper, who fits this role closest, as he quietly mocks authority figures with raised eyebrows and clever wordplay. Michael, instead, is a sort of modern melding of the authority figure and the carnival clown — a symptom of the degenerated state of many traditional comedic genres in today’s culture, Soper believes.

The show’s trickster figure is Darryl Philbin, the warehouse worker who usually operates in the periphery, Soper says. He bests his superiors with native wit and guile, such as when he plays upon Michael’s vanities to get a raise. As a puzzled Kelly Kapoor tells the camera, "Darryl Philbin is the most complicated man that I have ever met. I mean, who says exactly what they're thinking? What kind of game is that?"

Soper also looked at the show’s relationships through the lens of what film critics call “screwball comedy.” This genre, popularized by such movies as Bringing Up Baby and Some Like It Hot, tells the story of a couple that seems mismatched or awkward at first, but ultimately reconciles and falls for each other through an unconventional courtship. Characters such as Jim and Pam, Soper says, are modern Shakespearean figures, star-crossed lovers with a couple major twists to fit our time. For example, they are largely more passive than traditional figures in a screwball comedy or a Shakespearean reconciliation comedy (another symptom of the times), but they are ultimately transformed in positive ways by their romantic shenanigans.

“They’re both energized by their wacky courtship,” Soper says. “They can go on a date on the rooftop with things they got out of a vending machine, or organize a mock Olympics together, and you see them both light up. From those playful games, real transformations of character emerge. For example, she was inspired to go to graphic design school and be more assertive and find herself because of this electricity she’s created with Jim during their office pranks.”

Soper’s nontraditional subject required equally creative research methods. He said he “methodically watched every single episode and took elaborate notes,” dividing his observations into categories. He traced situations and jokes through multiple episodes until they became larger themes in the show. Soper teaches the Satire and Comedy in American Culture course each year and in recent offerings has included a lecture/discussion on the show. He found the students’ input from these sessions very helpful for his research paper.

Soper says he’s been a fan of the show since before the British version made a splash on the other side of the pond. Though initially skeptical about the American adaptation, he now considers himself a loyal fan. 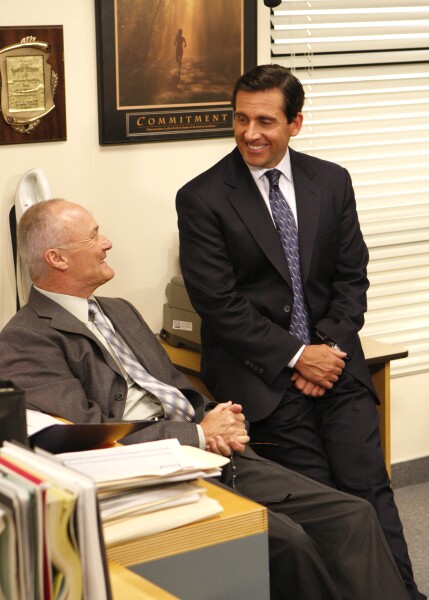 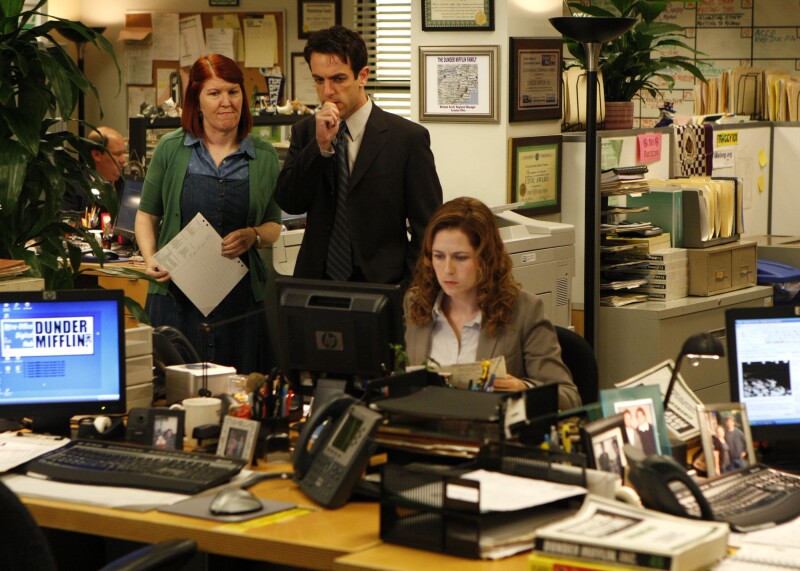 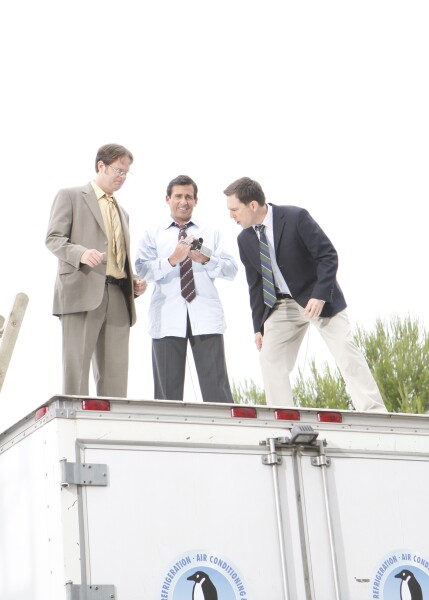 3 of 3
NUP_136177_0182.jpg
© NBC Universal, Inc.
1 of 3
Download this Gallery By clicking this link you agree to our Terms & Conditions
Related Articles
data-content-type="article"