New study: Thousands of lives could be saved by reducing air pollution levels

The estimate of lives that could be saved by further reduction of air pollution levels is more than thirty thousand, which is similar to the number of deaths from car accidents each year.

Research findings from the Center for Air Quality, Climate, and Energy Solutions (CACES) at Carnegie Mellon University show significant human health benefits when air quality is better than the current national ambient air quality standard. The estimate of lives that could be saved by further reduction of air pollution levels is more than thirty thousand, which is similar to the number of deaths from car accidents each year.

CACES’ results, which came from a group effort of multiple collaborators, including BYU economics professor Arden Pope, were published this week in two related studies in the journals Environmental Health Perspectives and PLOS Medicine. The studies examined U.S. mortality related to fine particulate matter pollution (PM2.5), the complex mixture of chemicals that can penetrate deeply into the lungs, contributing to respiratory and cardiovascular disease and premature death. The current U.S. standard for PM2.5 is an annual average of 12 micrograms per cubic meter of air. The new findings indicate that there are significant public health benefits to improving air quality, even in locations where PM2.5 levels are below 12 micrograms per cubic meter.

“These findings are particularly relevant at a time when the EPA is planning to change how it calculates the benefits of cleaner air by dismissing any health benefits below the current standard,” said Allen Robinson, director of CACES and professor of mechanical engineering at Carnegie Mellon. “These benefits are important to consider when evaluating efforts to tackle climate change, such as the Clean Power Plan.”

Another key finding is the substantial health benefits that have occurred from clean-up efforts over the past two decades. For example, in parts of California and some southern states, these efforts are estimated to have increased life expectancy by 0.3 years. “Although there is more work to be done to continue to improve our air quality, it is important to celebrate the tremendous progress that has been made,” added Robinson.

The two studies used very large, national sets of public data. “The fact that they are public data is very important because it means that independent research teams can replicate our results,” said Robinson. “This satisfies legislators’ demands for transparent science and ensures that there is admissible scientific evidence on which to base environmental regulations.”

The study published in Environmental Health Perspectives used public data from 28 years of National Health Interview Surveys linked with the National Death Index to create a uniquely large, well-documented, representative cohort of 1.6 million U.S. adults. The study published in PLOS Medicine used data from the National Center for Health Statistics, examining 18.4 million cardiorespiratory deaths from 1999 to 2015. While the researchers involved in the two studies used different data sets and different methods, the outcomes of the studies are consistent.

“The ubiquitous and involuntary nature of exposures, and the broadly-observed effects across sub-populations, underscore the public-health importance of breathing clean air,” said Pope, the lead author of the Environmental Health Perspectives paper.

“In every county, some people are dying too early at current levels of air pollution, which would make further improvements a truly national priority,” said Majid Ezzati, professor of global environmental health at Imperial College London and the senior author of the PLOS Medicine paper.

Additional collaborators include Cornerstone Research, Harvard University, Health Canada, the National Cancer Center (Korea), the University of Chicago, and the University of Washington. The research was supported by the Center for Air, Climate, and Energy Solutions (CACES) funded by the U.S. Environmental Protection Agency, Grant Number R835873, and the Wellcome Trust.

This release was originally written by Carnegie Mellon University. 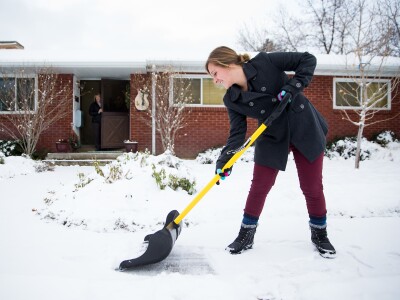